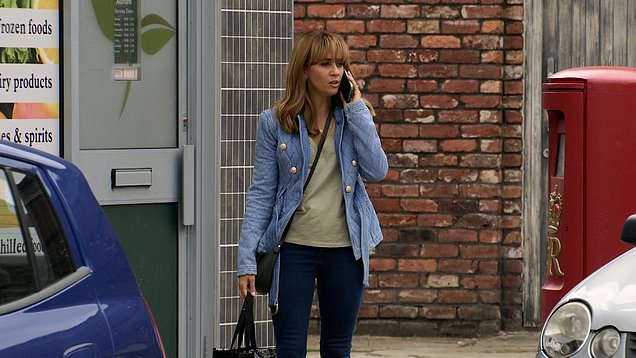 The little lad is playing football with Jack Webster in next Monday’s (August 23) first episode, while mum Maria breaks up with Gary Windass (Mikey North) via phone call.

Maria, however, is not in the mood, and a heated discussion between the three stalwarts ensues, as Sally suggests that she take this matter seriously.

Liam, meanwhile, stops playing football as he starts coughing, and struggling to breathe, he gets down onto the pavement.

Jack calls out for Maria, who is left in shock to see her son gasping for air. 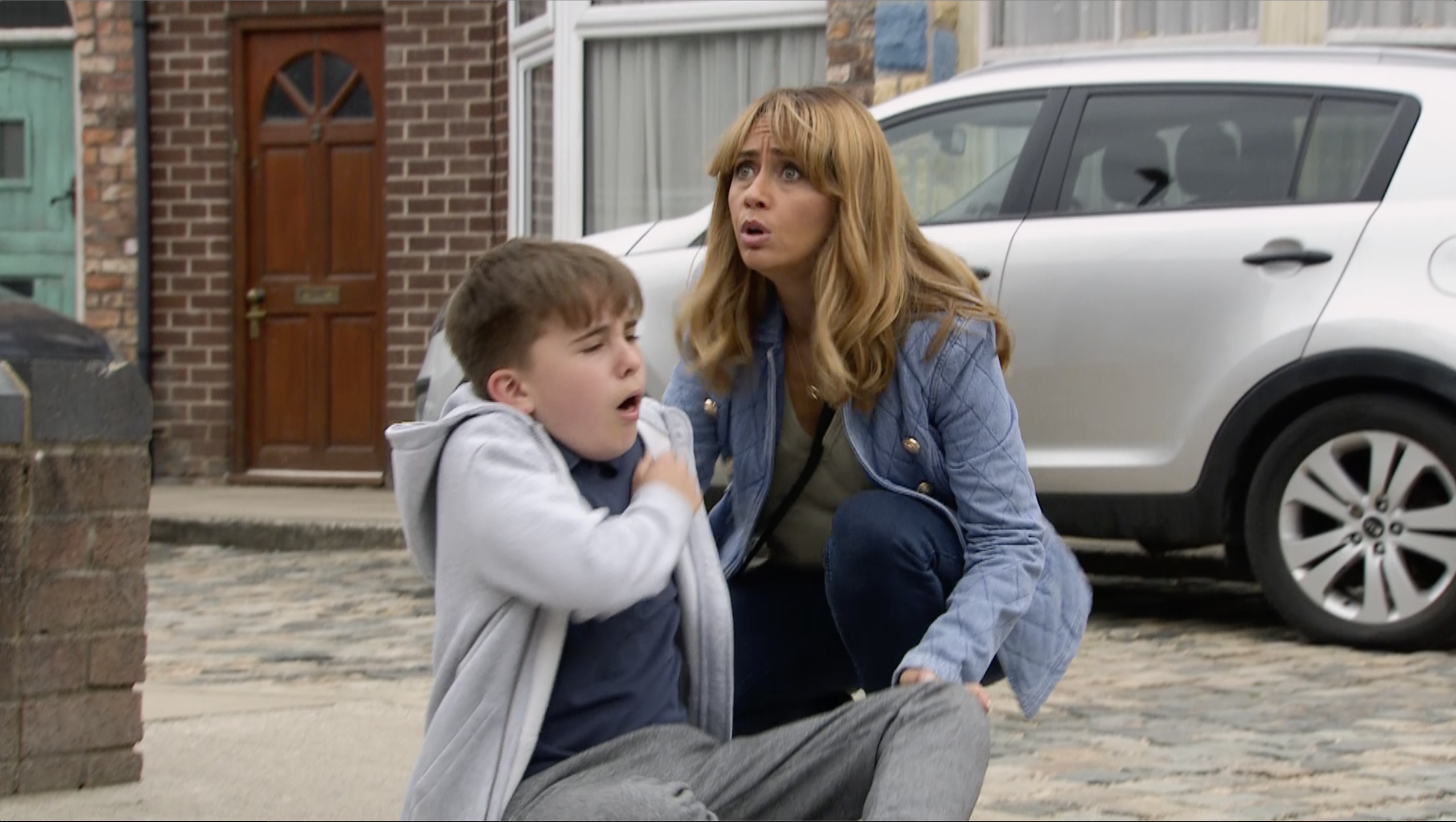 Aggie attempts to assist, while Sally calls for an ambulance.

‘He’s had a bad chest for a few days!,’ says Maria. ‘I just thought it was a chest infection.’

Actress Samia Longchambon, who portrays Maria, spoke about the scenes in question, saying: ‘He’s taken to hospital and it turns out he’s had an asthma attack. The ambulance can’t get down the street because of all the cars parked there which makes it even scarier.

‘At the hospital the doctor says his asthma could have been caused by pollution and because there’s been an increase in traffic and pollution on the street Maria just sees red.

‘She’s fuming and it becomes her mission to get rid of all the vehicles causing the heavy pollution on the street.’