Does Louise Mitchell keep the baby in EastEnders? She's got a big decision to make after telling Keanu Taylor her pregnancy news

YOU'VE got to feel sorry for Louise Mitchell in EastEnders at the moment. Not only is she having to deal with an unplanned pregnancy.

But she has no idea that her baby-daddy was sleeping with her step-mum for months. And it’s only a matter of time before that comes out… 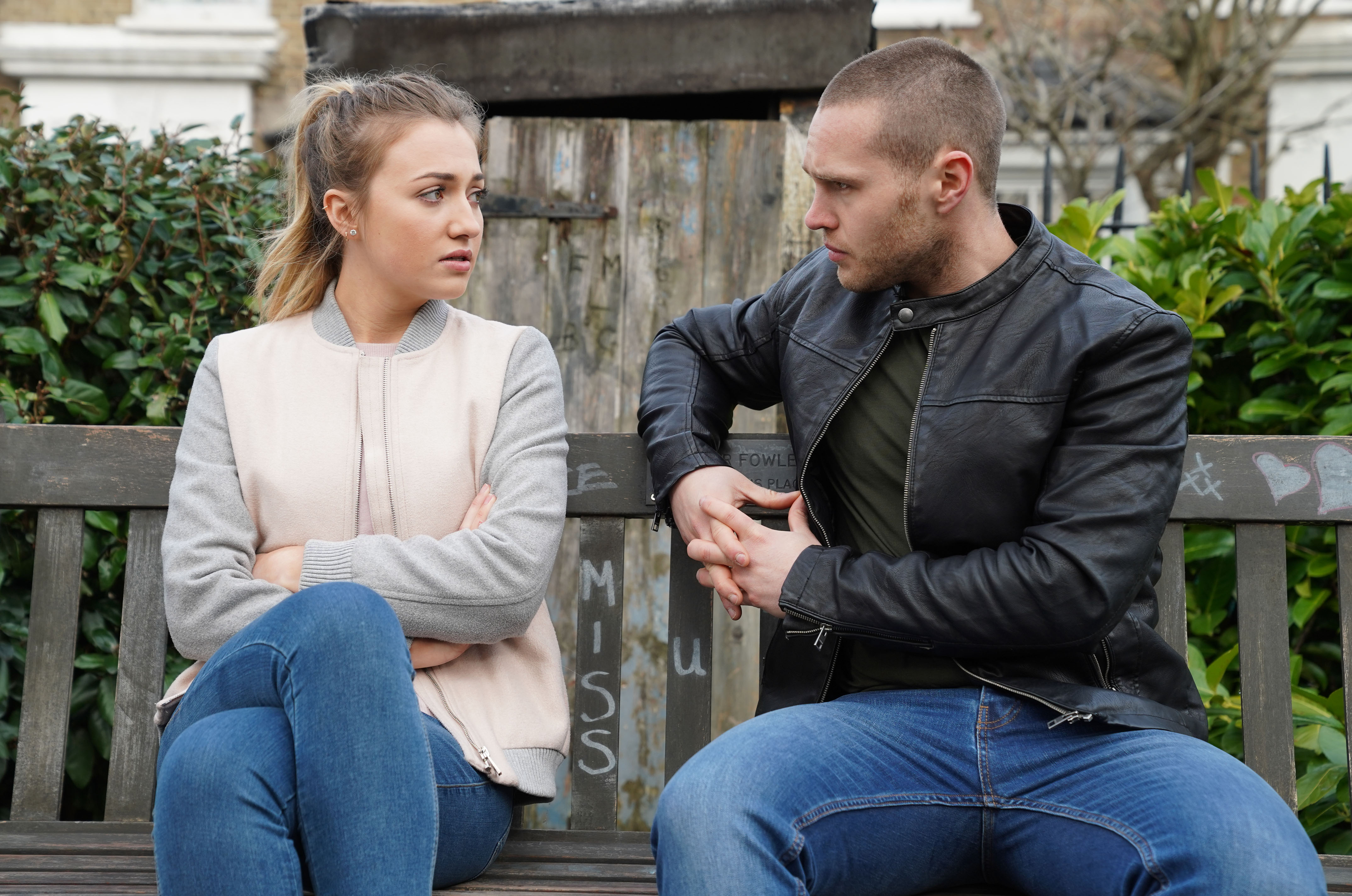 Does Louise Mitchell keep the baby in EastEnders?

The teenager also recently discovered that boyfriend Keanu Taylor was only with her because her dad Phil was paying him to be.

Poor Louise decided that the best thing for her to do would be to have an abortion as soon as possible.

She even told Keanu that the pregnancy test was wrong and that there was no baby at all.

But, while she was telling Sharon that all she wanted was the pregnancy gone, it was obvious that Louise wasn’t quite so sure as she was making out.

The blonde teen had a heart-to-heart with her cousin Lola Pearce, who was a teenage mum to little Lexi.

While Lola didn’t sugarcoat how tough life was as a young single mum, she also told Louise that she didn’t regret the decision to keep her baby.

Lola’s words were clearly playing on Lou’s mind when she spoke to Sharon about her appointment at the clinic later that day.

Sharon told Louise about her own abortion, which she had while she was married to Grant.

She revealed that she got an infection after the termination which left her infertile. Or so she thought. Obviously she went on to have Dennis Junior some years later.

Her words worried Louise though who didn’t want to throw away her chances of having a baby at all.

At the end of yesterday’s episode, Lou revealed to Lola that she hadn’t gone ahead with the termination and was still pregnant.

It’s not yet known if this means that she’ll go ahead and have the baby but at the moment Louise isn’t ready to make such a huge decision.

She’s clearly still in love with Keanu as well while he’s pining after her.

Could there be a happy ending to the mess they’re in?

But with Phil yet to discover that his star mechanic has both bedded his wife and knocked up his daughter, it doesn’t look likely to be honest.