EAMONN Holmes used a walking stick as he visited a food bank while fighting chronic pain.

The This Morning star said how sleep is his "only escape" from the agony after he damaged his back in March. 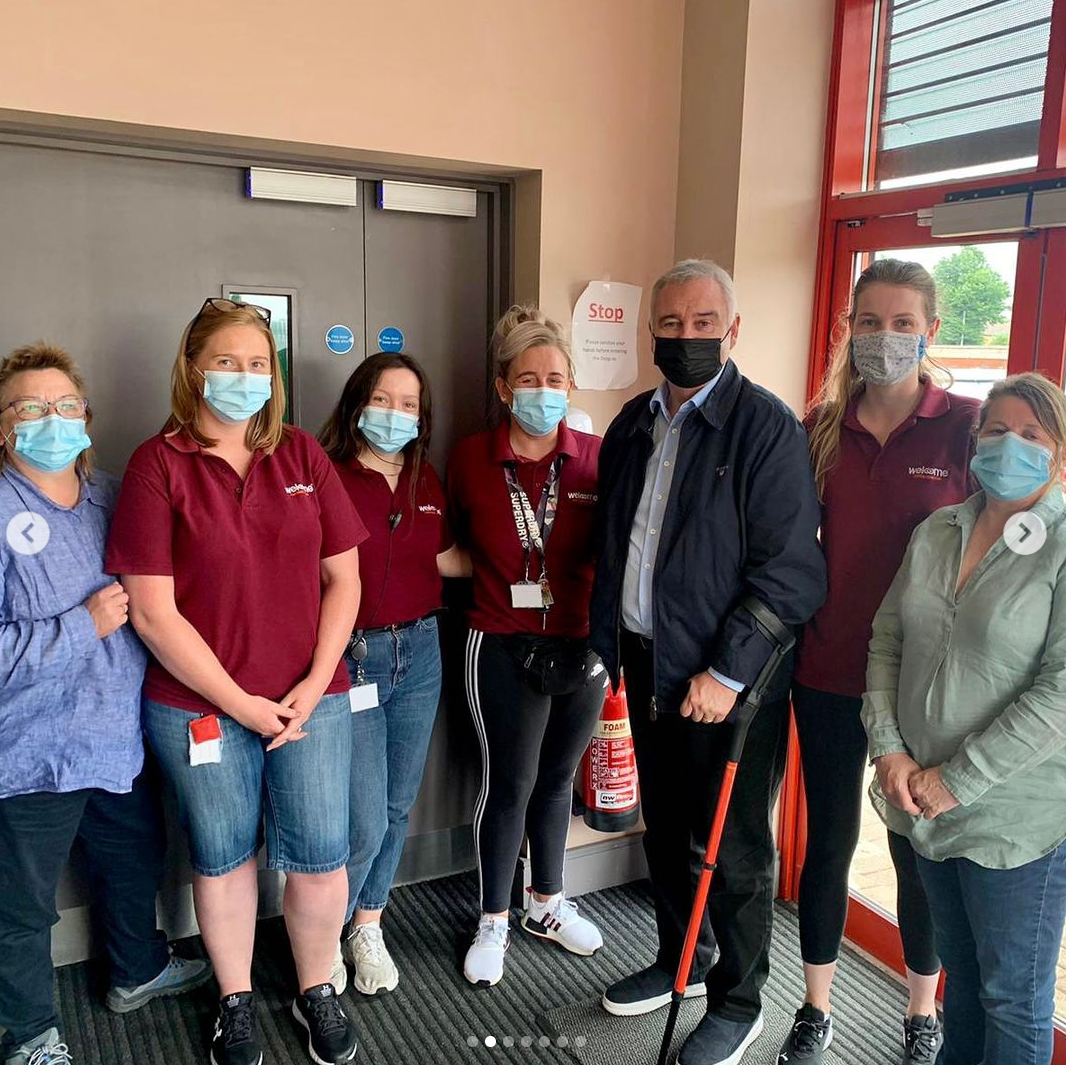 But Eamonn, 61, looked in high spirits mingling with workers at The People’s Kitchen & Divis drop-in centre in Belfast where he grew up.

The presenter rubbed elbows with delighted staff and helped pack crates of food.

The TV star later called the people that worked there "heroes" as he shared on Instagram: "Yes …these are the staff at The People’s Kitchen & Divis drop.in Centre in Belfast.

"The foodbank delivers hundred of meals to the elderly, lonely and kids who go to bed hungry. 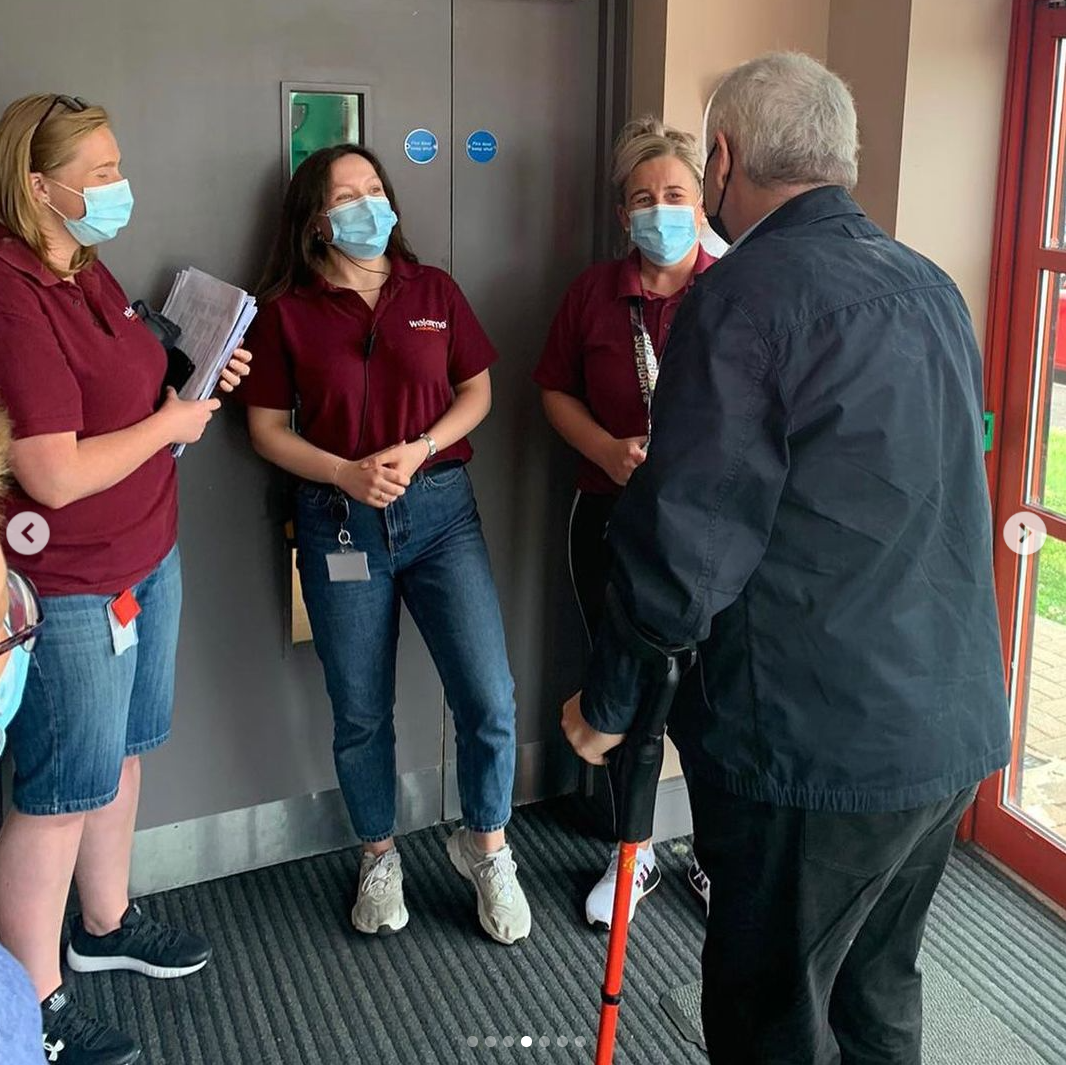 "Food poverty is frightening. Divis drop.in centre cares for people who are homeless, many from the effects of substance abuse. Heroes."

His post attracted a flurry of comments from his 737 thousand followers.

One said: "Wonderful Eamonn love your post’s that are marvellous people ❤️❤️👏👏🌸🍀🌺👍" 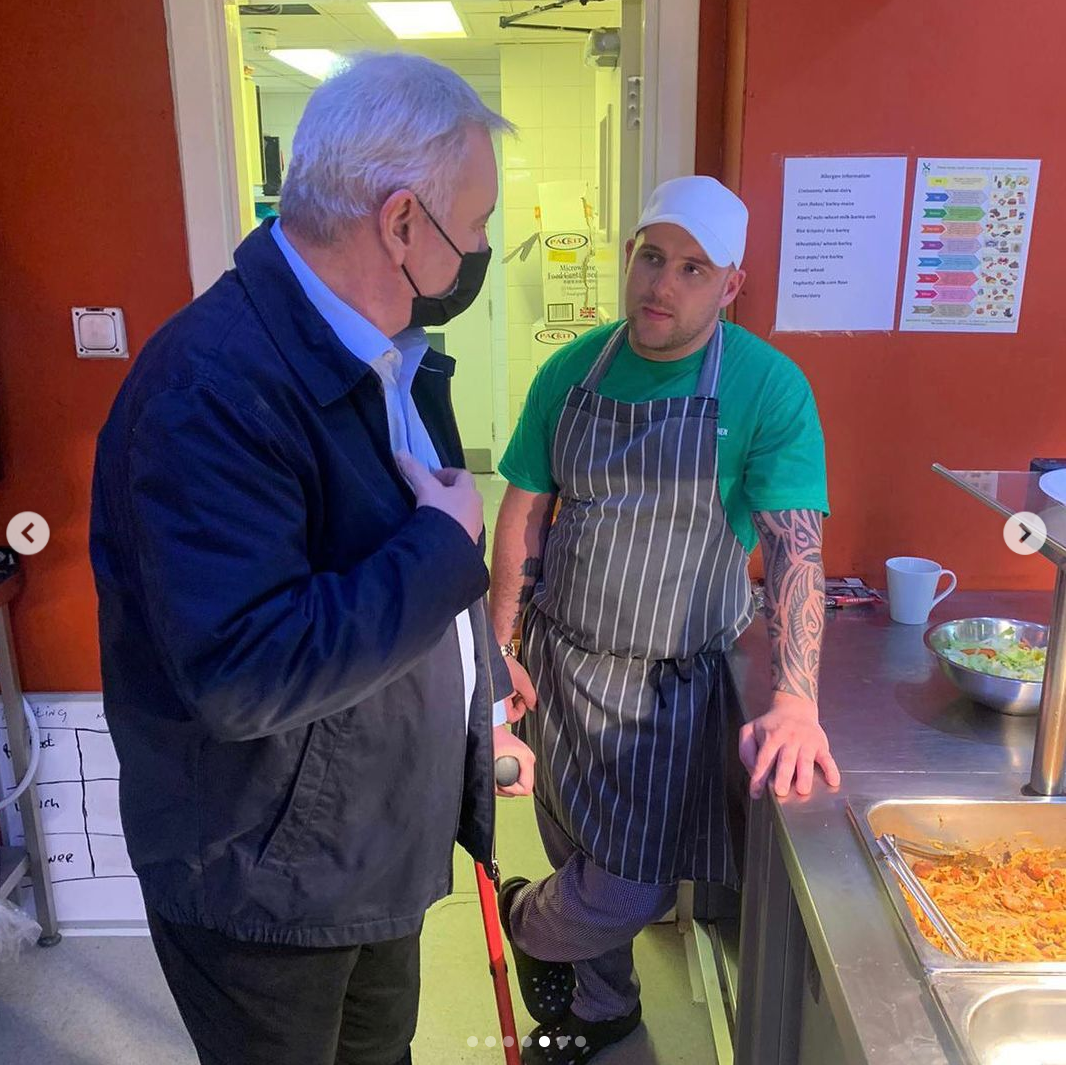 Others wanted to know how Eamonn was faring up, with one writing: "Did you recover after your surgery?

"I was so sorry you had such a pain because I know what is like. Wonderful job . You are truly Irish man. Love from Dublin 🍀"

Eamonn opened up about how he's been unable to sleep because of the pain he's in on This Morning back in April. 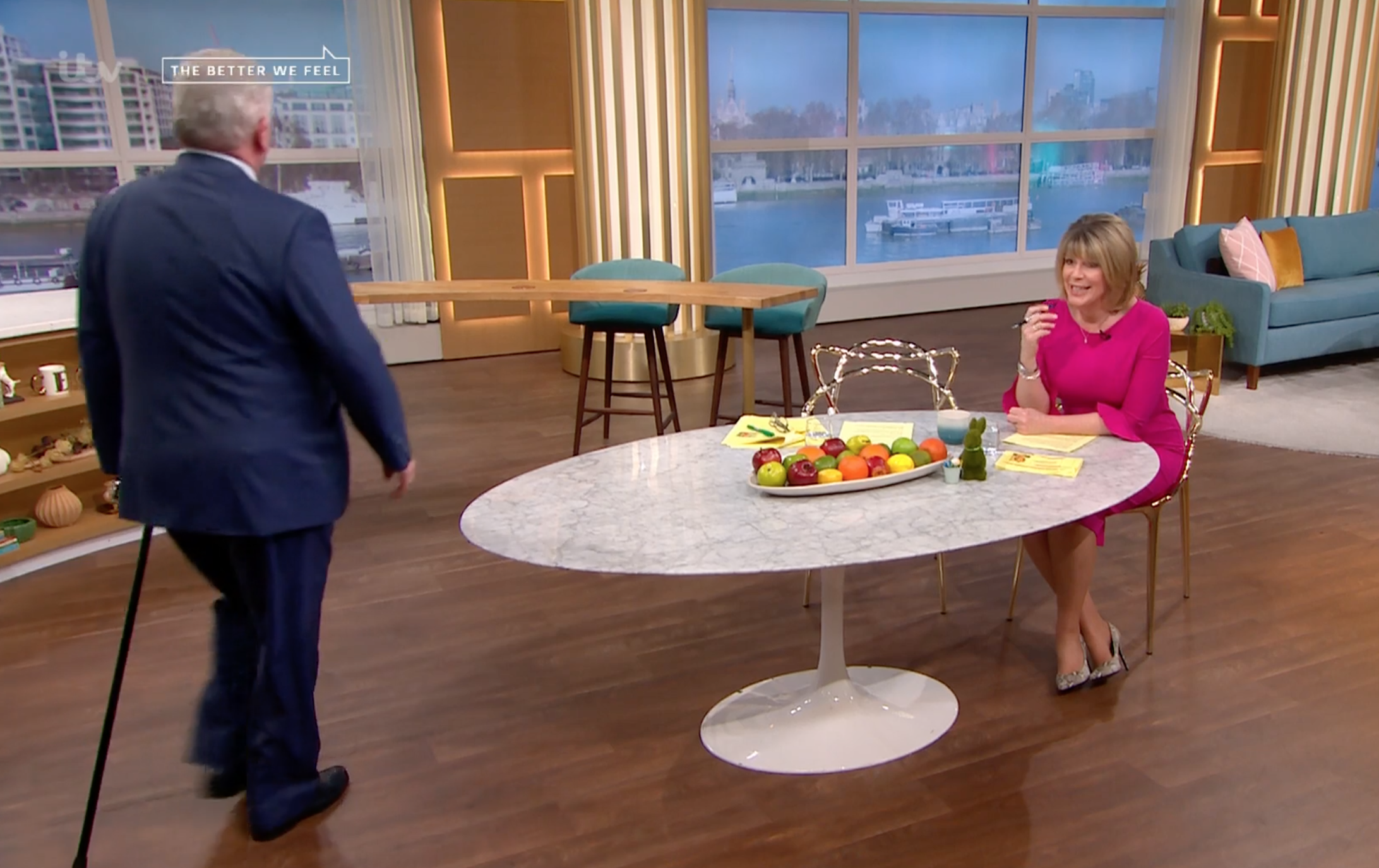 He is awaiting results from an MRI scan after going into hospital on Thursday.

Eamonn told viewers: "About a month ago I did something to my back, I don't know what.

"It could have been getting into a car, getting out of bed, whatever.

"I've got an MRI scan but the problem is everything closes down at Easter so I haven't got it analysed yet.

"What I do know is I can't sleep at night, the pain is worse at night.

"The humbling thing about this is when you go on social media you talk to people about who suffers from this you realise age isn't a barrier, where you live isn't a barrier, how much you earn isn't a barrier… so many of you have this chronic pain from all sorts of different sources." 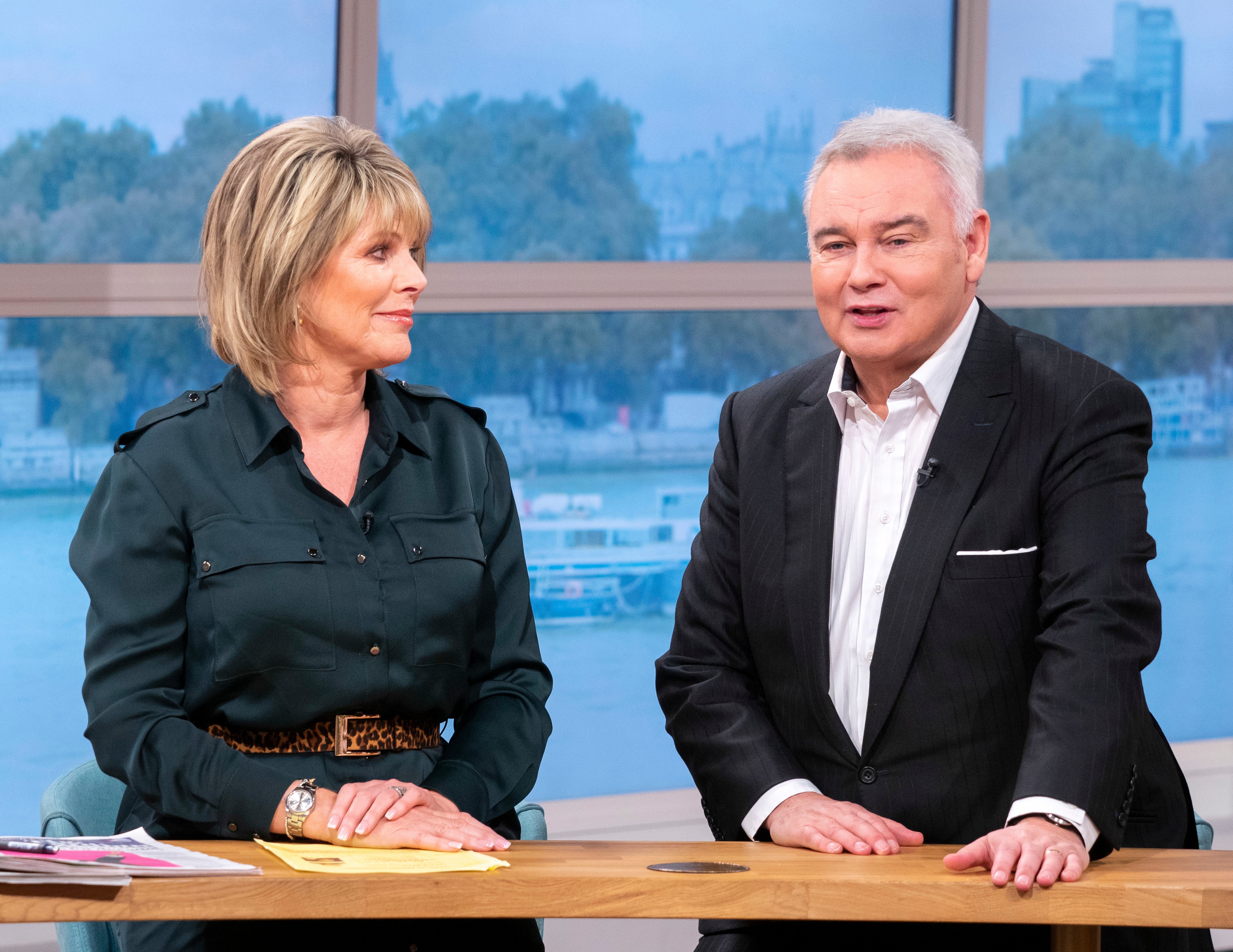