EastEnders' Kathy heartbroken as Ben punches her amid heated showdown 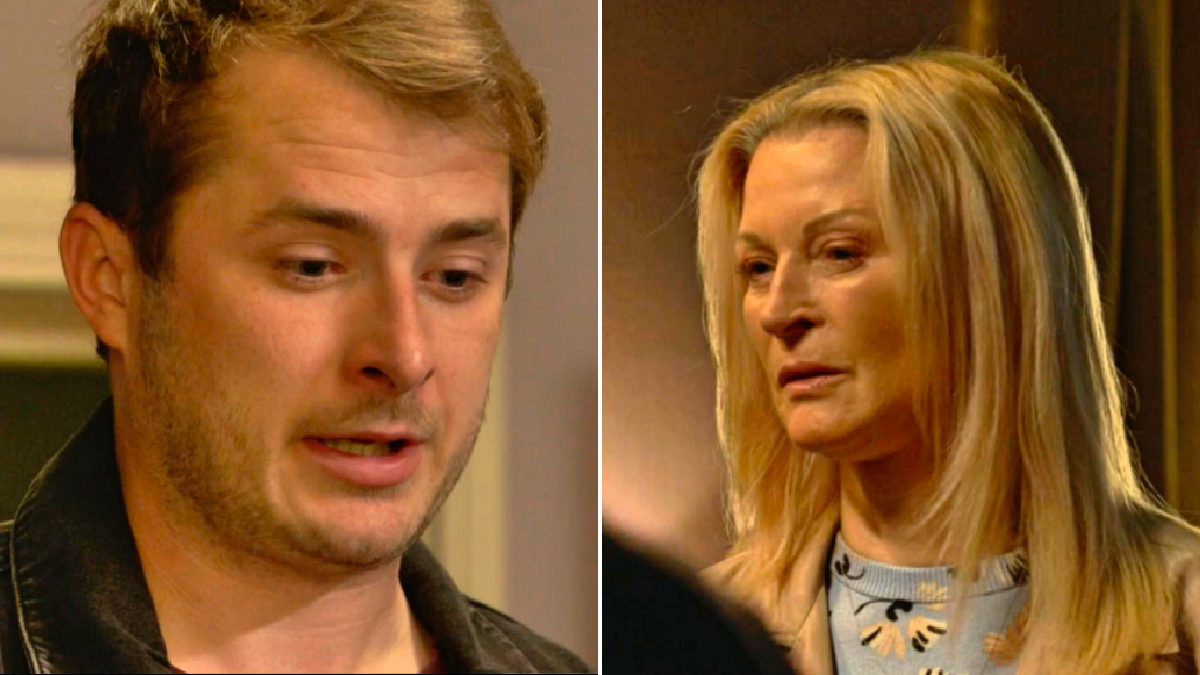 The matriarch, as viewers know, has been incredibly concerned about Ben’s wellbeing as of late, following his rape ordeal.

Ben, last week, was hopeful of a reconciliation with Callum Highway (Tony Clay), but a showdown in the Queen Vic left Callum certain of one thing and one thing only – that he wants no part of the Mitchell clan’s drama.

Kathy was quick to comfort Ben, who was crushed by Callum’s rejection, and Monday’s (July 18) edition of the BBC One soap saw her suggest that he see a specialist who could help him

Ben, however, was not keen on the idea.

Rocky (Brian Conley), meanwhile, was not pleased with the way Ben was continuing to treat Kathy, and therefore he wasted little time in confronting him about it, dishing out some home truths in the process.

Tensions simmered, as Ben didn’t like what Rocky had to say, and one thing lead to another, as violence ensued.

Ben attempted to punch Rocky, but Kathy stepped in to protect her beau. In doing so, however, she ended up on the receiving end of Ben’s violence.

Ben was appalled, as he realised that he’d punched his mum. Kathy was heartbroken, as Rocky tended to her wound.

EastEnders continues Tuesday July 19 at 7:30pm on BBC One