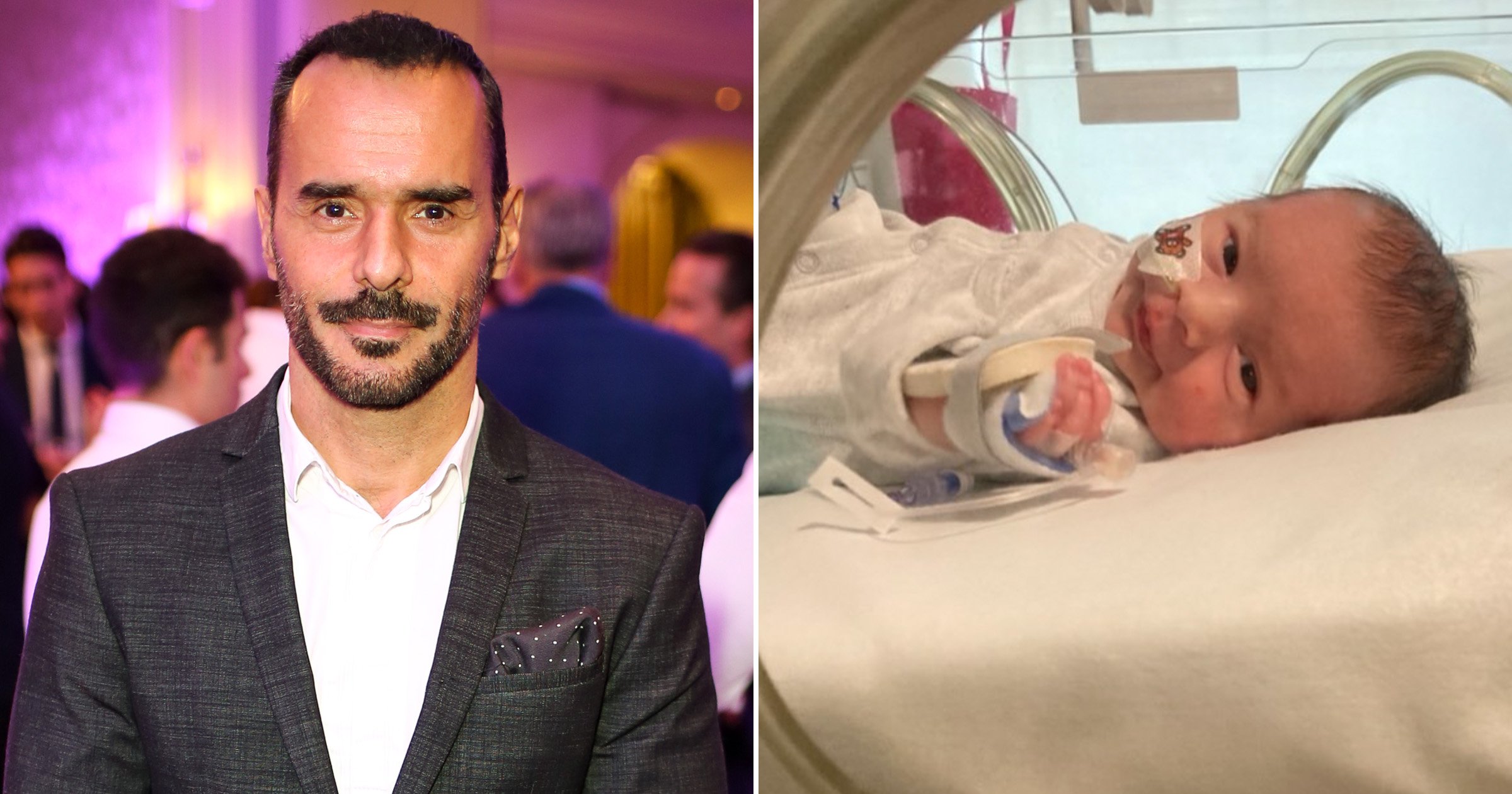 Michael Greco has updated fans on his newborn baby following an operation, revealing the child is still in intensive care.

He had shared that his son Gianluca had been born with gastroschisis, a rare genetic disorder when the baby’s abdomen does not develop fully while in the womb.

Gianluca had undergone an operation to correct it, and Michael revealed alongside a new photo of the baby: ‘My boy. My beautiful boy is still in ICU and fighting to live a normal life.

‘He has become stronger and stronger, day by day, and has given himself an incredible chance of a normal life that every new born baby deserves.

‘He’s a true Greco and has made my heart completely full and bursting with love. Much, much more than I ever thought was possible. Daddy is still a “tad”emotional. I love you Gianluca.’

Michael had announced the birth last week, sharing a photo of the baby with tubes in his mouth and nose: ‘My boy…Gianluca Greco. Born July 1st 2021. Weighing 4.47lbs.

‘The little man was born prematurely due to the fact that previous scans had failed to pick up his rare birth defect called Gastroschisis.

‘The consultant suggested it was best for him to born early so that he could get the necessary care and attention. He was born at University College of London Hospital @uclh Their staff were extremely professional and Mother and Baby could not have been in better hands.’

He added: ‘Dad was a “tad” emotional to say the least! Baby has already had his first operation to replace his bowel where it should belong and is under the worlds best care of @greatormondst where he will be in ICU for a while and most probably for up to 6 weeks.