EastEnders’ Kush Kazemi (played by Davood Ghadami) agreed to take the wrap for a car heist he was involved in with the Mitchells but changed his mind in court. The market trader had agreed to confess to a host of other Phil Mitchell (Steve McFadden) crimes in exchange for a huge payout but his change of heart could mean Kat Slater (Jessie Wallace) will be the one punished for the crimes.

Last year, Kat asked Phil for help in carrying out a safe robbery at the office premises where she worked as a cleaner.

The Mitchell hard man turned her down but soon changed his mind when he spotted a series of classic cars belonging to the company owner.

But the market trader failed to get out of the premises in time and was caught red-handed by the police. 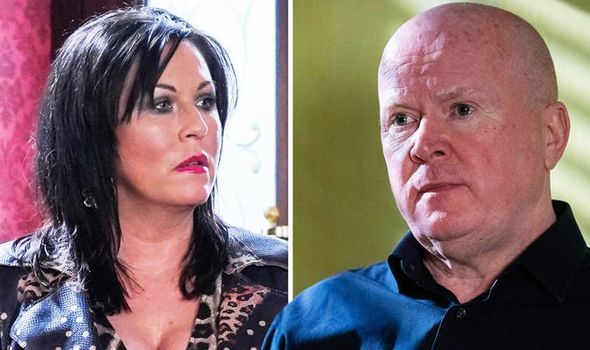 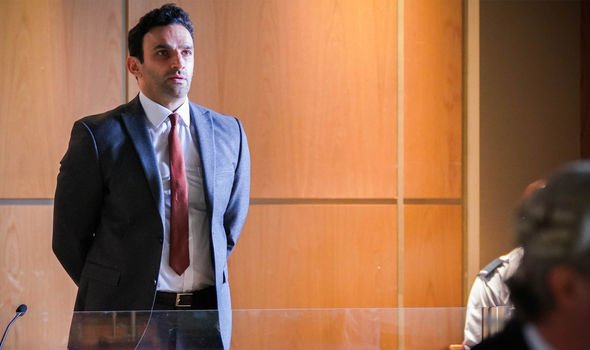 In tonight’s episode of the BBC soap, Kush changed his plea to “not guilty” and named Phil, Ben and Shirley as his co-conspirators.

The judge gave Kush the opportunity to speak after revealing he would be released on bail pending a sentencing hearing.

He said: “On Monday the 16th of November, I went to the offices with the intention of stealing a number of cars.

“But I wasn’t alone, I was there alongside several other people – Phil Mitchell, Ben Mitchell and Shirley Carter.” 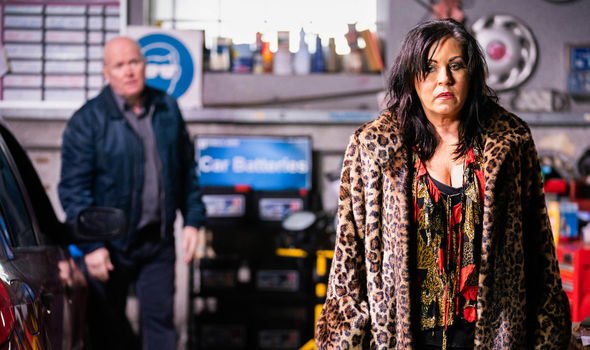 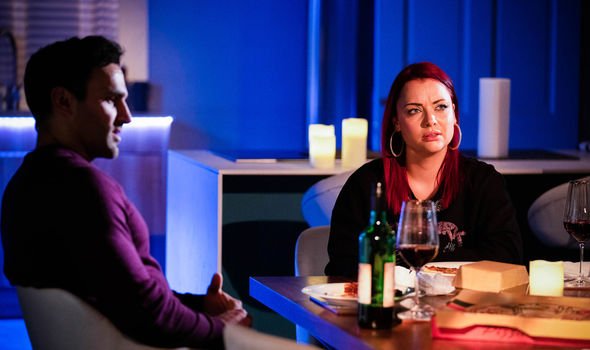 “They were the ones who organised the job, they were present on the night but they managed to get away,” he continued.

“I initially agreed to take sole blame for this after being leaned on and blackmailed by the Mitchells.

“But I won’t be strong-armed by them anymore, they need to pay for what they’ve done.”

Ben, who was listening in the gallery, stood up and shouted: “He’s lying!”

Meanwhile, Kat recently put an end to her fling with Phil after he failed to show compassion to Kush.

Back in Albert Square, the Slater matriarch was alarmed as two police officers arrested Phil for the heist.

“I’m not going to prison,” Kush explained. “I couldn’t do it, I couldn’t give up what we have, our future for them.

“I spoke to the police, we did a deal, I’m giving evidence as part of a bigger investigation in exchange for my freedom.”

“You’re free?” Whitney asked and he replied: “Yes, we can but not here. I grassed the Mitchells up.”

“We need to get away, we need to leave the country now,” he warned.

The market trader revealed he secured his freedom by offering to help the police secure convictions against Phil and Ben.

Despite Kat instigating the burglary, Kush made no mention of her in his statement and she was not arrested.

However, Phil may place the blame entirely on Kat as revenge for dumping him over his treatment of Kush.

The Slater matriarch is the only one of the group to have a connection with the firm’s security guard and the Mitchells have been known to evade justice when there’s far greater evidence stacked against them.

Will Kat be sent to prison for the heist while the Mitchells walk free?

EastEnders continues on BBC One on Friday at 8.35pm