Eastenders resident Linda Carter (played by Kellie Bright) turned to alcohol to cope during a very stressful time in the Carter family’s history. Ollie Carter was diagnosed with Autism and Mick Carter (Danny Dyer) suffered a huge health scare, and Linda struggled to keep her family afloat. However, the married couple are now working together to save their marriage following the tragic boat accident where the pair almost lost their lives.

Linda left Mick devastated when she served him with divorce papers in the lead up to the Queen Vic’s celebratory boat trip on the Thames.

She felt as if the Carter’s were conspiring against her to take Ollie away and decided she needed to act first.

However, when Linda became trapped on the boat, Mick wasted no time in trying to save her and luckily the pair survived.

As she feared for her life, Linda vowed to give up drinking and the landlady has stuck to her word. 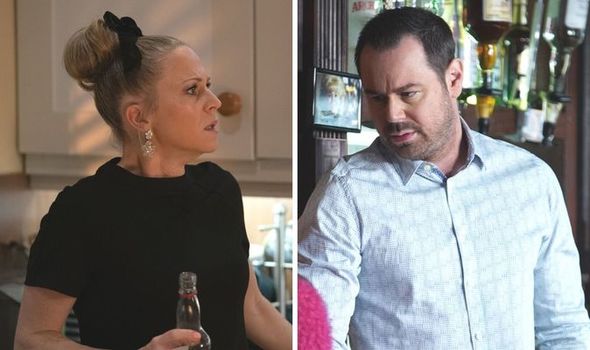 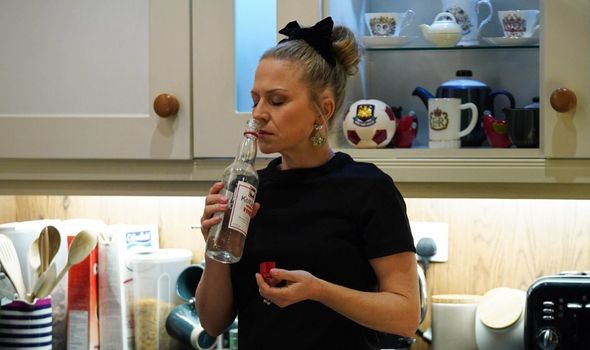 Since the incident, the landlady has been doing everything she can to prove to Mick she wants to change and even attended her first Alcoholics Anonymous meeting.

But, in upcoming scenes, Linda will fall off the wagon and is caught red-handed by Shirley Carter (Linda Henry).

When Mick arrives, the landlady’s honest and admits she had a drink but reiterates how desperate she is to change.

Later, the police arrive looking for Phil Mitchell (Steve McFadden) but Shirley is quick to get rid of them. 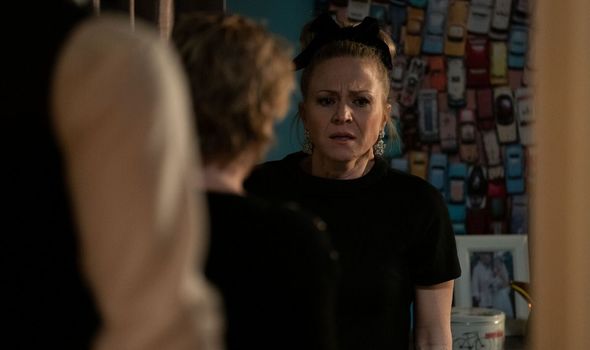 Mick and Linda open up to each and have a heartfelt discussion about the future of the marriage and the best way they can put the last year behind them.

While they read to Ollie in bed, the couple comes to a life-changing decision that will impact the whole Carter family.

The landlady pours herself a drink and begins to realise that working behind a pub isn’t the right thing for her anymore.

After speaking to Sharon Mitchell (Letitia Dean), Linda suggests to Mick she doesn’t work in the bar anymore.

However, a run-in with a drunk Billy Mitchell (Perry Fenwick) puts things into perspective for them and it seems the couple will make a huge change to their lives together.

Mick has been pulling pints ever since he joined the soap in 2013 but the EastEnders favourite will be selling up and moving out of the Queen Vic.

As Linda continues to get a grip on her battle with alcoholism, Mick will decide its best to move, leaving an empty spot behind the bar.

Will the couple realise they need to move away from Albert Square and give their marriage the best chance of working?

A soap insider told The Sun: “With Linda struggling to quit booze it makes sense Mick moves the family out the pub.

“His decision will spark a bidding war between some of the residents who fancy taking on the biggest job in Walford.

“Viewers will be sad to see Danny no longer behind the bar, but that doesn’t mean he won’t return at some point in the future.”

If you or anyone you know has been affected by Linda’s storyline, please visit the EastEnders advice page for help and support. EastEnders continues Thursday on BBC One at 7.30pm.