And tonight he bid farewell to his mother Jean Slater (Gillian Wright) following an emotional heart-to-heart.

After finally opening up to her about the state of his mental health, Sean decided it was best to go a get some help, and in a touching moment, Jean was willing to put her own health condition aside to be there for him.

Gently declining her generosity, scenes tonight showed Sean tell her how he needed to do it on his own, and she questioned whether he was ever going to return.

“I’ve only just got you back! You can’t just go,” Jean cried and her son replied: “I have to. You know how it is! You know better than anybody. I need help.”

“When will you be back?” she asked. “Will you be back? Or is this it then? We rewind to how things were before; me waiting for a call to tell me that you’re in hopsital or in prison…”

Without answering her, Sean simply reached out his hand and asked for her phone.

Slightly confused, Jean did as he asked and it later transpired he had given her a contact number for him and selected a specific ringtone for when he rings.

But during this conversation, did Jean predict a future downfall for her son, suggesting he was going to get into further trouble with the law or worse, end up needing emergency healthcare?

It comes after the actor who plays Sean spoke to Metro.co.uk about his character’s storyline and in particular the departure scenes which aired tonight. 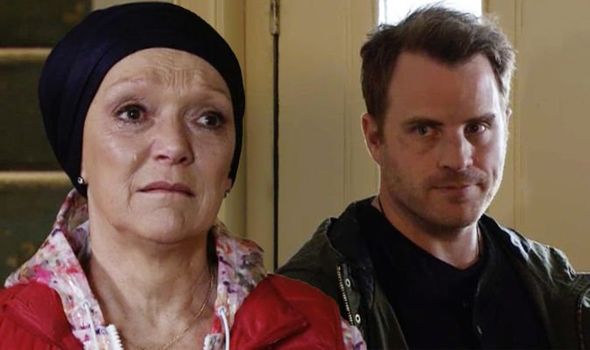 “The Sean we say goodbye to is not in less of a dark place, but he knows that he is in one [a dark place],” Rob explained.

“He need help, he wants to get better. He knows he needs to deal with his depression and talk.”

Discussing the possibility of him returning one day in the future, Rob added: “If Sean ever were to come back, the question would be – if he deals with these problems – is he still going to be a total d***?

“I think, unlike before when he was dangerous and emotionally reactive, he might be having fun with it for the first time. He might just come back and think, ‘Why not?’”

Judging by the way Rob spoke about his character, it isn’t certain as to when Sean will be returning to the Square. 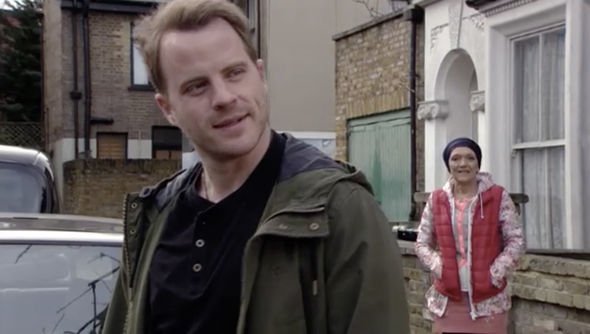 Elsewhere in EastEnders, Louise Mitchell (Tilly Keeper) will discover that she is pregnant with Keanu Taylor’s (Danny Walters) baby in upcoming episodes.

Keanu and Louise’s step-mother (Letitia Dean) had a secret affair last year and as a result, Keanu attempted to avoid the Mitchell teenager.

But Keanu recently realised he had fallen for Louise and together they decided to give a relationship a go.

When Louise reveals the news she is pregnant with his baby, she ends up running off in fear but instead speaks to his mother

Meanwhile Keanu decides to tell Louise that he’s there for her not matter what.

Once they are reunited Louise is hit with some unexpected news that will throw their relationship into question.

Will she break up with him after finding out what Sharon and Keanu have been desperately trying to keep secret?

If you or anyone you know has been affected by Sean Slater’s storyline, please visit Mind, the mental health charity’s website here.

EastEnders returns tomorrow night at 7:30pm on BBC One.