Shirley Carter (played by Linda Henry) and Mick Carter’s (Danny Dyer) relationship has broken down over recent weeks after the revelation Frankie Lewis’ (Rose Ayling-Ellis) mum was Mick’s care worker as a child. Mick has yet to open up on the true reason behind his bursts of anger but a further clash between the mother and son could see Shirley place herself in danger in EastEnders.

Mick continues to block out his loved ones as those around him try to work out why his behaviour has changed so dramatically recently.

Shirley believes Frankie’s presence reminded him how Katy Lewis stepped up where she didn’t when he was a child.

The pair open up to each other and share a heart-to-heart on what it means to be a good parent. 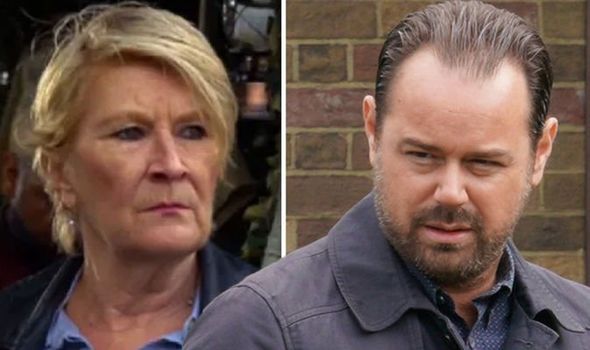 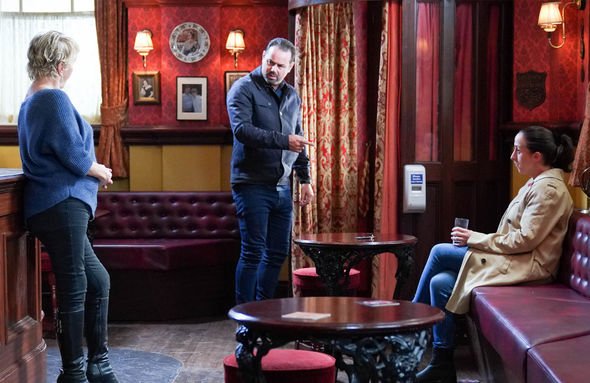 Tina assures Mick he’s a great dad but he struggles to accept what she’s saying.

It seems Tina’s words don’t have an impact for long as Mick snaps at Shirley yet again.

He slams Shirley for not being there when he really needed her.

However, the Carter matriarch hits back at her son and tells him to stop playing the victim. 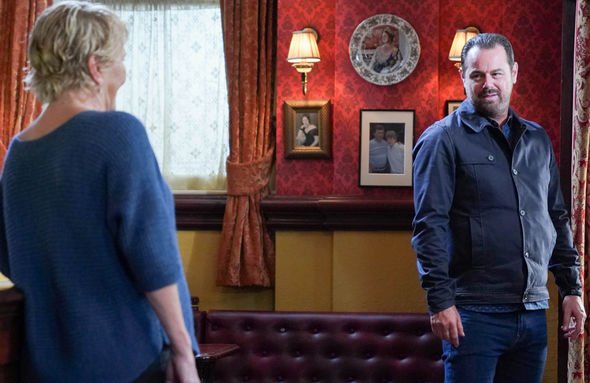 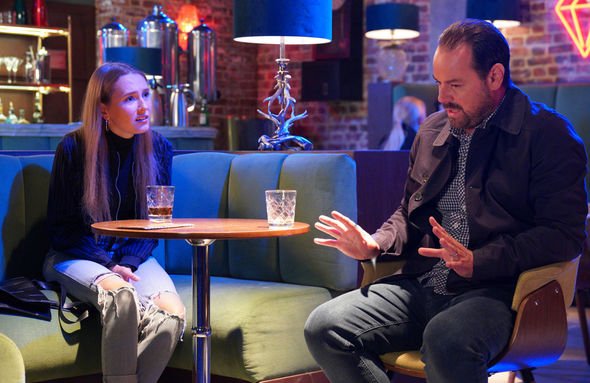 Meanwhile, Sonia Fowler (Natalie Cassidy) is over-the-moon when a grateful patient gives her a car.

She heads to the Queen Vic where she shares the good news with Shirley.

The nurse is unsure what to do with the present and is taken aback when Shirley offers her £3,000 for it.

Disgusted, Mick overhears and points out the car is worth a lot more.

Sonia decides she needs more time to think things over and leaves the pub with Mick.

However, the nurse forgets her car keys which are spotted by an eagle-eyed Shirley.

The sneaky Carter pockets the keys but what is she planning behind Mick’s back?

Frustrated with her son’s sudden attitude with her, Shirley could let off steam with a joy ride.

Will Shirley’s life hang in the balance as she’s involved in a tragic car accident?

In recent scenes, Frankie was horrified when she discovered Mick was abused by her mum when he was 12-years-old.

It’s clear Mick struggled to see his relationship with Katy as abuse and has yet to open up to his family.

EastEnders continues Thursday on BBC One at 7.35pm.