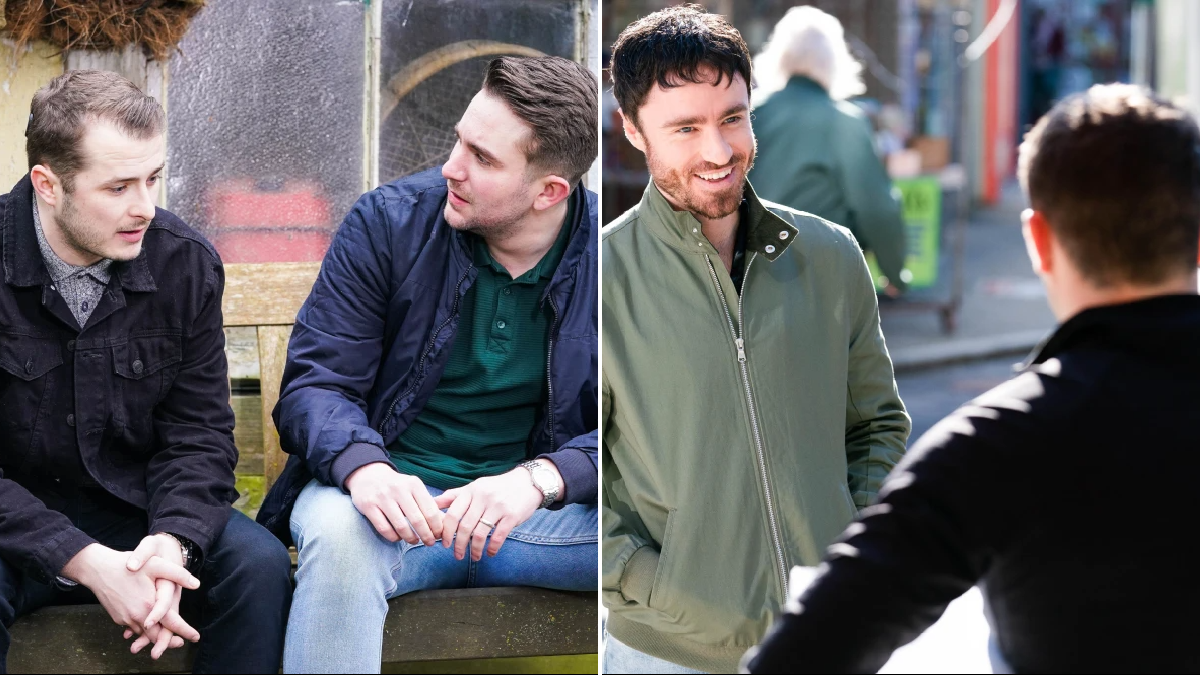 Tackling the issue of male sexual assault needs to be handled in a sensitive way, the Callum Highway actor has reflected in an exclusive chat with Metro.co.uk.

And the upcoming scenes didn’t come without nerves, understandably.

He told us: ‘I think there’s always an element of nerves because you want to handle it with respect, you’re given a certain element of trust as well.’

Initially, Callum isn’t as directly involved in the story as Ben and Lewis are, but Tony is full of admiration for his colleagues.

‘That falls into the hands of Max and Aidan predominately but there’s also the directors, writers, etc,’ he mused.

‘It’s a very delicate subject, one that needs to be told and needs to continue to be told.

‘From the way it’s been handled and written, and the way the boys portray it from what I’ve seen is really beautiful.

‘The scenes me and Max have had so far have been really lovely, it has been done really well I think and even if it just encourages one person to come forward, we’ve done our job.’

Speaking about the storyline when it was first announced, Max shared: ‘Alongside some wonderful charities, and some very inspirational survivors of male sexual assault in the UK, I think we’ve been able to really strive to tell the most truthful account we can, and I hope we can raise awareness and understanding on a topic that is rarely covered.

‘I’m honoured to be given this opportunity to tell such an important story.’

BBC head of continuing drama Kate Oates added: ‘Ben has endured a traumatic time after witnessing a homophobic attack on Callum that brought back painful memories of losing Paul.

‘As a result, Ben lost his way in life…which is when he found Lewis. Ben finds Lewis attractive, and thinks of him as a someone who can understand him in a way Callum does not; but that trust is abused when Lewis crosses a line and rapes Ben.’

‘Through this story, we hope to explore issues of consent, sexual identity, masculinity, and sexual assault, focusing on how this fateful night impacts Ben and those who love him over the coming months.’

Ben’s story isn’t the only harrowing male led mental illness storyline being tackled by the show.

Tony’s on-screen brother Ricky Champ, who plays tortured Stuart, is going to be consumed by post-natal depression as he struggles to bond with baby Roland.

‘Ricky is phenomenal. Ricky, Tanya and Gwen, they’re amazing. Ricky is such a beautiful actor, he has an ability to make people laugh but when you see scenes where Stuart is down, he just tackles it so well.

‘Callum is in and around that, he cares so deeply for his brother and there are some beautiful, heart-breaking scenes on the way for them both.’

You can read our full interview with Tony by signing up to our free newsletter, which arrives in your inbox every Friday at 8am.

You can find information and support by heading to Survivors UK