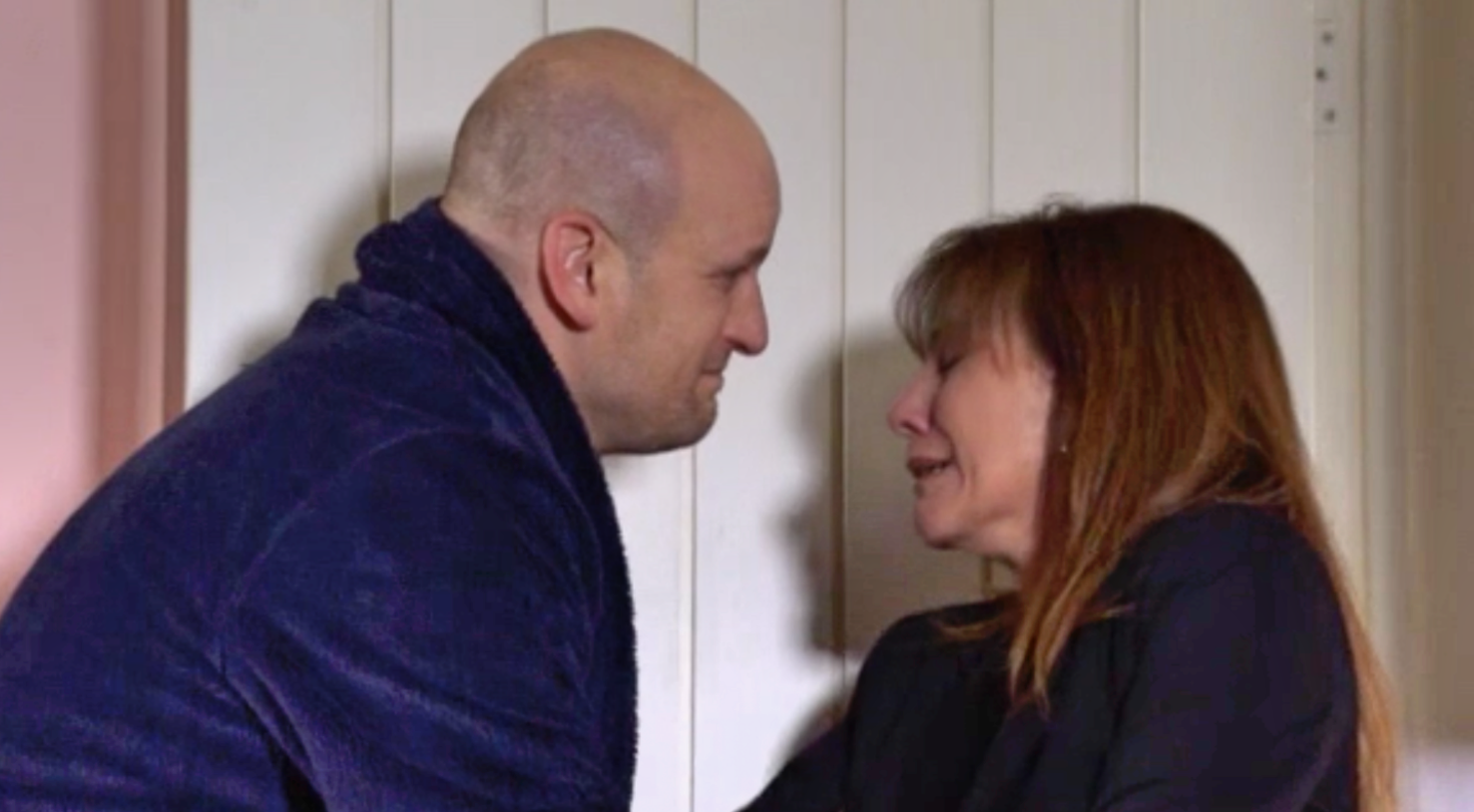 Rainie Highway (Tanya Franks) told Stuart (Ricky Champ) that her heart is broken in EastEnders, after he revealed that he feels ‘nothing’ for newborn son Roland.

Stuart, as viewers know, has been struggling to form a connection with Roland since Bernie Taylor (Clair Norris) gave birth to him. Rainie, however, was unaware of this, believing that his distance between her husband and their son was due to Stu’s painkiller addiction.

But after finding out that Stuart had disposed of the painkillers down the sink, she confronted him, determined to find out what was really going on.

Stuart struggled to open up at first, but after another showdown with Rainie, he admitted the truth, revealing that he’s struggling to feel anything for Roland.

Rainie, devastated, headed to her room, where she proceeded to cry. Stuart followed her, and said that he didn’t really know what else to say.

Rainie struggled to get her head around his revelation, reminding him of how hard they fought to have a child, and all that they went through to get to where they are now.

Stuart, however, said that Roland wasn’t ‘their’ baby, which led Rainie to rhetorically ask if they should ‘just send him back to his biological mum’.

Stuart responded to the question, saying: ‘I know you want me to say no. But if I had the choice, then yes. I’d send him back to Bernie.’

He apologised for feeling this way, but Rainie struggled to listen to another word, as she headed out for a walk, and subsequently had a chat with Mitch Baker (Roger Griffiths).

EastEnders confirmed last month that Stuart would be at the centre of a postnatal depression storyline.

The show has worked closely with PANDAS and Mind on the mental health storyline, in a bid to ensure it’s portrayed as accurately and sensitively as possible.

EastEnders continues Monday May 23 at 7:30pm on BBC One.