Harriet Finch (played by Katherine Dow Blyton) finally believed her perfect family set up with partner Will Taylor (Dean Andrews) and his daughter Dawn Taylor (Olivia Bromley) was coming together after a turbulent 12 months on Emmerdale. With the threesome wanting to put their murky pasts behind them and look to the future, the vicar discovered their happiness was under threat when her former drug-dealing boyfriend revealed his skeletons were resurfacing. As she desperately tries to avoid danger coming to her door, will she end up being a pawn in a deadly game of cat and mouse in upcoming scenes on the ITV soap?

Last night, Harriet discovered Will had been harbouring a loaded firearm in her house out of fear his former drug lord boss was gunning for revenge now he lives with the police officer who brought down his criminal empire.

Viewers know the vicar was the undercover cop who was tasked with getting close to the former dealer years ago to get intel for a huge takedown operation, only she ended up falling in love with her subject.

Sometime later and after much deception, the pair are back in each other’s arms, but their past could place them both in jeopardy.

It’s not been confirmed if a villain is going to make an arrival, but if they do, could he line up Harriet as his target and kidnap her to get revenge on Will? 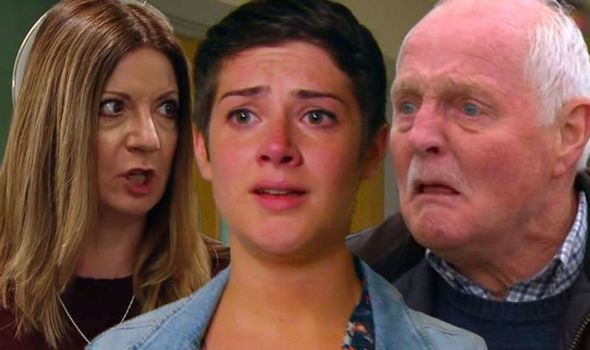 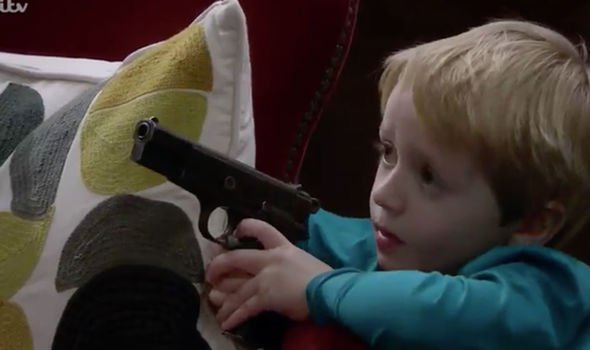 The former drug dealer revealed why he had the gun when trying to convince his partner and Dawn’s boyfriend Billy Fletcher (Jay Kontzle) not to tell anyone else about their discovery.

Harriet was furious as she told Will: “I thought you’d changed. You promised me that you were never going back to that world.”

Justifying himself, the mechanic said: “It’s that world coming here that’s scared me,” before warning them if they were to speak out, his grandson Lucas Taylor (Dexter Ansell) could be taken off his mother.

“You have to believe me – having it was insurance that’s all,” the former jailbird added and although he’s only taking precautions, will he have to put the gun to use if the vicar is taken to goad him out of hiding? 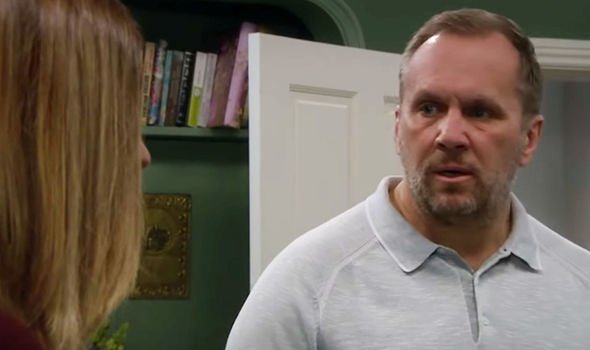 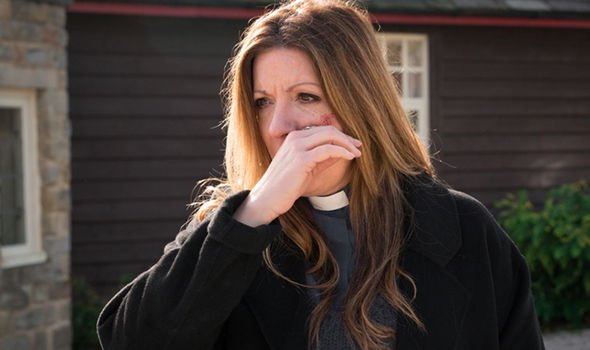 If Harriet is dragged back into this murky criminal world, could she end up dead as the drug lord takes drastic action to ensure Will learns a lesson?

Following last night’s scenes, viewers urged the vicar to end her relationship with the former dealer as his past catching up with him could lead to serious and possibly deadly consequences.

Taking to Twitter, one fan wrote: “Will gives Harriet nothing but grief, she needs to get rid…#emmerdale.”

Another added: “Harriet really shouldn’t be wondering why Will has a gun in the house. He was the man who tried to crush her with a coffin for goodness sake. Throw him out, along with his hideous firearm #Emmerdale.”

Whilst a third commented: “If Harriet doesn’t kick this waste of space out of her holy life, then she’s a damn fool #Emmerdale.”

Teasing the impact the gun discovery will have on his character’s relationship, actor Dean, 56, recently spoke out about the recent storyline.

In reference to his alter ego’s love life, the soap star said: “Anything big like that can rock any relationship, no matter how steady it is.

“Will does have a potential to keep messing up a bit!”

Could this be a precursor to the danger to come for Harriet as her past as a police officer places her in the firing line?

If the vicar were to come to harm, it wouldn’t be the first time she has been in a perilous situation over the past year.

Before Will arrived in the village, she believed he was dead, only for him to walk out the shadows when he tried to kill her for putting him behind bars.

The pair have since put their troubles behind them, but will the beloved character end up regretting her recent decisions?