Diane (played by Elizabeth Estensen) has become Charity’s (Emma Atkins) saviour after the Dingle clan turned on the Emmerdale troublemaker last week. During Monday’s edition of the ITV soap, the former Woolpack owner invited the mother-of-four to come and live with her and convinced her she should sell her share of the pub to cousin, Marlon Dingle (Mark Charnock). However, following a conversation the women had in Tuesday’s episode of the village-based drama, could the pensioner be brainwashing Charity in order to take down the infamous clan once and for all, getting her hands back on the pub in the process?

Viewers were reminded in recent scenes that Diane used to own The Woolpack before she sold the premises to Charity and Chas Dingle (Lucy Pargeter) five years ago.

Since then, she has become a leading member of the B&B team alongside Eric Pollard (Chris Chittell) but with more time on her hands then she might have thought, the pensioner might want to get back behind the bar.

Seizing an opportunity to stir the pot with the Dingles, the former Wollpack owner could have spotted her chance to tear the clan apart and achieve her goal.

Therefore, she could be putting up a pretence but her house guest could already be on to her after questioning her new landlady on Tuesday evening.

Discussing how long she could stay with Diane, the troublemaker said: “If you need a hand over at the B&B, just say, won’t you?” 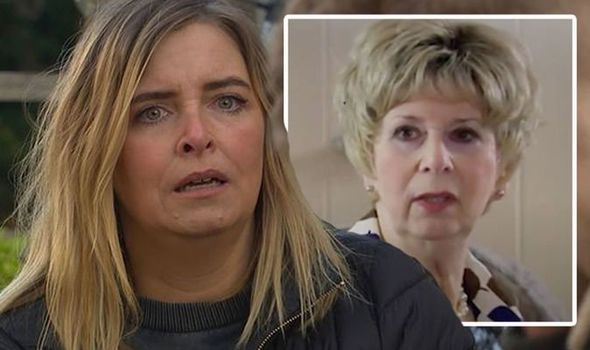 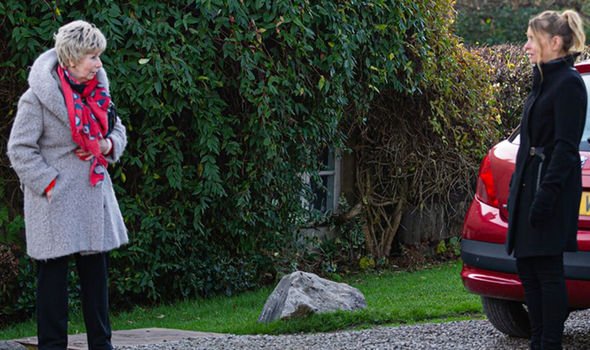 “Charity, you don’t have to earn your keep. You’re welcome here,” Diane replied but Charity was sure she would get thrown out sooner rather than later.

After the pensioner said she could stay “for as long” as she needed, the mother-of-four hit back.

“Well, what does that mean? Not to seem ungrateful it’s just people say that and they end up looking at you like you’re smelly fish,” she said.

The former pub owner explained: “For as long as you need. This time last year, my home was packed to the rafters. Now there’s only me and Gabby [Thomas] and she hardly ever shows her face. 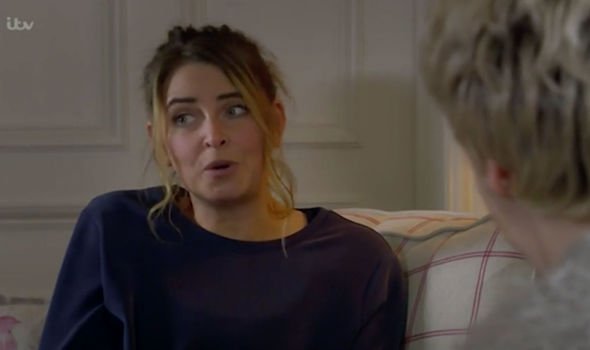 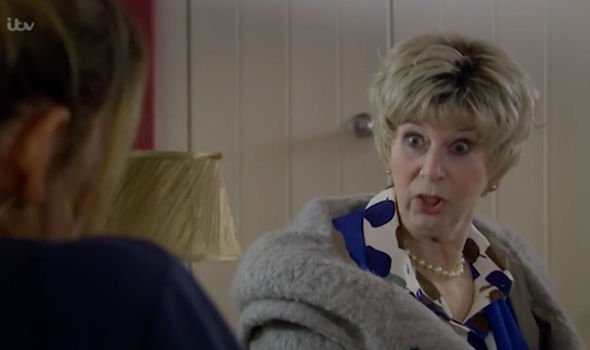 Will probably get a lot worse before it gets better

“Wow, you really are desperate. That’s helpful to know,” Charity replied before thanking her new landlady for advice about The Woolpack.

“You’re dead kind Diane, which is why I took your advice by the way and I’ve let Marlon and Chas have what they want – to see the back of me,” she said.

“And that’s how you’ll keep them in the long run,” Diane remarked but there could be more to this statement than meets the eye.

It could be the pensioner will begin to pull the strings and tell her new houseguest to hound her family for their forgiveness, knowing full well this would only anger them more.

With the family at war, Diane could start to work her magic on other members of the family, such as Marlon and convince him to sell his share in the pub, too.

Later on in the episode, it seemed the pensioner wanted Charity to stay in the village instead of running away from her problems.

“I saw Sarah [Sugden] earlier, she was rushing for the bus or she would have dropped in,” the former pub owner told her house guest.

“Please don’t try and sugar coat it or otherwise it will make me think what else you’re covering for,” Charity replied, hinting she knows Diane has an ulterior motive for wanting her under her roof.

Diane assured her new tenant she was only trying to help her engage with her family, adding: “It will take time and effort. It will probably get a lot worse before it gets better.”

Dropping another teaser that trouble could be on the horizon, the troubled villager was taken aback by her landlady’s bluntness.

“You’re not brilliant at inspirational speeches, are you?” she replied, to which the pensioner snapped: “You wanted blunt. I’m just reminding you why you don’t want to run this time.”

“Who said I’m even thinking about that?” the mother-of-four said.

“Every other time you’ve been this far down you’ve run,” Diane replied, voicing a rather cutting remark about her new house guests’ past to possibly rile her up.

“Well not this time,” Charity assured her, with the pensioner keen to keep the troublemaker on side.

“I believe you. But those kids, your cousins, they don’t, not until they’ve seen it for themselves.

“Just one painful day at a time,” she added but is Diane rubbing the salt into the wounds for her own gains?