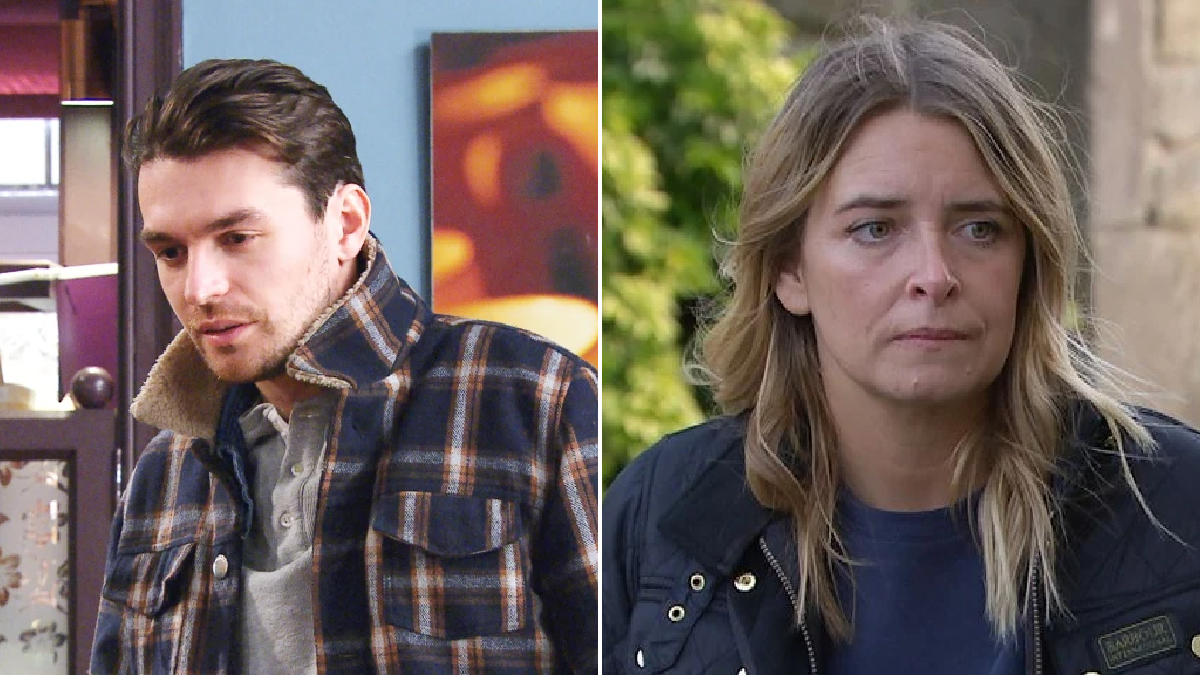 The character made a comeback following his sister Moira Dingle’s (Natalie J Robb) savage scheme to teach Charity a lesson by leaving her stranded on a roadside.

Before the two women left the village under the ruse of going to find Mack, Moira deliberately placed Charity’s bag on the ground, leaving Charity’s ex Vanessa Woodfield (Michelle Hardwick) concerned enough to run after them.

Meanwhile, Moira forced Charity to relieve herself behind a bush, before pretending she had hit something with her car. Making Charity crouch down to check, Moira threateningly placed her boot on top of her as she interrogated her over the kiss with Vanessa – which was actually only an ‘almost kiss’.

Moira then drove away without her, and Charity was left to wander with no money or phone in the hopes that someone would take pity on her, while Moira returned to questions from Vanessa and Chas (Lucy Pargeter).

Moira coldly replied that she’s left Charity ‘somewhere North of Penrith’, and Chas and Vanessa were not amused, pointing out the danger she could be leaving Charity in. Moira couldn’t care less, though.

Meanwhile, as Charity flagged down passing cars, one finally stopped for her – but she was shocked when she saw the driver was none other than Mack. It turned out that Vanessa had kindly given him a call, and Moira had begrudgingly dropped him a pin in order to locate Charity.

Later, now back home after a long drive, Charity assumed everything would go back to normal as she invited Mack upstairs. But he insisted they head to the pub for a drink instead.

It wasn’t just Moira who had revenge in mind, as Mack put on a show at the Woolpack. He publicly confronted Charity for kissing Vanessa, who was sat minding her own business after helping to save the day. Charity was left humiliated as Mack and a smug Moira watched on, before Mack simply walked out again.

Is Mack back for good, or has he only popped back for a quick bit of plotting? Will Charity plead for another chance or concede that she and Mack are over? And is there really no hope for her and Vanessa?