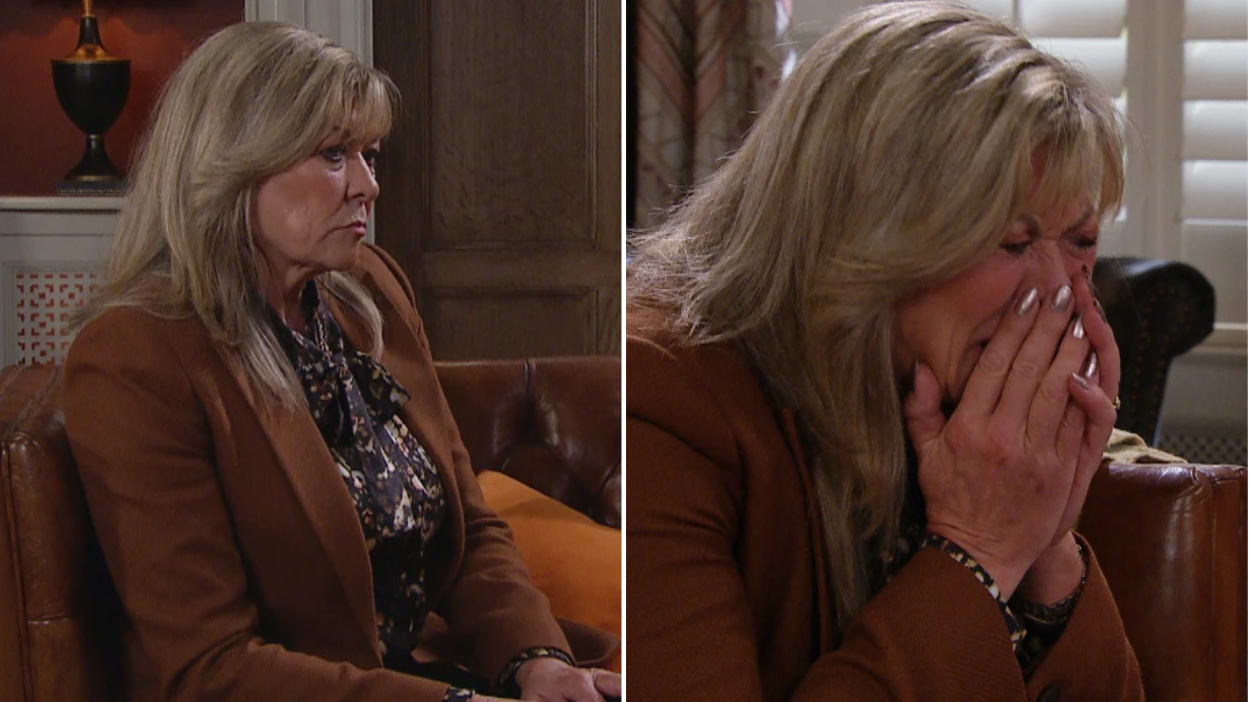 There are some traumatic times ahead for Emmerdale mainstay Kim Tate (Claire King) when she discovers that her son Jamie is alive after all. When Jamie’s car ended up in a lake but no trace of his body was found, Kim strongly suspected he’d faked his own death. Very soon she gets definitive proof she was right.

Claire King told us about all the ups and downs Kim has been through in this story. ‘She thought he was alive, but she’d always suspected he was dead,’ she says.

‘[Dawn (Olivia Bromley) and Gabby (Rosie Bentham)] discovered that he might be alive but he deflected it by paying off the PI that Will (Dean Andrews) had hired to follow him. He bribed him. So it was kind of put to bed then. She had to go through that and think, “Right, he really is dead.”’

So to be told that he is actually alive comes as a huge shock, as Claire explains. ‘He’s committed this awful act of violence against Hazel (Kate Anthony) and then done a runner. So he’s wanted by the police and they start investigating and show Kim a picture of him leaving for Rotterdam on a ferry. This confirms to Kim that it’s Jamie after she sees him on the video.’

Kim is left in turmoil by this news. ‘She’s got to go through the whole trauma again,’ says Claire, and describes how Kim becomes overwhelmed by the emotions she’s going through.

‘We’re having a little celebration for Millie (Willow Bell) coming home and they decide to go to the Hide and get pizza and things and I say I’ll follow them on. As soon as they’re out of the door this whole emotive anger comes out, furious at Jamie and the frustrations of whether he was alive or dead,’ she says.

‘Now she knows he’s alive and he’s really hoodwinked her and she feels he must hate her more than anything in the whole wide world. That hatred has been proven now. Out of frustration, and she’s had a couple of brandies, she goes over to the mantlepiece and wipes his smirky, smiling photos straight off the mantlepiece and they smash on the floor and she grinds her heel in.

‘She never wants to see his face in the house. All photos are removed, everything that belongs to him is burned till there’s no trace at all of him left in their lives.’

Is that finally the last we’ll hear of Jamie Tate in Emmerdale?