Emmerdale: Eric and Faith get emotional while driving new car

Kim Tate (played by Claire King) is gearing up for the wedding of the decade to beau Will Taylor (Dean Andrews) which will be held this autumn. The Emmerdale businesswoman has tied the knot several times over the years but is convinced Will is the one. However, could Kim turn to murder when she learns of Harriet Finch (Katherine Dow Blyton) and Will’s steamy affair?

ITV soap fans will know Kim has been busy planning her nuptials in recent weeks.

However, she still appears oblivious to the fact Will and village police officer Harriet might be in love with one another.

There is never a good time to cross Kim, but soap bosses have revealed Harriet is set to declare her love for Will during their wedding day.

A month’s worth of dramatic storylines are set to unfold in October as part of the soap’s 50th anniversary, and Kim and Will’s wedding falls on October 16. 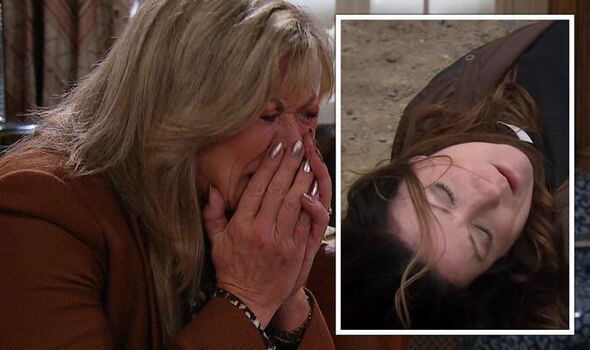 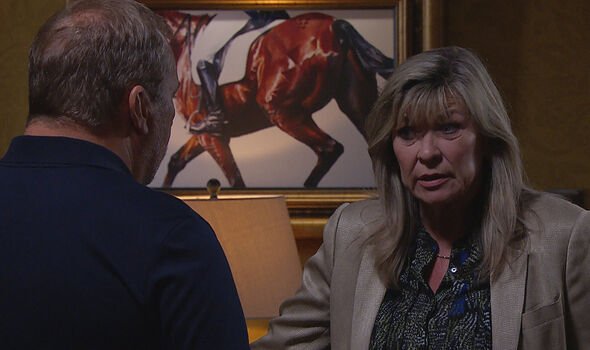 Katherine, who plays Harriet, exclusively spoke to Express.co.uk about her character’s unresolved feelings for Will.

When asked if there is romance on the cards for Harriet, Katherine exclaimed: “Well, she is having a little dabble with a character at the moment but she is not sure because she still has these reemerging feelings for Will [Taylor].

“I mean I don’t want to be awful but it’s slim pickings out there in this village for a woman of my age.

“But yes, she is always looking for a bit of romance now she has left the church,” the actress, who played the village vicar before becoming a police officer, added. 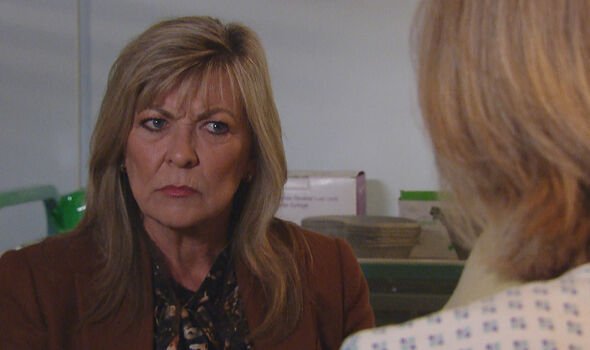 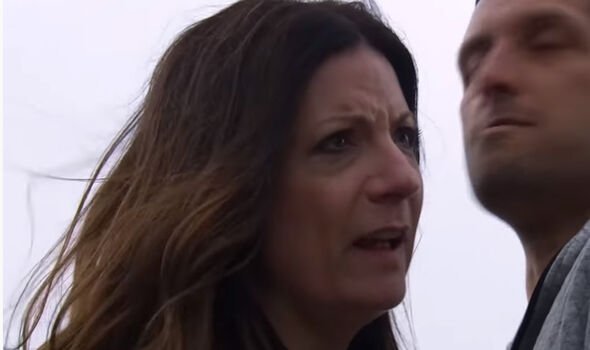 Katherine also admitted her character is “really playing with fire” by getting involved with Kim and Will’s romance.

She said: “Harriet is no Kim Tate but they are both quite feisty women and they can look after themselves, so there will be fireworks.

“We should be doing this on November 5, yes they will have their moments.”

Producer Jane Hudson revealed last month anyone who is connected to Kim and Will has a “major part to play” in the 50th-anniversary storylines.

How will Kim react when Harriet declares her undying love for Will on the day of her wedding?

Could her rage and utter heartbreak lead her to kill Harriet or Will?

Or will a divisive Kim bide her time to plot her revenge on the pair?

Kim has lots of connections and might hire a hitman to kill the couple so she doesn’t have to get her hands dirty.

Kim already holds power over Harriet as she is the only person who knows where Mark Malone’s (Mark Womack) body is buried.

Harriet initially buried the bent police officer two years ago but Kim agreed to move the location of the body.

Could Kim dig up Mark in upcoming scenes and frame Harriet for his death?

Emmerdale airs on weeknights at 7.30pm on ITV.