Eurovision 2019 Denmark: ‘That will be deleted’ Graham Norton takes swipe at Leonora

Denmark was represented by 20-year-old Leonora at the Eurovision Song Contest in Israel tonight who sang Love Is Forever.

The performance say the youngster climb up some stairs to the top of a giant chair and sing alongside her friends, which BBC commentator Graham Norton took as an opportunity to make a cheeky swipe.

As the song came to an end, he commented: “What a sweet song. Leonora there representing Denmark with her friends.

“I wonder if they will stay in touch after tonight?”

Graham went on to joked: “That WhatsApp group will be deleted by midnight.”

Laughing to himself, he went on to introduce the next country but his remark didn’t go unnoticed by those tuning into the Song Contest.

“’Whats Up group will be deleted by midnight…’ Thank god for Graham to help endure this,” one viewer tweeted.

“Loved this one though #denmark #eurovision.”

It wasn’t the only time Graham took a swipe at one of the performances tonight as he was also heard joking about Slovenia’s act Zala Kralj & Gašper Šantl.

Before their performance, he asked viewers: “Romantic or creepy, you decide,” before later announcing: “I’ve decided, it’s creepy,” as the pair wrapped up their routine.

EUROVISION 2019: WHO WILL WIN THE EUROVISION SONG CONTEST? LATEST ODDS 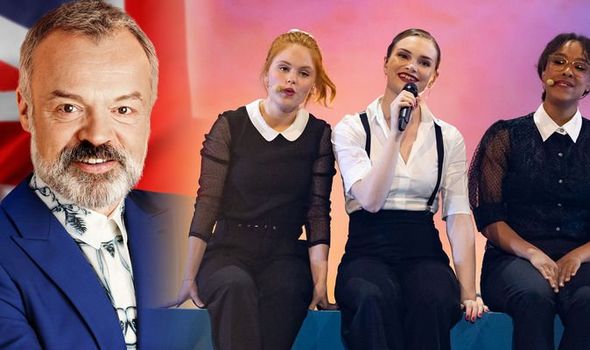 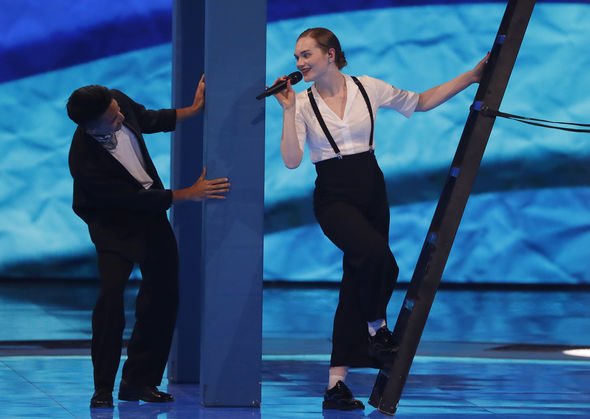 Ahead of tonight’s competition, the Netherlands’ Duncan Laurence is the favourite to win the Song Contest.

But he may be pipped to the post as date from Facebook has revealed that France’s Bilal Hassani is the most-talked about star on the social media site.

Bilal will be performing Roi, which has been watched over three million times on YouTube.

The 19-year-old singer is closely followed by Israel and Spain, with the UK’s Michael Rice in 10th place.

Globally there have been over 10 million Eurovision interactions on Facebook with Israel, UK and France being most engaged in the conversation. 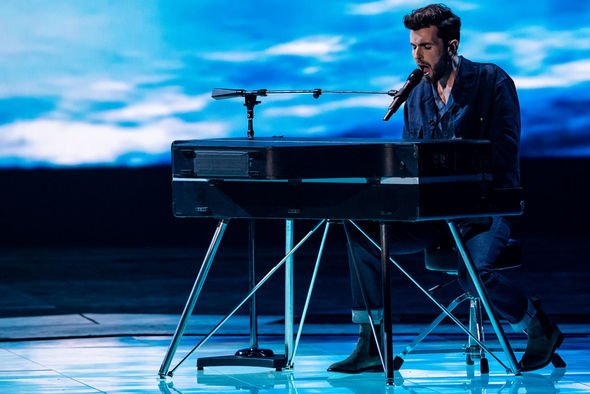 However, the bookies odds are still in Netherlands’ favour as Duncan’s odds of winning are at 8/11.

Australia’s act Kate Miller-Heidke, who is performing Zero Gravity, looks to be the closest rivals of the Dutch at 11/2.

Unfortunately it is bad news for the UK and it’s looking more and more likely Michael Rice will finish in last place, with odds of 4/1.

Viewers don’t have too long to wait until the winner is announced later this evening with Madonna also performing two tracks at the Song Contest.