“Independence Day” director Roland Emmerich is going back to war, this time with no aliens but way more reality.

His upcoming World War II movie “Midway” (in theaters Nov. 8) centers on the 1942 Battle of Midway, which turned the tide for America in the Pacific Theater, but also chronicles the dramatic six months that led up to it following Japan’s infamous attack on Pearl Harbor.

Emmerich says there’s still relevance to the story, 77 years later. “It shows an America that’s not the superpower, a country that just came out of a big recession and tried to stay out of a war but got sucked into it. It was a simpler time, but it also was a time where you had to put your life in danger for ideals.” 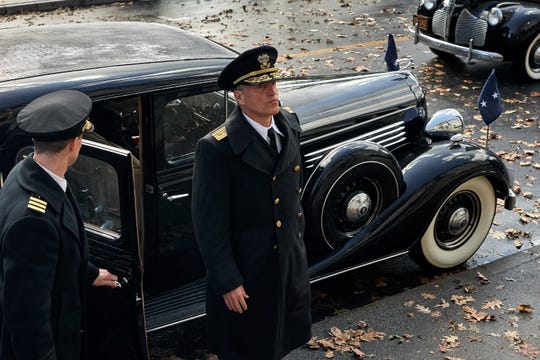 The decisive victory was the focus of the 1976 Charlton Heston film “Midway” but Emmerich has wanted to do his own version for 20 years. “It was an incredible turnaround of chance, in a way,” says the filmmaker, who had a deal with Sony that went nowhere and then Michael Bay’s star-studded dud “Pearl Harbor” happened in 2001. “So I had to wait.”

How does one avoid making another “Pearl Harbor”? For Emmerich, it meant centering the movie on dive-bombing Dick Best (Skrein) – considered the unsung hero of Midway – and his fellow Navy pilots, who would fly down on a Japanese aircraft carrier at a 90-degree angle from 14,000 feet in the air, with enemies shooting at them. 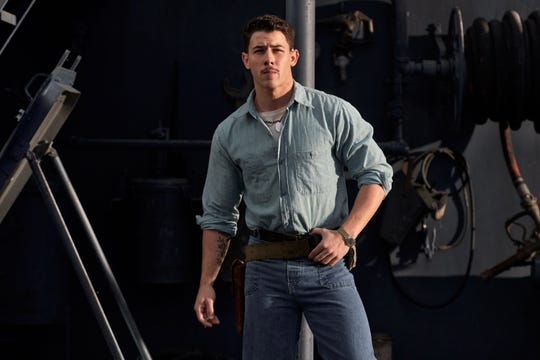 “The amazing thing is nobody really thought it was very special. It was this generation that just shrugged it off afterward,” Emmerich says. “They did stuff that today probably nobody would ever, ever do again.”

Playing Best was “a dream role,” Skrein says. “We see a man who is not just a cardboard cutout of a war hero,” the actor says. “He is not a finished, polished article as soon as we meet him. The audiences goes on a journey with him.”

The British actor’s character has a leadership arc as well as an emotional one on the homefront with wife Ann Best (Mandy Moore), her husband’s “reservoir of strength,” Skrein adds. “As much fun as it is to be doing this masculine, brave war effort, it was the emotional scenes with Mandy that really resonated with me.”

Skrein’s flyboy is part of the “Midway” story line that focuses on the pilots and Admiral Halsey on the USS Enterprise aircraft carrier – Emmerich built the flight deck on a Montreal soundstage and it was “one of the biggest sets I’ve ever had.” The movie also features two other subplots, one that revolves around the codebreaking work headed up by Nimitz and intelligence officer Edwin Layton (Patrick Wilson), plus another that’s set in Japan as the enemy plans an attack on American forces at Midway Atoll, a U.S. territory in the Pacific.

For extra authenticity, Emmerich actually filmed his Pearl Harbor scenes, including funeral sequences, on Ford Island and also shot aboard an actual submarine. Skrein was moved by the experience, seeing where the first Japanese planes were spotted as well as bullet holes in the airplane hangars that have been there since the attack. (Three of Skrein’s grandparents were in the British Army during the war.)

“Being a pacifist in 2019, it’s an interesting proposition to enter into the world of patriotism, nationalism and military strength,” Skrein says. But “speaking to American military personnel, it gave me a real understanding and empathy, which I think is becoming lost nowadays in the sense that we all have our personal beliefs, and we put our heart on our sleeve and leave it there. We don’t tend to challenge ourselves, and that’s the best thing about my job and about projects like this.”