Flashback to early March last year: Eon Productions announced that “No Time to Die” would vacate its April release date for November. With COVID-19 exploding, particularly in international locations where Bond films do up to three-quarters of their business, this was a shock, but understandable. A few days later, Universal Pictures only further revealed the crisis the industry faced. The studio’s early decision to push back “F9” from Spring 2020 to 2021 seemed extreme at the time. Many thought that by late May things would be fine, and that shutdowns, if any, would be temporary.

The release date has changed, both in the U.S. and worldwide, multiple times since. Now that the domestic opening day is here, the film could be the best test of theater recovery. Opening weekend gross forecasts are unscientific, often over-influenced by low-ball projections from studios hoping that if what they actually expect happens, their spin will improve media response to the result.

But even unscientific guesses at the moment are fraught with caveats. The usual guides — past performance of similar films, time of year, what competition affects results — are less useful at a time with factors that simultaneously help and hurt potential.

Though most restrictions of theater attendance have abated, some key theaters (particularly in the Los Angeles area) remained closed. Ontario, Canada’s largest province, remains mostly shut down. Not all potential viewers are comfortable attending mask-less showings at crowded theaters. The confusion around home viewing options is massive among moviegoers (“F9” is likely theaters-only for at least a month).

But the release comes with some advantages. This will play in over 4,000 theaters, the most for any film since theaters reopened. Most venues will have it on multiple screens, with ease of buying tickets whenever desired in most places certain. It has corralled high-end presentation on IMAX and other screens (and with a film promising to deliver thrills to justify higher ticket prices).

And, based on earlier franchise films, it should appeal to a wider swath of typical moviegoers than any release in over a year. Better yet, the younger and other quadrants of its appeal are the least likely to be discouraged about going to theaters.

“F9” is expected to be the biggest first weekend in over a year. The mark to beat belongs to “A Quiet Place Part II” (Paramount) at $47.5 million for three days over the holiday-boosted Memorial Day weekend. Anything under $50 million will be considered disappointing. It would open the doors to the potential of a Premium VOD release after 17 days at Universal’s option. That clearly isn’t what the studio wishes; it approved Thursday previews (something Warner Bros. has limited for its films), which by themselves will boost the take.

The question remains not just what would be considered a “normal” gross had this opened last year with no impediments. Let’s look at two low-end benchmarks. 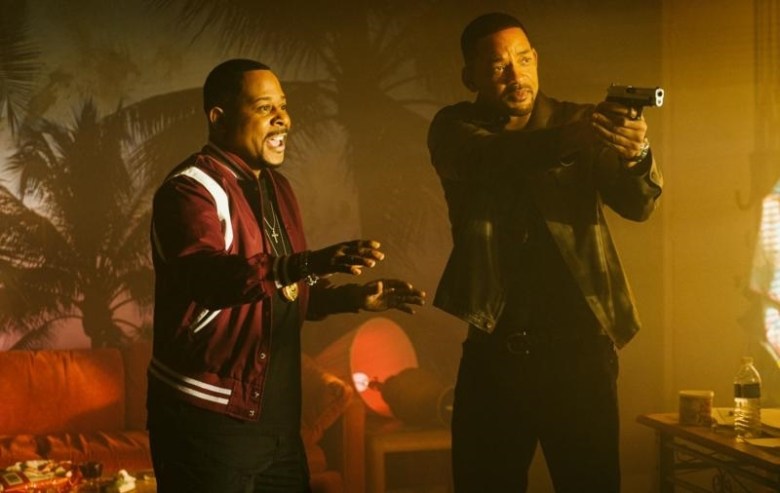 “Bad Boys for Life” took in $62.5 million in January of last year. The “Fast” franchise is bigger, has broader appeal, and has usually performed better. “Bad Boys” opened in less of a vacuum. Two films grossed over $20 million the same weekend — “Dolittle” opened, while “1917” rode the Oscar nomination wave.

The “Hobbs” gross was fine, but not unexpectedly fell short of mainstream previous “Fast” sequels. The last three have started at $97-147 million initial weekends. All were boosted by holidays (two Easters, one Memorial Day) and the momentum of a thriving series.

It has been four years since the last “Fast” film in 2017 — is it still as popular? That’s one of the unclear aspects in figuring how to react to what happens.

The studio-encouraged projection is $60 million. That feels uncontroversial. That tops “Quiet” by more than 25 percent, slightly more than the previous “Fast” film outdid the first “Quiet Place” film for full runs. It factors in improved conditions in theaters and the franchise’s ongoing success.

Still, that figure feels conservative. Few projected that “Quiet,” for its first four days (through Monday), would get to $57 million. (We suggested $50 million was possible.)

The question remains how close can an individual film do compared to normal times? This should be the best test yet.

This is subjective, and again this is an unstable period where steady improvement remains the goal. But is it unreasonable to think that “F9” shouldn’t have the capacity of reaching $75 million for the weekend?

That would be about 75 percent of the take from the previous two “Fast” openings, and 25 percent better than “Hobbs” and “Bad Boys,” films that clearly had less potential, as successful as they were.

Anything over $60 million should be considered positive. Less would raise concern. Under $50 million would cause major worry (and could trigger an early PVOD, a secondary concern). Expect $65 million or over to cause for wide celebration (and it certainly would be encouraging).

But though a gradual recovery is to be expected, pressure on “F9” to break out is reasonable. This could be the biggest opening of the summer. Both 2018 and 2019 saw the biggest movies (both Marvel films) at over $250 million.

It’s a high standard, but a realistic one. Top films, more than ever, need to show signs that they can approach their potential. Not only because a performance as close to parity is needed, but also because with the likelihood of fewer non-franchise films being made, or at least not favoring streaming, those that are played need to get back to normal sooner than later.

A $75 million opening gross would reach the level of justified encouragement that things are going in the right direction at a decent pace. But any reaction needs to consider that recovery is still a work in progress.