WARNING SPOILERS AHEAD. The Falcon and The Winter Soldier episode 3 Power Broker saw Sam and Bucky teaming up with Baron Zemo to find who’s behind the recreation of the super-soldier serum. But right at the end of this episode turned up a familiar face from Marvel’s Avengers Infinity War, Black Panther and Captain America Civil War.

As Bucky was walking along a street in Latvia, he spotted some mysterious beads which led him to come face to face with Florence Kasumba’s Ayo.

Second-in-command of the Dora Milaje, the elite female bodyguards of Wakanda’s special forces, she is also King T’Challa’s head of security.

In Captain America Civil War, Ayo travelled with King T’Chaka to Vienna, where he took part in the ratification of the Sokovia Accords. 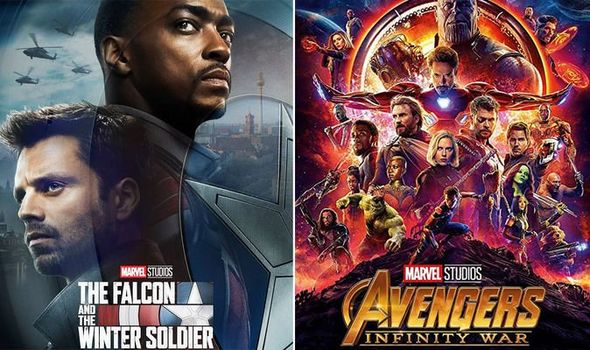 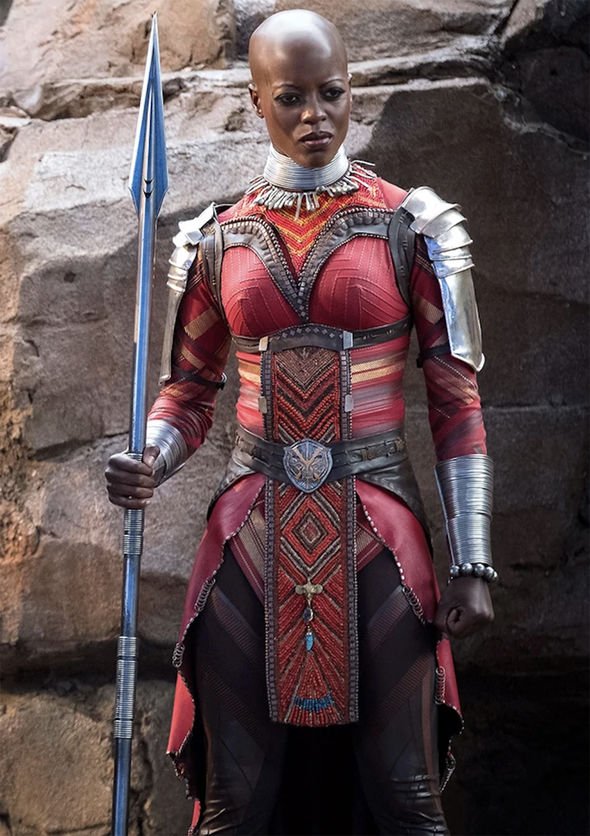 Ayo also featured in Black Panther and Avengers Infinity War, with the latter seeing her protect Shuri while she worked on separating Vision from the Mind Stone.

As for why the Wakandan has now turned up in The Falcon and The Winter Soldier, she’s asking for the whereabouts of Zemo.

But Bucky isn’t surprised having said: “I was wondering when you were going to show up.”

As pointed out by the Radio Times, earlier on in the episode Sam had warned Bucky of the dangers of breaking Zemo out of prison to help them. 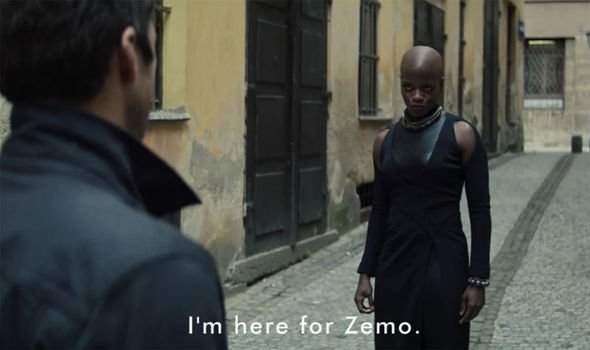 The Falcon said: “He blew up the UN, he killed King T’Chaka and framed you for it. Did you forget that? You think the Wakandans forgot about it?”

Well, now it appears the Wakandans haven’t forgotten, have found out about Zemo’s escape and sent Ayo to recapture him.

In Captain America Civil War, T’Challa later discovered it was Zemo who was responsible for his father’s death but prevented the villain from killing himself in Siberia.

The Black Panther told him: “Justice will come soon enough. The living are not done with you yet.”

After this, Zemo was imprisoned where the Wakandans wanted the murderer of their last King to remain.

But now he’s out, no doubt Ayo and the Civil War villain will be clashing in The Falcon and The Winter Soldier’s episode 4.

We’d also expect to see her return in Black Panther 2, which begins shooting this summer for a July 8, 2022 release.

However, the late star’s T’Challa is still alive at this point in the MCU, having been brought back to life by Hulk’s reverse snap in Avengers Endgame.

So it remains unclear how the character will bow out in Black Panther 2, which will be written and directed by Ryan Coogler once again.

As for who will be next to take up the Black Panther mantle, his sister Shuri is an obvious candidate or even M’Baku.

Although, there are theories out there that Killmonger will be resurrected to become the next King of Wakanda.