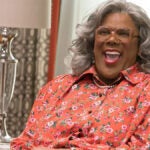 The first film in the franchise establishes the community of Shadyside, which has been billed as Killer Capital U.S.A., all while the neighboring town of Sunnyvale has been crime free and considered the safest place to live in America. A violent string of murders in the town’s mall just appears to be another case of a normal person who snapped, but a group of friends begins to suspect that the attacks were caused by a witch’s curse that dates back to the 17th century and that a string of famous murders may all be connected.

Stine’s dozens of “Fear Street” books were targeted at a more mature, middle-grade crowd than his equally popular “Goosebumps” series, and Janiak’s movies match the stories in tone. The films feel similar in style to Netflix’s own “Stranger Things” — and you may recognize cast members like Sadie Sink and Maya Hawke pop up in the movies — but also to a ’90s classic like “Scream” in terms of how it plays with horror genre tropes. 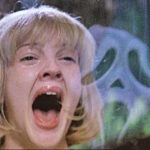 “As a filmmaker making Fear Street, but also just as a movie lover, I was so excited to pay homage to some of the great eras of horror movies,” Janiak said in a statement. “For 1994, ‘Scream’ stood above all rest — it’s peak ’90s horror and, I think, one of the most brilliant movies ever made, period. Then for 1978, I got to look at the heyday of slasher films — ‘Friday the 13th,’ ‘Halloween,’ ‘Nightmare on Elm Street.’ For 1666…I found the best inspiration for me lay in the beautiful world made rotten of Terence Malick’s ‘The New World.’”

Janiak directed all three films in the “Fear Street” trilogy and co-wrote each screenplay. Netflix will drop “Part One: 1994” on July 2 and the subsequent films one week after on July 9 and July 16. Check out the trailer here and above.