Amanda Owen, her husband Clive and their nine children return for a brand new series of Our Yorkshire Farm tomorrow evening on Channel 5. The Yorkshire shepherdess joined Jeremy Vine on his morning news show to discuss the new series before addressing the recent rise in hot tub thefts across the UK.

Our Yorkshire Farm has become one of the biggest TV success stories since it first aired four years ago.

During lockdown, the Channel 5 show has beaten both BBC and ITV in the 9pm slot.

Mother-of-nine Amanda opened up Jeremy Vine about her new series but not before issuing some home truths to hot tub owners. 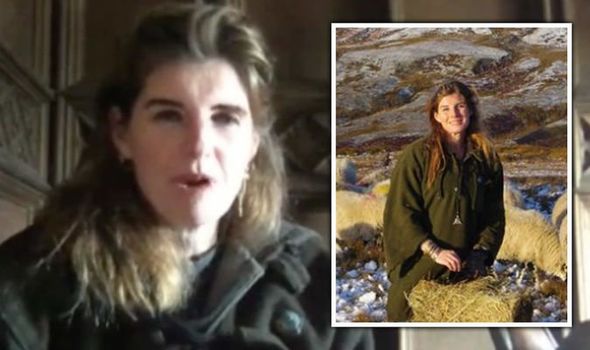 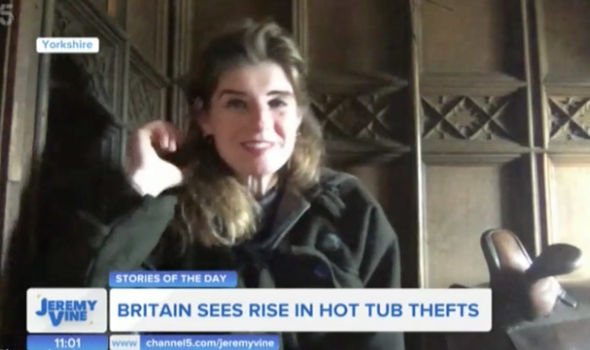 “Yeah apparently it is the accessory,” Amanda replied. “I don’t think the shops can stock them fast enough.

“Inflatable hot tubs, wood-fired hot tubs, you name it. Everybody has one.

“The thought of sitting in some tepid water with some of my mates.” 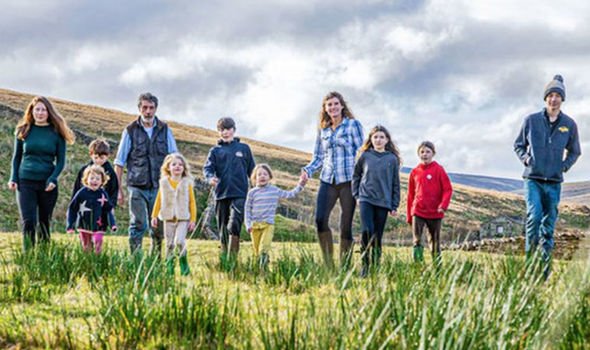 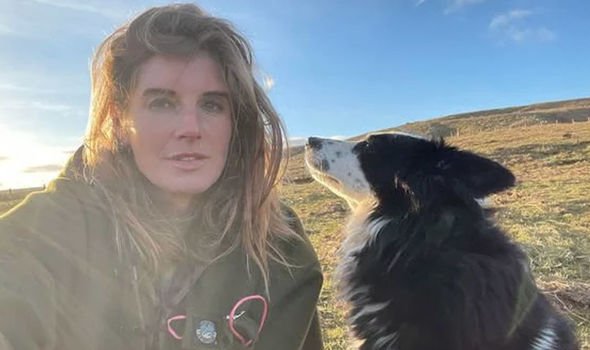 “Whether it’s because of the state of some of my mates I don’t know but I just wouldn’t fancy it,” she continued.

“I’m really fortunate I’ve got rivers I can go and sit in if I want to but no it’s definitely not something that I particularly thought of.

Jeremy and Amanda were commenting on reports hot tub thefts will be their year’s crime wave following a surge in demand for the pools.

The Yorkshire Shepherdess went on to detail how Spring is a “busy time” for her family and the farm.

Amanda appeared on the Channel 4 show with her daughter Clemmie who she revealed had been awake since 6.30am.

“She was heading across the fields to sort out the lambs,” Amanda explained.

Holding a newborn lamb in her arms, she said: “It’s lambing time, so it’s chaos today. The thing is, they don’t stay pet lambs for long, [bottle feeding them] is a temporary thing,” she added.

“We want to find a foster mother, so we don’t get too attached – the best thing for a lamb is to be with its mother.”

Ahead of the new series debuted tomorrow, a Channel 5 spokesperson said: “The series, which first aired in 2018, has garnered immense popularity over the years for its heart-warming and refreshingly honest portrayal of family life in the countryside.

“Viewers and critics have praised Amanda and Clive Owen’s unique parenting style as they raise their nine ‘free-range’ children on their 2,000-acre remote hill farm in the Yorkshire Dales.

“Our Yorkshire Farm demonstrates Channel 5’s continued commitment to the nations and regions, particularly in Yorkshire, where it has invested over £20m since 2015. The channel’s support for the regions is aligned with a substantial viewership outside of London, Yorkshire, North West, Border, and Eastern Regions of the UK.”

Our Yorkshire Farm returns to Channel 5 tomorrow at 9pm.