From the Archives: The Castle opens to rave reviews in the United States

The Castle hits the spot with reviewers in the United States 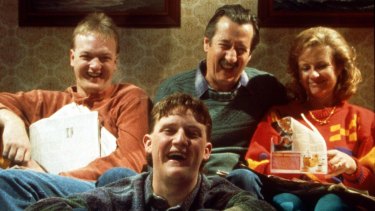 Australian hit comedy film The Castle is expected to draw large crowds when it opens in America this weekend after a swag of positive reviews.

Some reviewers predict The Castle, made by Melbourne's Working Dog productions, could be a surprise hit with American audiences in the same way The Full Monty was last year.

Though many of the major newspaper reviews won't be published until tomorrow, a number of magazines and online film sites have been lavish with praise for the Australian comedy that chronicles the efforts of the Kerrigan family, headed by tow-truck driver Darryl Kerrigan (played by Michael Caton), who battle to block the compulsory acquisition of their home for an airport expansion.

Box Office magazine leads the charge with a four-out-of-five star rating, and a review that concludes with the assessment that "The Castle will be a worthwhile discovery for fans of off-beat humor … Beneath this film's perfectly modulated deadpan delivery beats a sincere and affectionate heart". 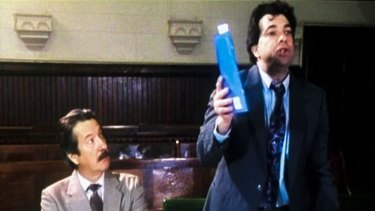 Dennis Denuto, the fictional lawyer out of his depth in The Castle.Credit:Publicity

Harper's Bazaar's film reviewer, Richard Raynor, enthuses that the film "is chock full of riotous Capraesque sentiment and is one of the funniest movies I've seen in 11years", while Time Out New York says that "the film is a textbook example of low-brow, feel-good entertainment, a rousing jolly romp that has you chuckling as you leave the theatre".

Film Scouts, describing the film as "heartwarming and hilarious", suggests that: "Somewhere along the lines of The Full Monty or Waking Ned Divine, this Australian import may just be the next sleeper hit that wins over an American audience."

And a website called Scott Renshaw's Screening Room is more upbeat still, saying that The Castle is precisely the kind of film that Hollywood would not have been able to make.

"The use of a voice-over narrator would have turned into a crutch instead of a source of inspired brilliance. The working-class characters might have been either salt-of-the-earth or grotesque, but never the perfect blend of both. The tale of a little guy fighting the system would have been wrapped up by a wildly cheering courtroom gallery, instead of a delightfully profane two-word summation. And the neat and tidy 82-minute running time would have been bloated by another 15 or 20 minutes. Thank the gods of cinema that The Castle was made in Australia, where director/co-screenwriter Rob Sitch and his cohorts have turned the 1997 Aussie smash into the brightest, most raucous comedy to hit America in 1999." 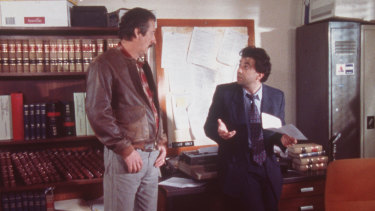 Yet while most reviewers have been impressed by the film's "offbeat" qualities, Newsweek's Dave Anson is unsure how Americans will warm to what the magazine describes as its "aggressively Aussie" tone. "While it obviously struck a deep chord in its homeland, here it's not much more than a light tap on the funny bone," Anson wrote.

So far the sole negative voice comes from New York's Village Voice magazine, which says that "like too many Aussie kitschfests, The Castle is transparently opportunistic".

The Castle has a new music score and some minor dialogue changes for its American release. It opens in New York and Los Angeles today.