HBO phenomenon Game of Thrones is now at an end with the story done and dusted. The show completed broadcast earlier this week but many fans still have plenty of questions about the ending. The biggest is the final moment between Jon Snow (played by Kit Harington) and Daenerys Targaryen (Emilia Clarke) which was a game changer.

Why did Jon Snow kill Dany?

WARNING: This night is dark and full of spoilers! This article contains major spoilers from Game of Thrones season 8

Jon killed Daenerys because he could see the tyrant she would become should she take the Iron Throne.

He was convinced by Tyrion Lannister (Peter Dinklage) that Dany needed to be killed otherwise she would bring down terror upon the world.

Despite maintaining the Mother of Dragons was his queen, he realised Tyrion was right.

The tide started to turn for Jon in the penultimate instalment after Daenerys massacred the innocents of King’s Landing because they supported the Lannisters.

In The Bells, she unleashed a fiery fury from the back of Drogon as men, women and children were burnt alive as they tried to flee from the city. 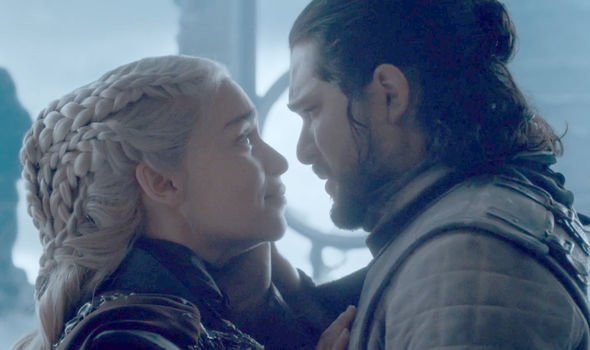 Even after the battle was won, Dany ordered the Unsullied to execute soldiers for their loyalty to Cersei (Lena Headey) rather than keeping them as prisoners.

When Jon tried to confront Dany over her brutal actions, she told him her brave new world order couldn’t be created by allowing “small mercies”.

She told Jon she planned to liberate Westeros and anyone who stood in her way would be obliterated – even if they thought they were doing the right way.

Her words crystallised Jon’s decision to kill Dany instead of allowing her to begin a new reign of Targaryen terror and bloodshed.

WHY WAS JON SNOW’S TRUE IDENTITY NOT REVEALED?

After her actions in The Bells, Dany had transformed into the Mad Queen and killing her would be the only way to end her rule.

Another reason why Jon killed Dany may have been down to self-preservation because she knew of his stronger claim to the Iron Throne.

After learning Jon was really Aegon Targaryen, Dany was angry and would have probably killed him at some point.

She also tried to stop him from telling others about his true parentage, again suggesting she wanted to maintain her claim. 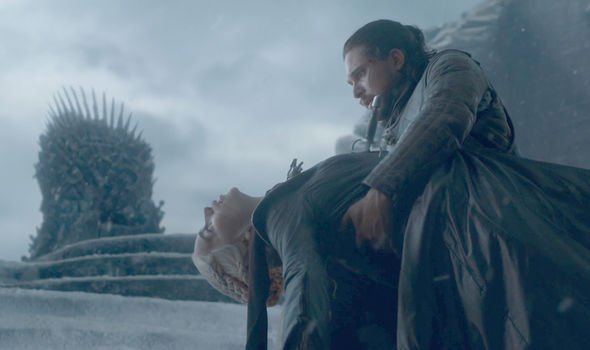 There’s no clear answer as to why Drogon chose to melt the Iron Throne rather barbecue Jon.

For a moment it looked like Jon was toast but the dragon decided to release its ire on the throne instead.

Drogon was quite clearly furious and was raging at her death, so it seems strange he left Jon.

Perhaps Drogon spared Jon because he could sense his Targaryen blood and would not kill one of his own family members.

Also, Jon rode a dragon during the Battle of Winterfell and so established himself as a dragon rider which may have been why he was allowed to live. 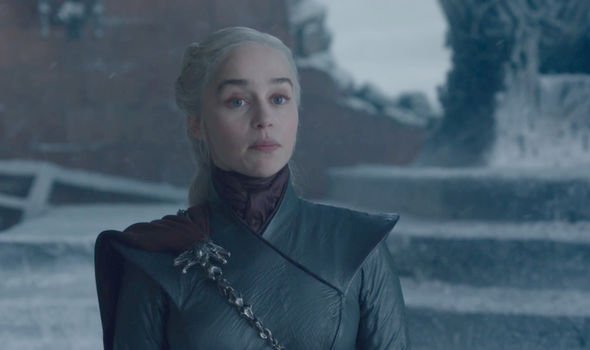 One other reason Jon wasn’t burnt to crisp may have been because the dragon didn’t realise he killed Dany.

Drogon only turned up after Dany had been stabbed and didn’t see it happen.

In fact, the dragon had to prod his mother’s lifeless body several times before realising she’d passed away, so he may not have realised she’d been murdered by Jon.

After Drogon reduced the Iron Throne to a puddle of molten steel, he picked up Dany and proceeded to fly East with the assumption he was taking his mother back to their home of Valyria.