Last week’s Game of Thrones instalment was one of the most divisive in season eight.

Not only did Daenerys Targaryen (played by Emilia Clarke) prove she was destined to be the Mad Queen all along, but there were a number of shocking deaths.

The most devastating was Jaime (Nicolaj Coster-Waldau) and Cersei Lannister’s (Lena Headey) joint death as they resigned themselves to being crushed together in the rubble of the Red Keep at Kings Landing.

But while the heart wrenching moment proved a fitting ending for the sibling lovers for some fans, others were worried about how Brienne – who also loved Jaime – would cope with the news of his demise.

Brienne is yet to discover her lover’s fate following the catastrophic events of episode five “The Bells”.

Will the news be the catalyst to send the Knight on a completely different path?

After years of being sworn to protect Lady Sansa Stark (Sophie Turner), could Brienne’s grief be so encompassing she abandons her post to embark on a new journey of self-discovery?

Gwendoline is appearing on the Graham Norton Show tonight to discuss how she felt about the ending, there could be a major twist for her character ahead.

The show is presented by guest host Jack Whitehall while Graham is in Israel to commentate the Eurovision Song Contest 2019 final. 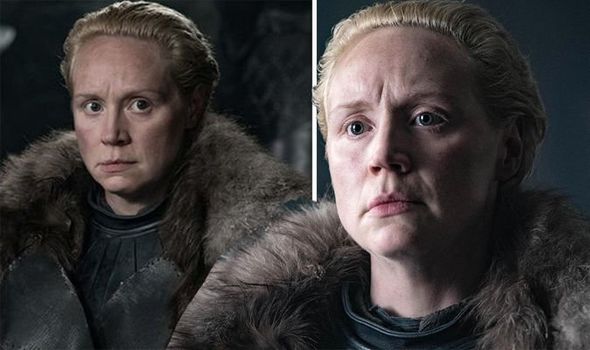 The one-off programme also features the likes of Peter Crouch and David Walliams.

Asked how she felt saying goodbye to the series which had such a massive impact on her life, Gwendoline shared how she’s been preparing for the finish for a while.

“I have been telling myself for years that it will end,” she said. “And that I have to be prepared to let go.

:When it came to the final episode, I got through it and I felt fine all day.

“But, when it came to the speeches, I finally went to pieces and couldn’t stop crying for two hours.” 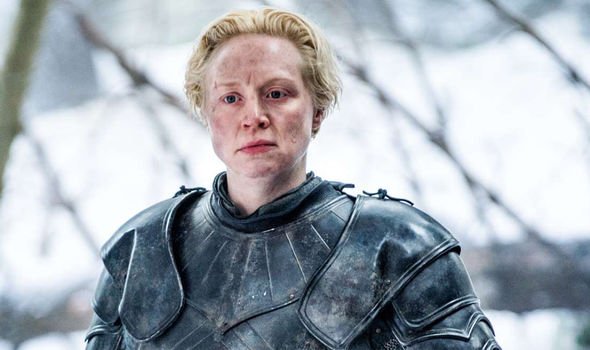 The star went on to say even her fellow cast-members got fed up with her upset – could this mean Brine’s ending is more emotional and tragic than some of the other characters?

“People got bored with me in the end, but I got it out of my system,” she said.

When it came to teasing exactly what happened in the finale however, Gwendoline was well-trained.

The actress simply gave an emphatic “no”, and viewers will have to wait to find out.

Game of Thrones season eight concludes Sunday at 2am on HBO and is simulcast on Sky Atlantic and NOW TV in the UK.