Game of Thrones season eight, episode five began early on with Varys’s (played by Conleth Hill) death and it set the tone for an episode full of huge deaths.

He was killed by Daenerys Targaryen’s (Emilia Clarke) dragon after she find out he had been plotting to betray her and announce Jon Snow (Kit Harington) as the rightful heir to the Iron Throne.

Now, fans of the HBO show are suggesting he may just have succeeded and he will cause her downfall from beyond the grave.

He was seen writing letters in opening scenes and fans are speculating he was writing to powerful allies to reveal Jon’s true ancestry and bring down Daenerys.

One fan suggested: “Also Varys was writing letters about Jon’s true lineage to lords of Westeros so her claim is f****d even after the massacre. And those that didn’t get it that little bird earlier was tasked to poison Daenarys but she wasn’t eating.”

Another predicted: “Varys’s letters get to the rest of Westeros. Dany marries Jon because everyone wants Jon to be king, but she wants to rule. At the wedding, Dany dies. Poisoned by the little bird Varys talked to in episode five. Because all big things in Thrones happen at weddings.”

He succeeded in sending at least one letter and this could result in the downfall of Daenerys as the rest of Westeros seeks to put Jon on the throne as the rightful heir.

One possible recipient could be the new Prince of Dorne, a member of House Martell who are traditional allies of House Targaryen, who wishes to have the rightful Targaryen on the throne.

Varys mentions to Daenerys she has the support of the prince in heading to King’s Landing and taking the Iron Throne, but after Varys suspects she has ulterior motives he might have written to the prince informing him the news about Jon.

It would be an heroic act if he manages to instigate Daenerys’ downfall and give him the sendoff fans feel he deserves. 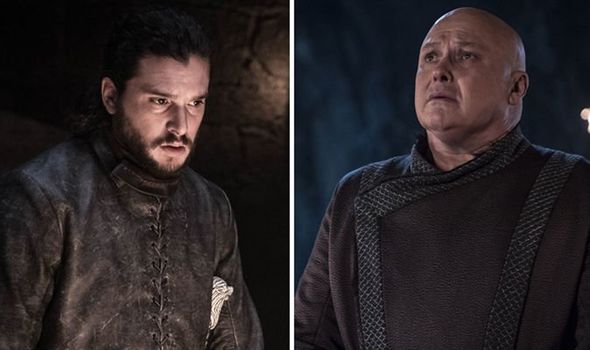 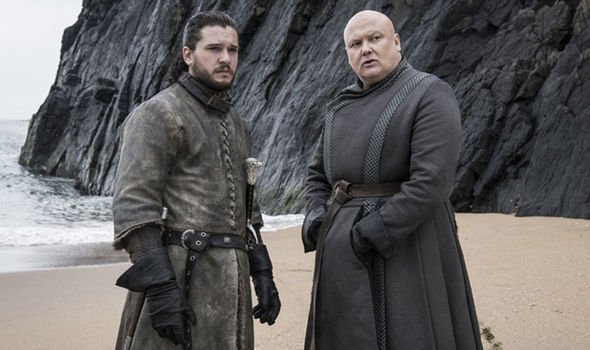 His ability to gather information and use it for his advantage has become well-known to the major characters of the show and made it a valuable asset.

However, he has played a less important role in season eight, so maybe he was lying low before striking a crucial blow before he died.

Star Conleth has previously revealed his “frustration” at the final few seasons of the series because Varys was not given enough coverage.

He told Entertainment Weekly: “I was very bummed to not have a final scene with [Aidan Gillen].

“I was bummed not to have any reaction to him dying, if he was my nemesis. That’s been my feeling the last couple seasons, that my character became more peripheral, that they concentrated on others more.

“That’s fine. It’s the nature of a multi-character show. It was kind of frustrating. As a whole, it’s been overwhelmingly positive and brilliant, but I suppose the last couple seasons weren’t my favourite.” 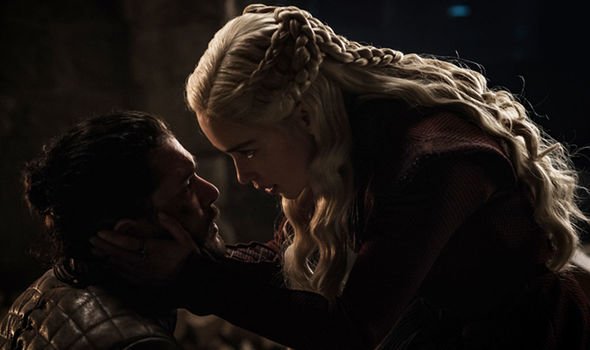 It was kind of frustrating

“That’s fine. It’s the nature of a multi-character show. It was kind of frustrating. As a whole, it’s been overwhelmingly positive and brilliant, but I suppose the last couple seasons weren’t my favourite.”

He also revealed which death he regretted most.

Fans also think he is capable of anything after they spotted a clue suggesting he attempted to poison Daenerys before she killed him.

They can only imagine how the course of history might have been different he had succeeded.

Daenerys would not have gone on her Mad Queen rampage, but Cersei would still be on the Iron Throne.

Game of Thrones continues Sunday on HBO in the USA and the following day on Sky Atlantic and NOW TV in the UK.