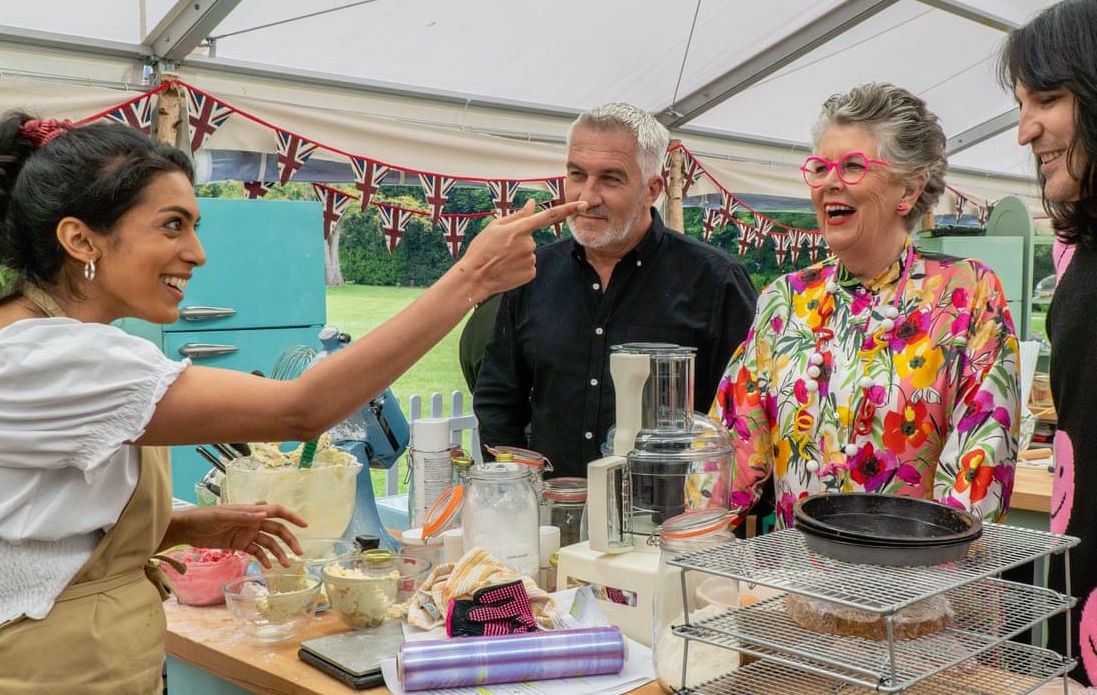 So far, the current series of Great British Bake Off has been a little flat – flat as a poorly risen soufflé, in fact.

Aside from mega genius Jurgen and charismatic Italian Giuseppe – as well as some increasingly bizarre links from Paul Hollywood and co. – there’s not been a huge amount to savour. The ratings have been down and the show hasn’t taken over social media like it has done in recent years.

Believe us, it brings no pleasure to say that the 2021 series has yet to properly win us over like it has so many often before, and dessert week encapsulated our frustrations.

What’s to blame? Well, we know one thing – the bakers are badly mismatched.

Maggie, smiley and relentlessly upbeat though she might be, produced the latest in a line of traditional, underwhelming dishes in the pavlova signature. It was no surprise when, after an inarguably woeful effort in the technical, her fate was secured as the fourth baker to leave the tent.

At the other end of the scale, Jurgen showed once again why he could swap places with Paul and Prue and judge the competition himself if he wanted to. He produced a beautiful pavlova in the signature, and made it abundantly clear that he and Giuseppe are far ahead of the others.

We’ve come away feeling a little undercooked once again, and yet to fall in love with this year’s hopefuls. After 18 months of the nation cooking banana bread, surely they could have found a more impressive line-up than this?

Like an overly sweet toffee pudding, the current series is starting to cloy. For the first time ever, we’re starting to count down the weeks until the series is wrapped up.

Great British Bake Off continues on Tuesday at 8pm on Channel 4.