GEMMA Collins looked slimmer than ever as she posed in a shimmering blue coord on Instagram today.

The 39-year-old showcased her incredible three stone weight loss as she donned icy blue leggings and a matching v-neck top with a waist tie. 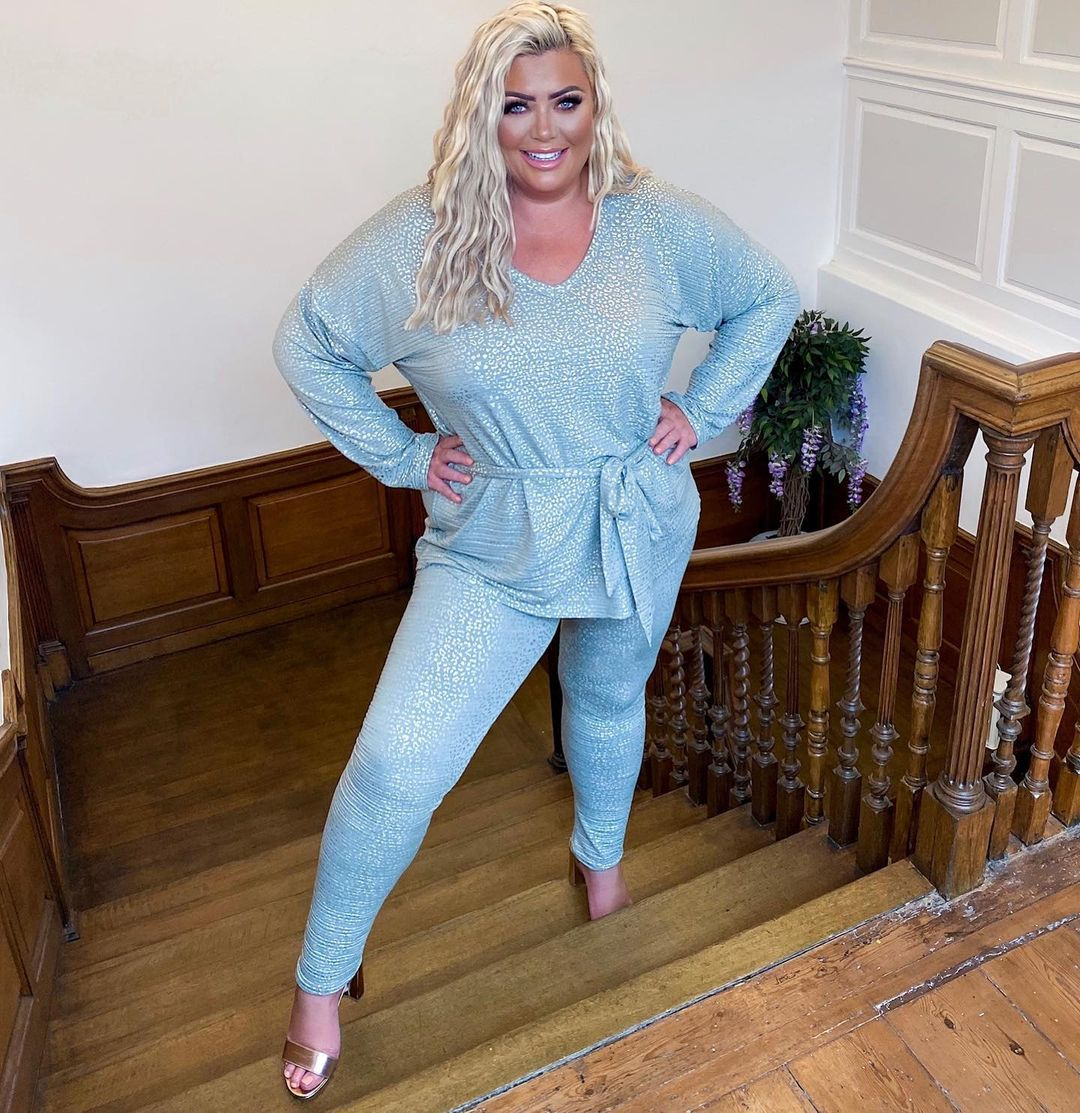 The former Towie stalwart beamed for the camera while she posed on a grand staircase in the ensemble and a pair of metallic sandals.

Keeping to her glamorous ways, she worked her blonde locks into a mermaid style curl and sported a bronzed beauty look.

Hours later Gemma was spotted filming new scenes for a festive edition of her reality series Diva Forever in London.

The TV star stopped by Kingdom of Sweets on Oxford Street and posed up a storm outside the store in her leather look leggings and a black hoodie. 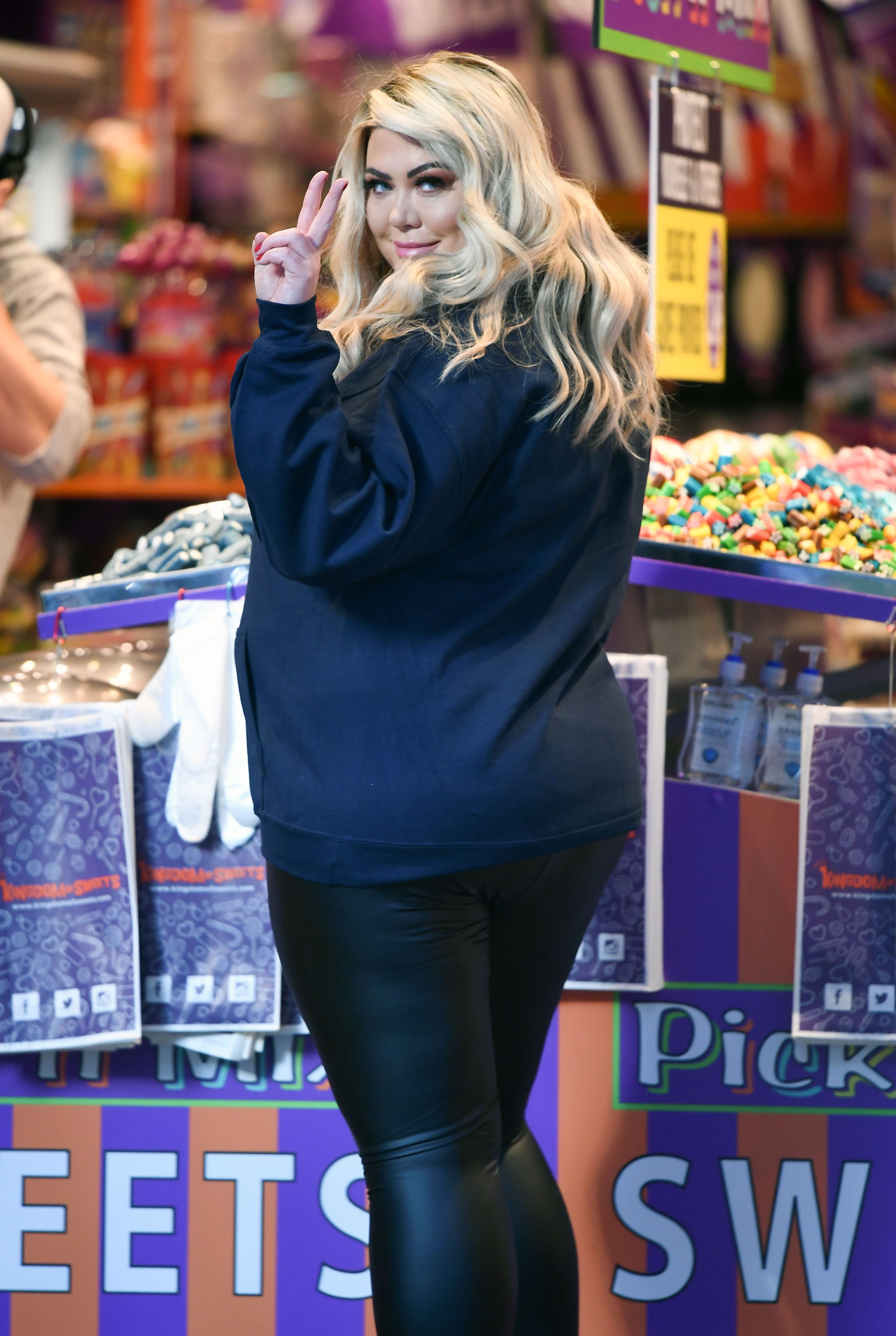 The GC's impressive weight loss journey has been credited to her following a range of hardcore diets and by using controversial weight loss injections.

She has treated herself to various other procedures since shedding the pounds, including a hydro oxygen facial back in August.

Last month, the star opened up about the horrific fat-shaming she had experienced, saying she was once followed around an airport by a man chanting "fatty, fatty". 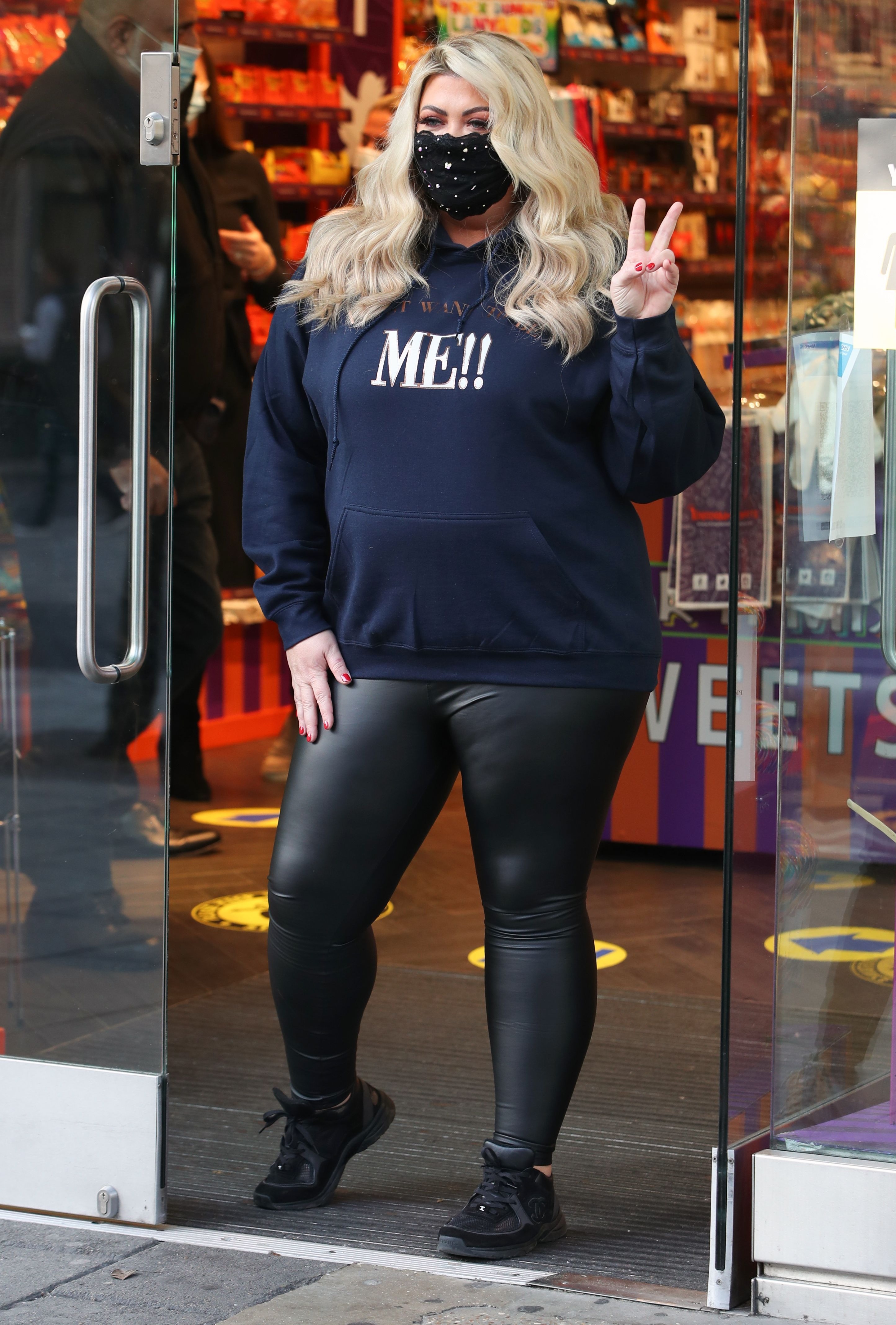 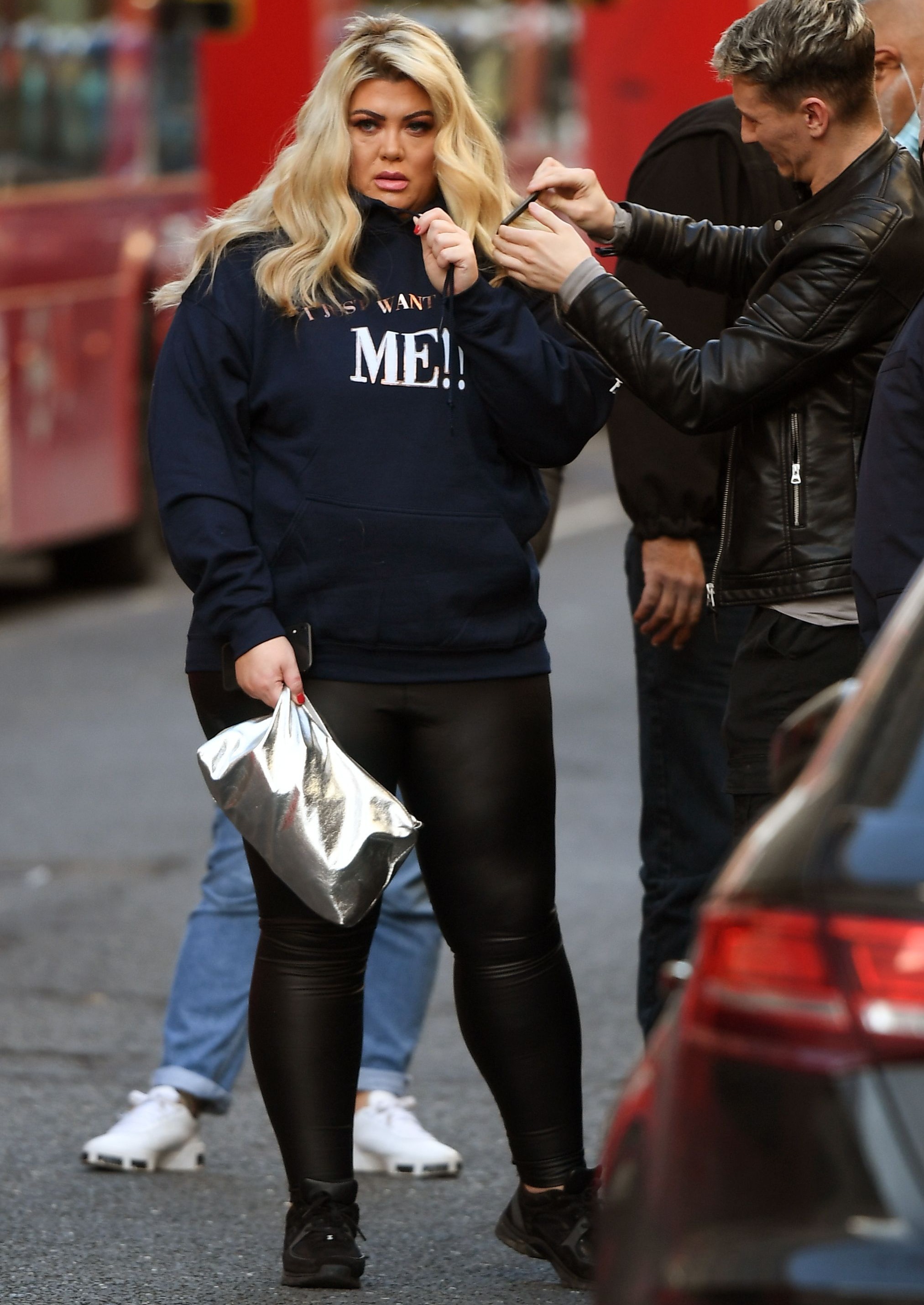 Although she has confirmed that she has lost around three stone, Gemma has refused to reveal how much she weighs – or how much she was at her biggest.

The star says she focuses more on how she feels than the numbers on a scale and does not want to encourage young girls to weigh themselves obsessively.

Elsewhere, Gemma is currently filming the Diva Christmas special and gave fans a sneak peek of her festive show yesterday.

In the pic on Instagram, Gemma donned a stylish leopard print jumpsuit and stood with her hand in her curvy blonde hair. 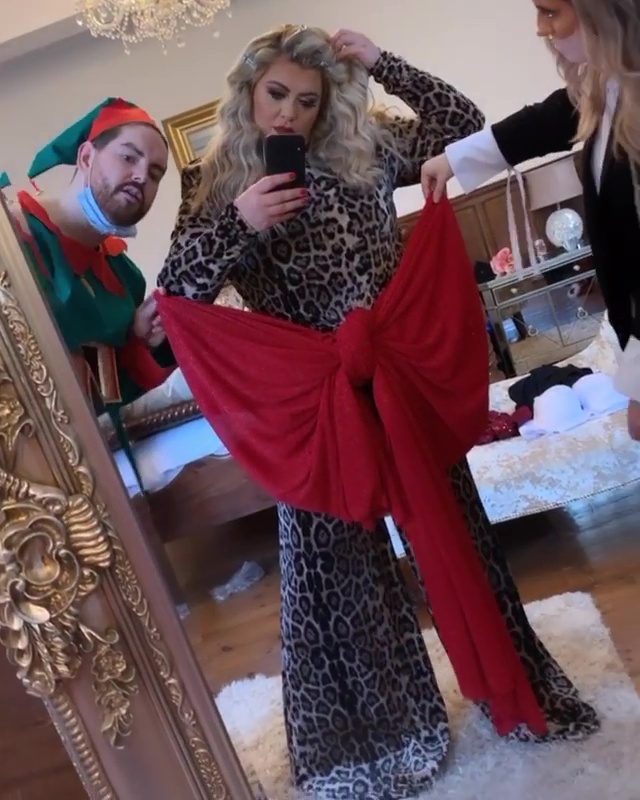 On one side was an elf, who was helping to hold up a big red bow in front of the star.