Grantchester has been airing for the past eight years and has slowly but surely won itself a loyal fanbase during this time. The mystery ITV drama sees Reverend Will Davenport (played by Tom Brittney) work with Inspector Geordie Keating (Robson Green) to investigate the crimes of the village but when he isn’t working with the police, Will is tending to his flock or spending time with his then-girlfriend Bonnie (Charlotte Ritchie). But in the season seven finale earlier this year, Will’s perspective on what his priorities should be, changed.

Will had been dating newcomer to the village, widow Bonnie, since the start of season seven after she was first introduced as Cathy’s (Kacey Ainsworth) cousin.

Their relationship was going well but things took a dramatic turn when Will had a near-death experience, having been stabbed by a prospective seminary student.

Thankfully, Will survived and the student, who was discovered to be a serial killer, was put behind bars.

But in another surprising twist, Will and Bonnie were seen in the series finale, exchanging vows in an unexpected wedding. 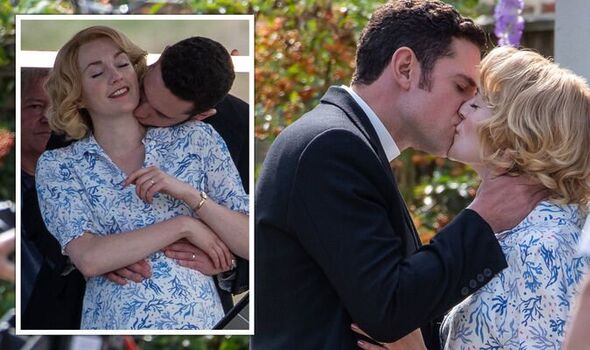 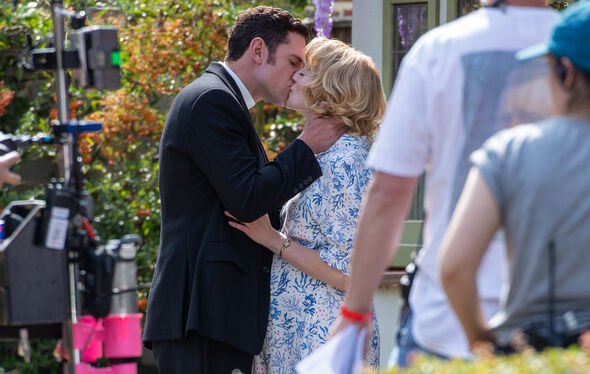 Explaining their last-minute nuptials in his wedding speech, Will said: “The moment I knew I wanted to spend the rest of my life with Bonnie was the moment I thought I was about to die.

“Because I’d been scared that I wouldn’t know how to love, or to be a father, or to even be myself without some cause to fight for.”

Images from the upcoming eighth season have now revealed there is going to be another shock on the way for Grantchester fans. 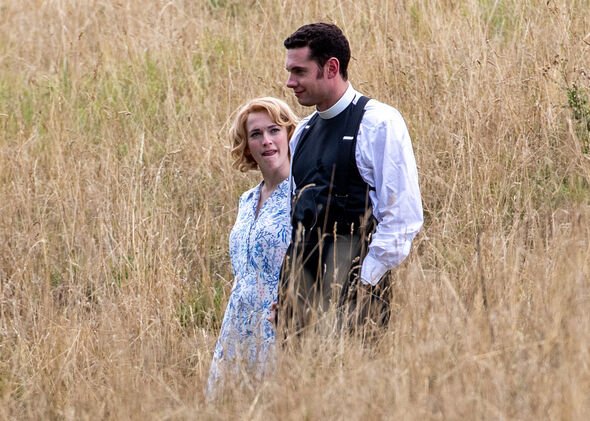 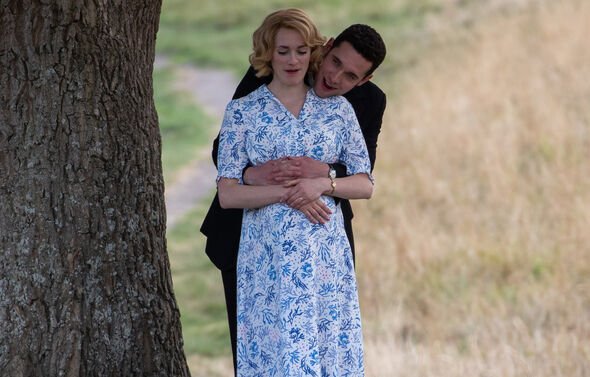 Filming has started on season eight of Grantchester and images from this next series have been released teasing the next step for Will and Bonnie.

Tom Brittney’s Will is seen standing behind his new wife, cuddling her and cradling her belly, insinuating that she is pregnant.

In another picture with Bonnie dressed in a blue dress, both of their arms are resting on the upper part of her stomach, with the couple standing in a field.

So how will Will and Bonnie cope with a newborn on the way after their whirlwind wedding?

As of yet, there has been no word on exactly when Grantchester will return for its next season.

The drama’s latest series made its debut in March 2022 so fans are expecting its return sometime in early 2023.

Actors Robson Green and Tom Brittney will be reprising their roles as Geordie Keating and Will Davenport.

The synopsis reads: “Will is the happiest he’s ever been but his world will be rocked by a terrible accident.

“He’s always preached the word of a compassionate God – but how can he now, when his despair leads him on a dangerous downward spiral?

“Geordie has found a new contentment in his relationship with Cathy, but when they are both confronted with shocking announcements at work their happiness is threatened.

“As Mrs C, Leonard, Jack and Daniel rally around, both Will and Geordie find themselves in unfamiliar, emotional waters and murder is always around the corner.

Fans can also expect the season’s episodes to cover topics from Speedway to spies, exploring the lives of invisible women and the very visible problems caused by Leonard’s new vocation which may, once again, find him battling the law.”

Grantchester season eight will premiere in 2023 on Masterpiece PBS in the USA and ITV in the UK.