Grieving Abi lashes out at murderer Corey in Corrie: 'He's killed my lad!' 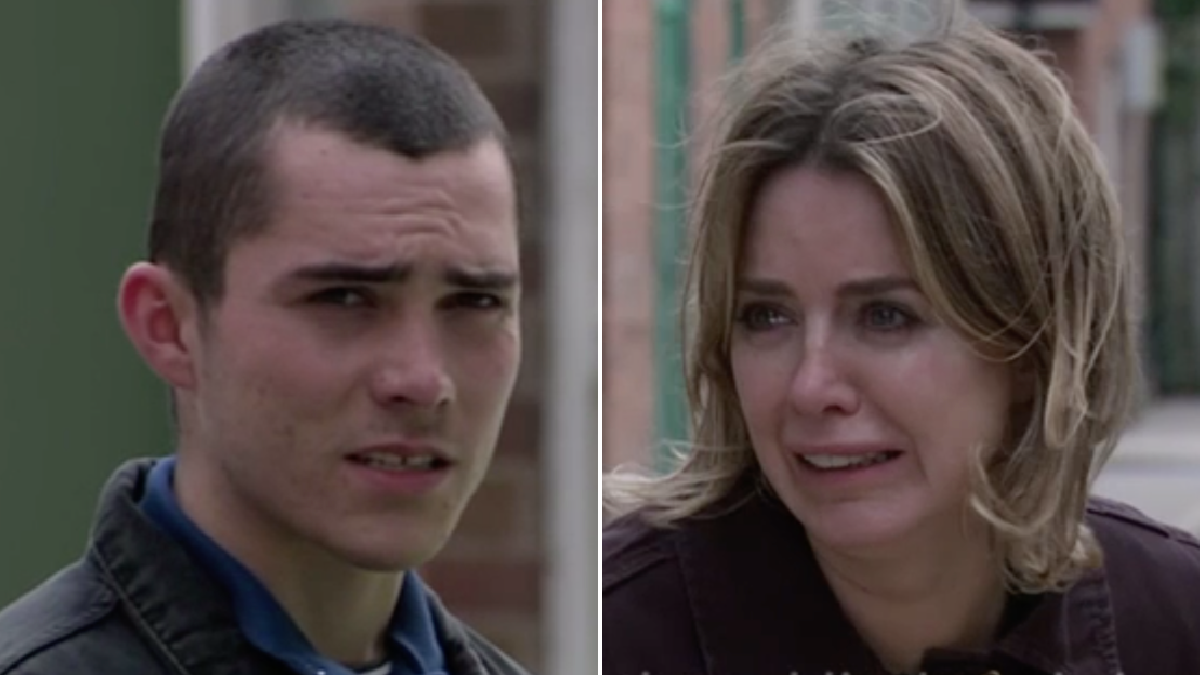 Coronation Street’s Abi Franklin (Sally Carman) was on a mission to get justice for son Seb (Harry Visinoni).

Seb tragically died last week, after he and Nina Lucas (Mollie Gallagher) were subjected to a heinous and unprovoked attack.

Abi was heartbroken when she learned of her son’s passing, and set out on a mission to avenge him during tonight’s double-bill (May 10).

Corey Brent (Maximus Evans), meanwhile, was hellbent on covering his tracks, and therefore he pleaded with Asha Alahan (Tanisha Gorey) to provide him with an alibi.

At first, it seemed as if Asha was going to do just that, but she ultimately reconsidered after a conversation with both Nina and Amy Barlow (Elle Mulvaney).

As a result, Corey was arrested and taken in for questioning.

Afterwards, he headed back to the flat to retrieve his belongings, as he was moving back in with his mum and dad.

Having set foot outside her home to take a look at the memorial Alina Pop (Ruxandra Porojnicu) and Emma Brooker (Alexandra Mardell) had made for Seb, Abi caught sight of Corey being escorted out of his flat by a policeman.

She was seething, and headed over to confront him. However, upon learning that Corey was heading back to his mum and dad’s – meaning he’d been released – she broke down in tears.

‘He’s killed my lad!’, she exclaimed. ‘And they’re letting him go back home to his family.’

Coronation Street continues Wednesday May 12 at 7:30pm on ITV.