Bonkers: Tim Downie and Josh Howie star in My5 sitcom

Created by Gary Sinyor, Hapless followed Paul, a journalist at the UK’s fourth most successful Jewish newspaper as he tries to find rubbish news stories to appease his editor. Paul’s enquiring nature often leads to chaos and there are plenty of hilarious moments between the journalist, his sister (Lucy Montgomery), annoying best friend (Josh Howie) and father (Geoffrey McGivern).

Following the release of the first six episodes, viewers will no doubt be wondering if Paul will land himself in any more trouble.

Commenting on the potential of a second series, lead actor Tim said he would “adore” being given the chance to return.

“You never know. I mean, we would obviously adore doing another series,” he said, speaking exclusively to Express.co.uk.

“Gary’s brimming with stories and moments, things like that. We were chatting the other day and asked ‘How on earth are these things keeps happening?’ 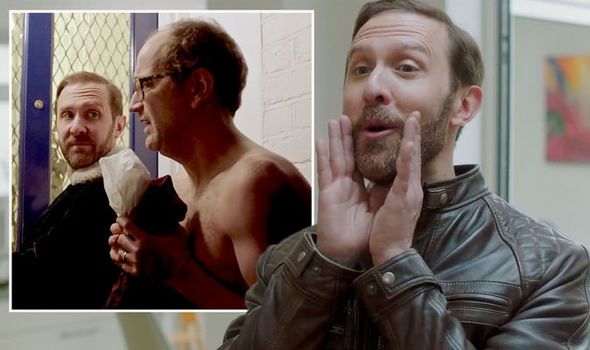 “Surely you must have gotten to a point now where these things aren’t still happening, and yeah, there’s plenty of material.”

He added the pair would “love” to do more for Hapless in the future.

Opening up on why he wanted to be part of the series, Tim detailed: “It’s Gary’s baby, I think [Paul] was initially like a different journalist who worked for a different type of magazine or newspaper. So it was quite, it was quite sort of vague.”

However, Tim got on board when he met up with Gary to share ideas about the series. 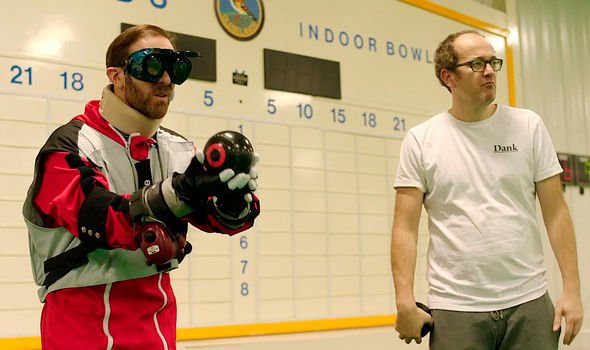 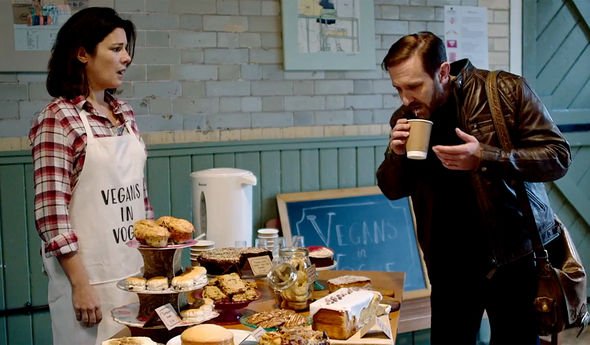 “And it kind of gradually, very organically kind of became what it is.

“I mean, it’s very much Gary’s experiences, a lot of those experiences are real experiences that Gary has either actually experienced, which is quite extraordinary itself or indeed, have happened to friends.

“He has transcribed people’s failings into art,” he added.

The first instalment saw Paul reporting on an organic butchers but things didn’t go to plan when he annoyed a vegan baker.

Paul’s sister ended up in a tussle with the baker as he watched on in horror.

Recalling filming the scene, Tim admitted there were some challenges from the public who walked into shot.

“Only the most usual of things you know, kind of popped up. Even normal problems or whatever pop up you know, traffic or people standing and staring and going ‘What are you doing?’” he shared.

“Sorry, could you move, you’re in shot’ and things like that. We are a small little crew.”

Tim continued: “When you’re a tiny little film crew, and you’re just standing outside a butcher’s deliberately creating a stir, people do people do come up.

“There was also the other thing of being very, very English about things where people will just go, ‘Excuse me, I need to go get sausages,’ and just kind of gently push past you in the middle of a thing.”

New sitcom Hapless, starring Tim Downie, is available to watch in full on My5 now