The convicted producer had a heart procedure while in the hospital 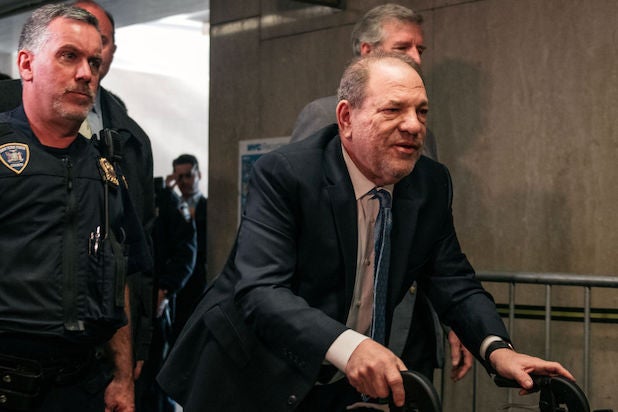 Harvey Weinstein is being moved to the North Infirmary Command, the medical facility at Rikers Island, following a 10-day stay at Bellevue Hospital, according to Weinstein’s spokesperson.

The Department of Correction did not immediately respond to TheWrap’s request for comment.

Weinstein was found guilty of rape and a forcible sexual act by a Manhattan jury last Monday, ending his months-long criminal trial that heard the testimonies of six women who accused him of sexual assault. He was acquitted of the most serious charges of predatory sexual assault, which held the possibility of a life sentence.

Weinstein faces up to 29 years in prison. His sentencing is scheduled for March 11.