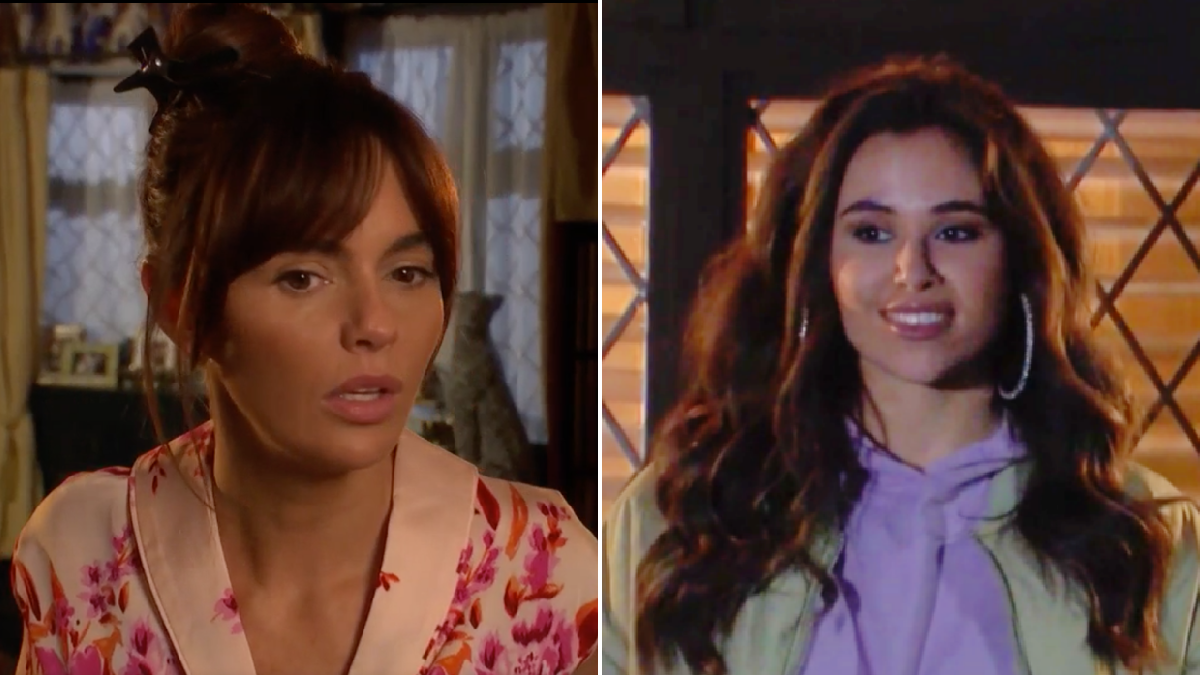 The young woman has been hellbent on destroying her stepmum for several months now, and she’s taken drastic action in order to do so.

From leaking her sex tape, to causing problems between her and Sylver (David Tag) – not to mention severely injuring her! – Cher is determined to do whatever it takes to get Mercedes out of the way.

Tonight’s edition of the Channel 4 soap saw the young woman seethe with rage, as she discovered Mercedes had questioned whether or not she was innocent in the murder of George Kiss (Callum Kerr).

Mercedes, however, had more pressing matters to deal with than her stepdaughter’s rage, as she discovered that – in spite of her symptoms – she was not pregnant.

The discovery brought up painful memories of Gabriel, and therefore she sought solace in her little boy’s memory box.

Cher, once again put out by Mercedes’ grief, cruelly stole the box, and prepared to set fire to it – until Liberty Savage (Jessamy Stoddart) unwittingly gave her another option.

Mercedes, meanwhile, was devastated to discover her memory box had gone missing – so you can imagine her surprise when she returned to the kitchen to find it exactly where it was previously!

Cher, of course, denied having all knowledge of the box having ever been missing, making Mercy question herself.

The young girl then told Mercedes that all is forgiven on account of her being ‘vulnerable.’

It’s clear that Cher intends to use Mercedes’ vulnerability to her advantage, as she cruelly played aloud sounds of a baby crying in order to make her stepmum questioning what she was hearing.

Yes, Cher is intent on playing the long game with manipulation tactics, but will Mercedes realise that she is being gaslighted by her stepdaughter?