Home » TV & Movies » Hollywood Remembers George Segal: 'A Gift to Us All' 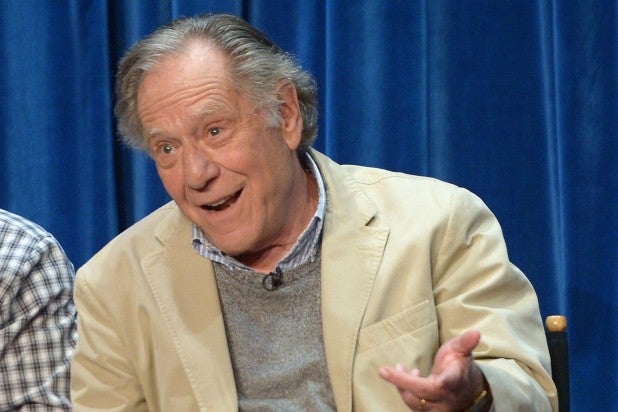 Following the announcement that George Segal had died at age 87, the Golden Globe-winning, Oscar-nominated actor’s peers in Hollywood paid tribute on social media.

“He was a great actor. Too many of these type of posts lately. RIP George!” Ed Asner wrote.

“It was a true honor being a small part of George Segal’s amazing legacy. By pure fate, I ended up casting the perfect person to play Pops. Just like my grandfather, George was a kid at heart with a magical spark,” Adam Goldberg, creator of “The Goldbergs” said.

Segal was a series regular for the past eight seasons on the ABC sitcom, where he played Albert “Pops” Solomon, the eccentric but lovable grandfather. Segal filmed the last episode of the current season before his death, which is set to air on April 7.

In addition to “The Goldbergs,” Segal is also best known for previously playing magazine publisher Jack Gallo on NBC’s “Just Shoot Me!,” a role which garnered him a Golden Globe nomination and aired for seven seasons between 1997-2003.

“So sad to hear or #georgesegal passing,” actress-director Leah Thompson said. “I loved working with him on #CarolineintheCity and directed him recently on @TheGoldbergsABC. He was class talent and a gift to us all #rip friend.”