The BBC programme has consistently received the highest ratings in the 10am slot in recent years. And as the show continues to air daily, host Martin Roberts has given some insight on what’s to come for the programme amid the coronavirus pandemic, which led to the latest series getting “put on hold.” Speaking exclusively to Express.co.uk, the property expert and revealed the project which has been keeping him busy during the pandemic.

Fans of Homes Under the Hammer see hosting trio Martin, Dion Dublin and Martell Maxwell track the progress of those who buy homes in auctions across the UK.

But things are set to change after Martin confirmed they had returned to filming – but little had been done since the coronavirus hit.

Martin said: “So Homes Under the Hammer got put on hold, so we haven’t really done much filming on that since March.

“We’ve done a few days here and there and we’ve tried a new way of filming where it’s just me and a cameraman – that seems to be working.” 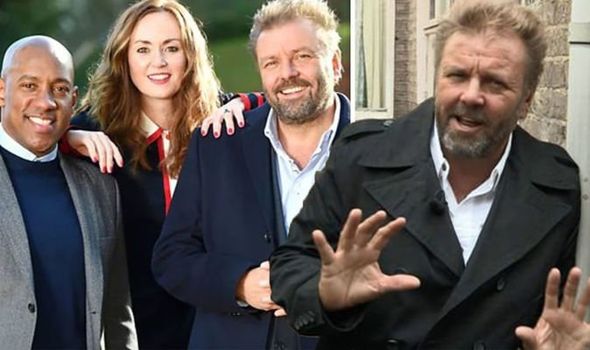 Delving into some of the challenges the production team have faced, he added: “I think it’s just a lot slower, obviously, we can only do one property a day.

“And obviously the auctions are you know, they’re not operating in the normal way. So we’re having to make it you know, adapt there.

Asked how they have managed to cope with the auction rooms not being able to operate as normal, Martin explained: “They can’t. Yeah, so the auctions have gone online, a lot of them.

“So we can’t obviously be there. So what we’re having to do is just to the talk to the auction houses and you know, that get them to ask the people who’ve made the bids, if they are happy to be featured on the show.”

But this has made things slightly more difficult, with Martin noting: “Of course, it’s a lot easier if you’re face-to-face with somebody in the auction to go up to them afterwards and say, ‘Do you mind being on Homes Under the Hammer?’ 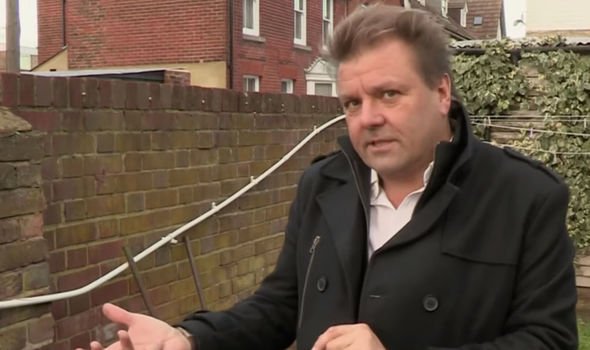 “And then they’re likely to say, ‘Well, I don’t know, what’s it like?’ And then you’ve got a team from our from the production house, who will be able to explain.

“If it’s the auctioneer, who’s having to say, ‘Would you mind being a Home Under the Hammer? I think if they said, ‘No’, that would probably be it.

“So I think you’re obviously going to, you know, work a lot harder.”

Luckily, there have been some positives to come from the change, saying: “There’s a limit to how many auctions we can go to when we’re filming them.

“But if we’re featuring online auctions, there’s no limit,” he added, meaning the show is able to feature a wider range of homes from around the country.

Martin went onto say: “We generally stuck with the larger auctions… the ones in Derby and Manchester and Birmingham, but now we can go to all these other ones, I think I think you’ll see a real increase in the variety of types of property and locations.”

The star has been keeping busy in the lockdown period, writing a new children’s book named Sadsville – which he hopes will encourage youngsters to talk about their emotions.

Martin explained a copy would be provided to every single primary school in the country today.

And on he decided to undertake the project, Martin said: “I wrote Sadsville to – in a really light-hearted way – introduce the idea of emotions to sort of eight and nine-year-old kids, what it’s sort of targeted at and doing in support of the NSPCC.

“So have the silly book, which is basically the man who’s making crisps in the crisps factory, he’s actually putting the real onions in his cheese and onion crisps, so everyone’s crying.

“So that’s why everyone’s sad, but in the process, get the kids talking about emotions, and maybe describing why they feel sad.

“And out that hopefully can come, sort of an opening up and a realisation about the world and emotionsl,” added the star.

Homes Under the Hammer airs weekdays from 10:45am on BBC One.