AS the precocious Prince of Pop who went off the rails, Justin Bieber had very few redeeming features.

Unable to handle astonishing fame and fortune, and adoring teen fans, the Canadian superstar appeared destined to self-destruct amid wild parties, drugs, booze and legal problems — not to mention a pet monkey. 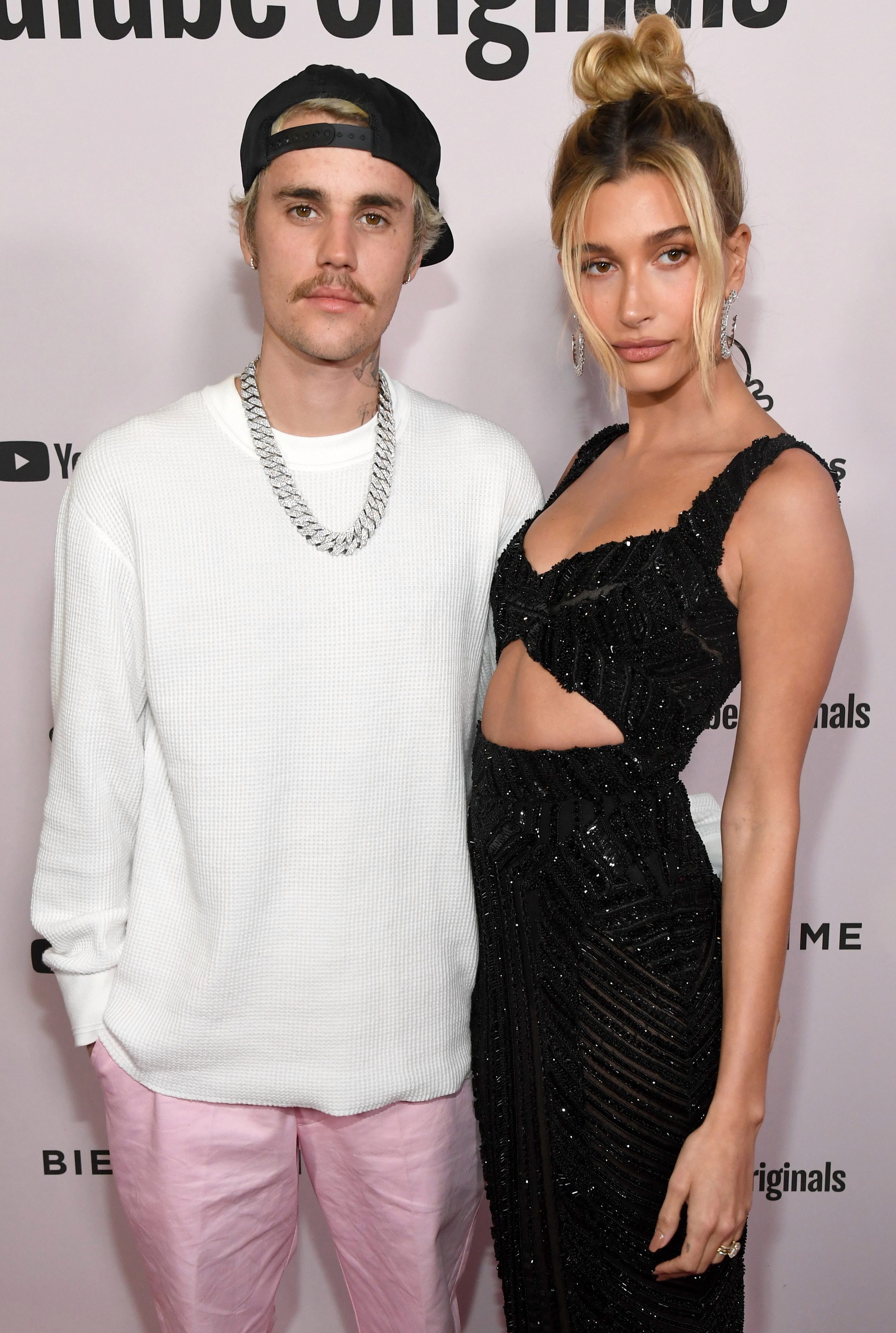 Seven years ago I watched first-hand and open-mouthed as the then 19-year-old rampaged around London, leaving chaos in his wake as he and his rowdy entourage were turfed out of posh hotels and brawled in clubs — in a haze of cannabis smoke and heartbroken female admirers.

But as I watch him backstage at an intimate launch party for his new album this week, sipping mineral water and chatting politely with record executives, the one-time super-brat is barely recognisable.

While a day with Justin may be much calmer than it once was, it remains undeniably surreal.

He speaks with the mildly affected style that many child stars display, but his heavily tattooed frame and Eighties porno-style moustache give him a bemusing twist.

Whether intended as ironic or not, he fills awkward pauses with a southern US drawled “alright, alright, alright”, borrowed directly from Matthew McConaughey’s character in Dallas Buyers Club. 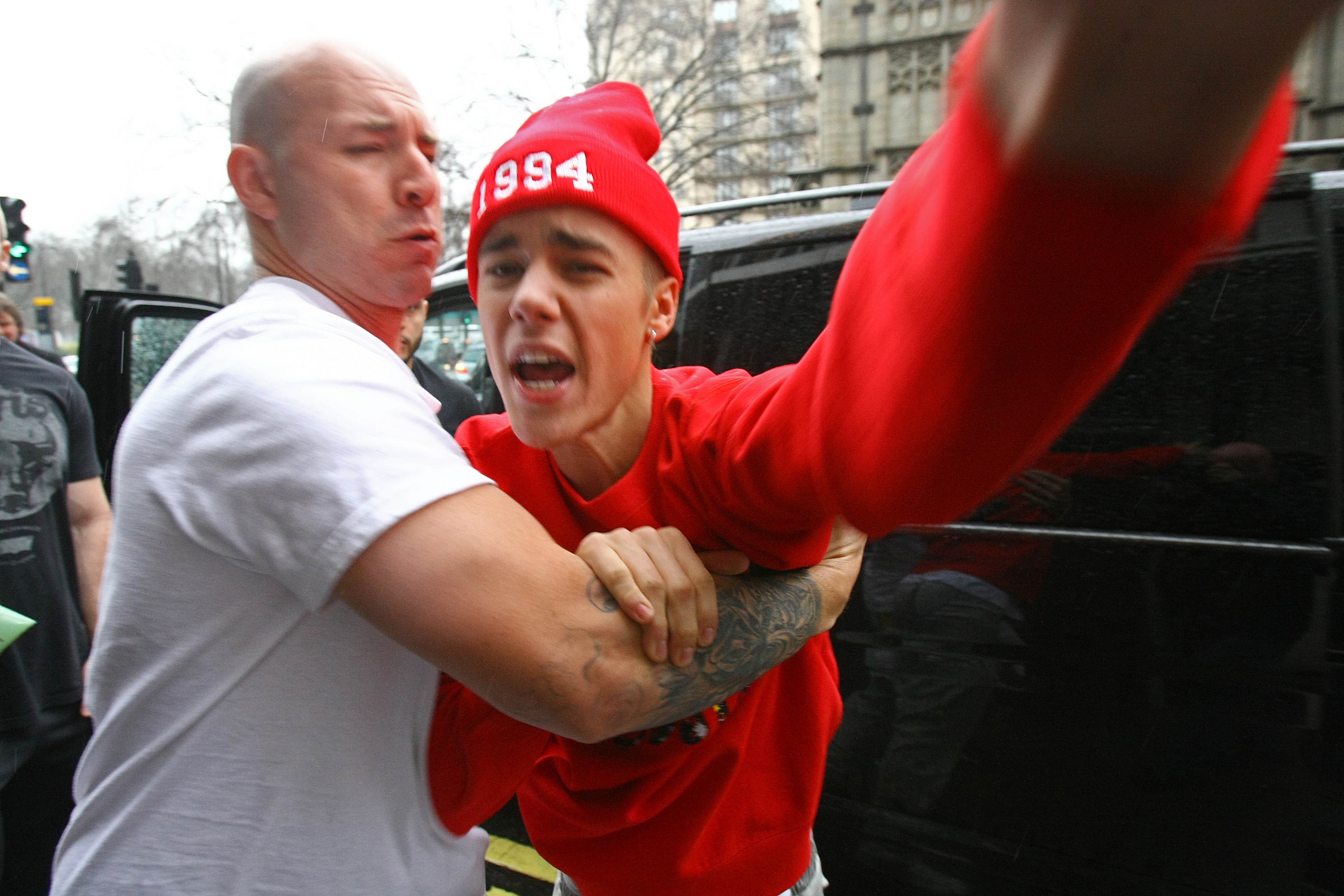 I ask his team if I can grab a picture while here, just feet from the singer who is undeniably one of the world’s most photographed stars — but I’m told he’s “not doing that sort of thing” at the moment. Maybe he’s not sure about the ’tache either.

Where he once spat at fans from hotel windows, attacked photographers and even earned himself bans from China and Argentina for his loutish antics, today he preaches about marital values and religion — and even promises to pray for me.

It’s an astonishing transformation, after the former bad boy settled down with US model wife Hailey Baldwin and embraced the Hillsong Church — a favourite among LA’s evangelical celebrities.

He says: “It’s been a very long journey and I’ve been through a lot but I’ve been working hard for a long time, trying to work out how to express myself better.

“I’ve been through so many changes in my life. 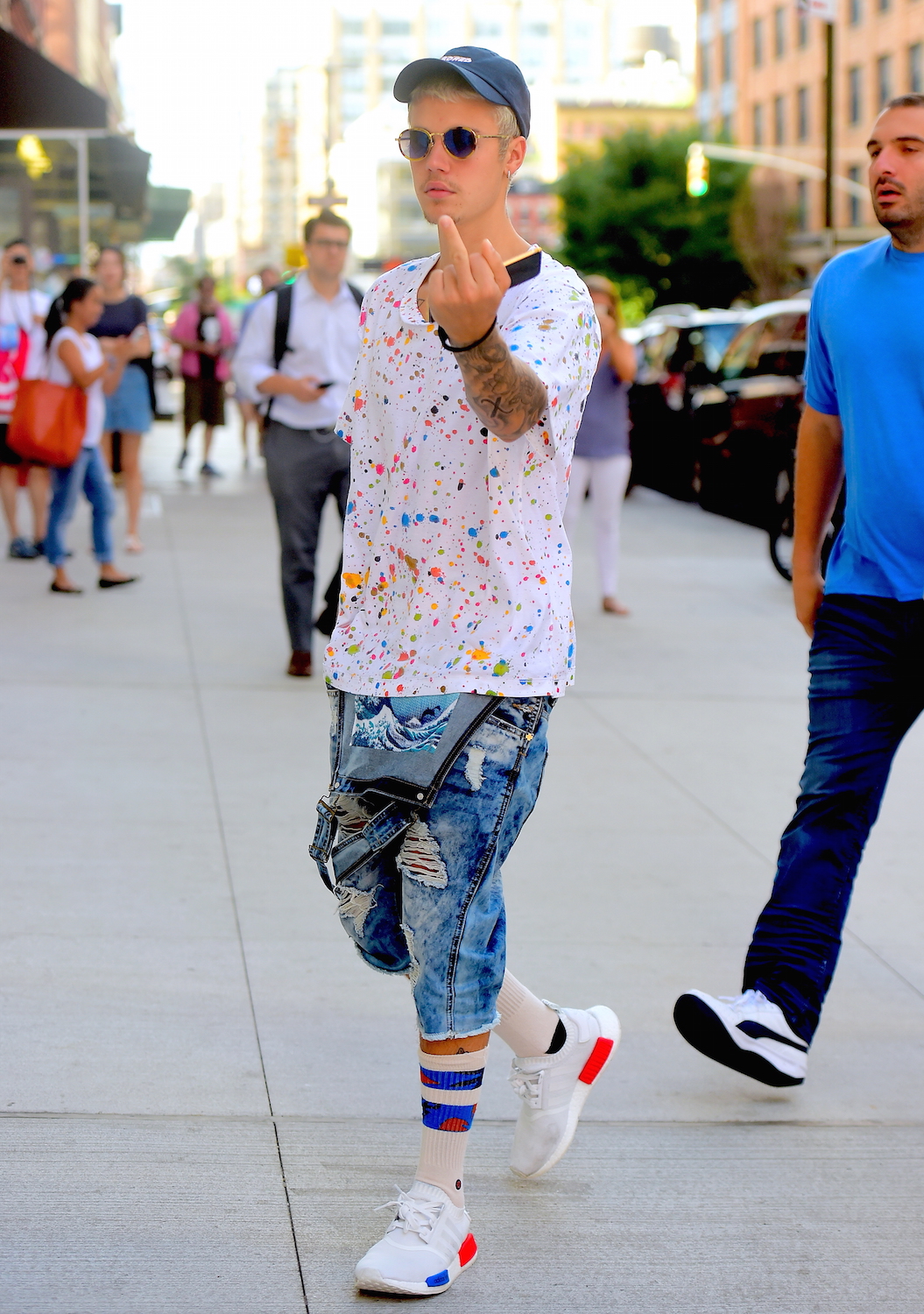 “But of course sometimes we can all be struggling, even though some people hide it better than others.

“I’ve had relationships in the past, new ones, old ones, but none of what I have now in my life is promised — so I’ve started to realise we have to live life to the full.

“My friend Kobe Bryant reminded me that life can be tragic and it can be short.”

I encounter the singer at a London nightclub but it’s mid-afternoon and he is here to showcase latest album Changes, which he says catalogues his transition to adulthood.

Still just 25, he holds himself differently to the youngster I met in London seven years ago.

He’s still confident but is now polite and appreciative of the record executives and the team around him who have come to hear the finished record for the first time.

He is joined by a handful of his close management and a few pals but it’s a calm, relaxed and sober atmosphere.

Instead, I find his loyal team chatting while Justin tries frantically to call home to wife Hailey, who he admits he misses desperately after just a couple of days apart. 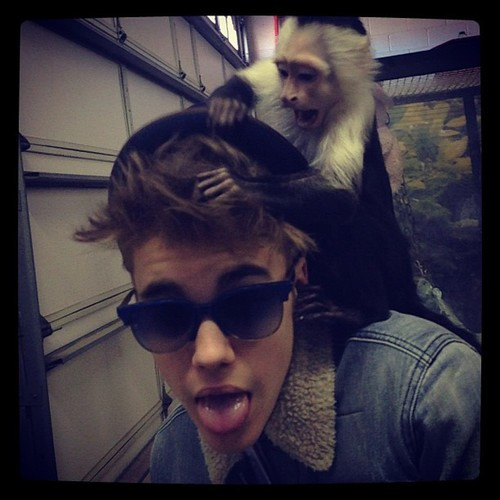 Undoubtedly, at just 23 years old herself, the stunning blonde — who tied the knot with Justin in 2018 — has become the single biggest guiding influence in his life.

One senior member of his team whispers to me as we chat backstage: “It’s finding love — that’s what’s changed him. He’s completely different. Almost unrecognisable.”

Justin says: “One of my favourite songs on the album is called Forever.

“I don’t know if you’re married or have a special person, but the thought of being with my wife for ever just gives me chills.

“We talked this morning. She’s in LA right now and I miss her so much already, but my whole album is dedicated to her and my love for her.

“I really hope that translates.

“It’s one thing to be attracted physically, but now I know it’s really more about being attracted to the whole of a person — to who they are. That’s what I’ve found now.”

Not that it’s all holding hands and swapping love letters, because the star admits: “We have sex like all the time. Our sex life is crazy.” 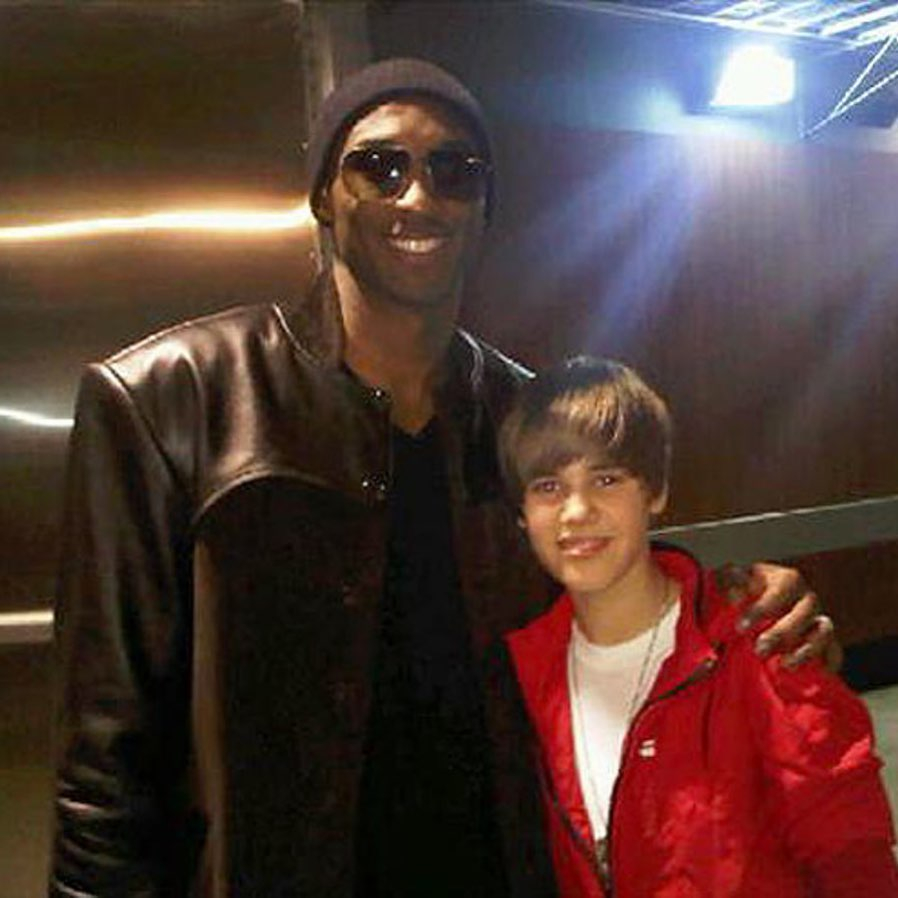 As he sings on one of his new tracks, his frantic love life has even proved a useful outlet for his anger and frustrations.

He jokes: “At times we all get frustrated and upset. My song Take It Out On Me on the new album is all about that.

“I’m letting my wife know that whatever is happening, however she feels, she can take it out on me — you know, in the sack, if you know what I mean.”

When he is not gushing about his sex life, time with Justin can feel like a visit to Sunday School — albeit a slightly surreal one.

In baggy jeans and hoodie, with an unnecessary woollen hat and that moustache, he makes an unlikely clergyman — but gushes about his faith and its impact on his lifestyle.

He says: “It has been a long journey — really, really long.

“Some days I have good days, some I have bad days, but I trust God throughout.

“There are things sometimes that we can’t control, but God created the moon, the sky, the birds, the mountains — and he knows what is best for us. He is good, his character never changes.

"In the past when I made mistakes, I would blame God for my own behaviour.

“But he didn’t design those things, that’s not what he wanted me to do — and it is important to learn from those things that happen. That’s what God wants for us.

“So now I just want to keep pushing, keep moving — we can dwell on our past mistakes or we can move on. Nothing lasts for ever but no pain lasts for ever either.” 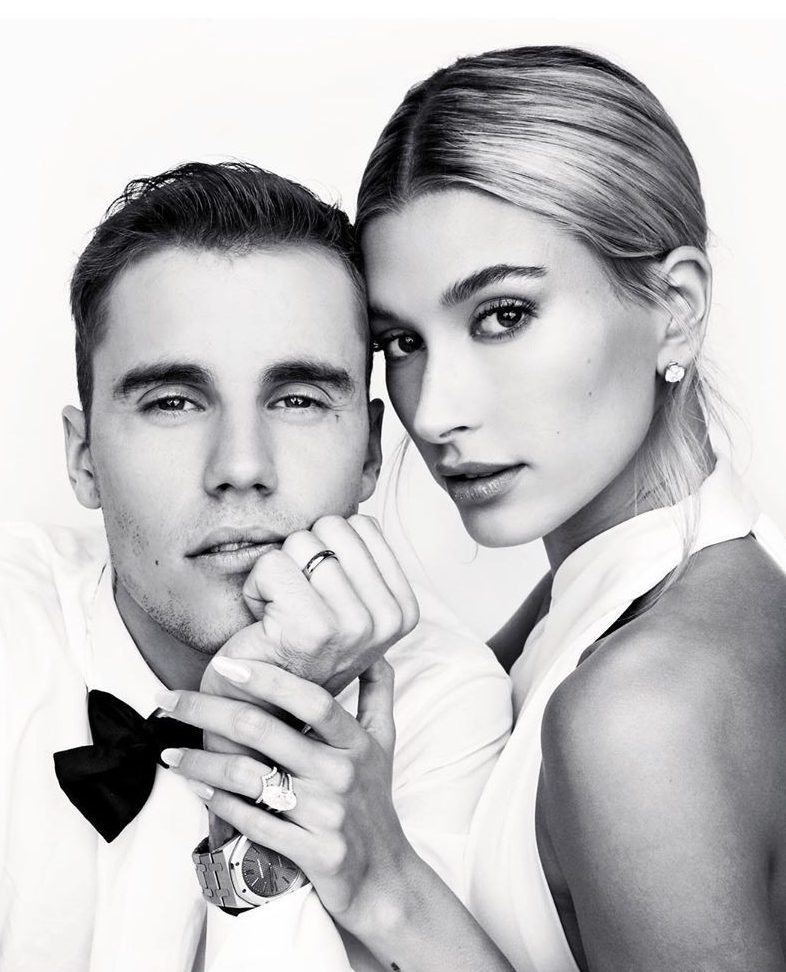 Next, it’s straight from the launch party to an intimate acoustic gig nearby, featuring a Q&A session for his most loyal fans and competition winners — and a small cameo for David Beckham and his daughter Harper, who is hauled on stage to dance with Justin.

Backstage, where drugs and booze once kicked things off, tonight’s showcase starts with a prayer as Justin huddles close to his team and band.

As one puts it: “This certainly isn’t how things used to be. Back in the day, you never knew which Justin was going to turn up at a gig — now he’s a total pro.”

In 2013 the star came under fire after abandoning his pet monkey, O.G. Mally, while touring Germany.

The last time I saw Justin in London, he picked up four girls to join him in his hotel room after the gig — until police were called to break up the wild party.

Today, he chats affectionately to his adoring fans but there’s a surprising innocence about the endeavour.

Teenage girls sob when offered the chance to ask him a question but he gently calms then and insists: “I want you to hear my heart and where I am at, what my life is about.” 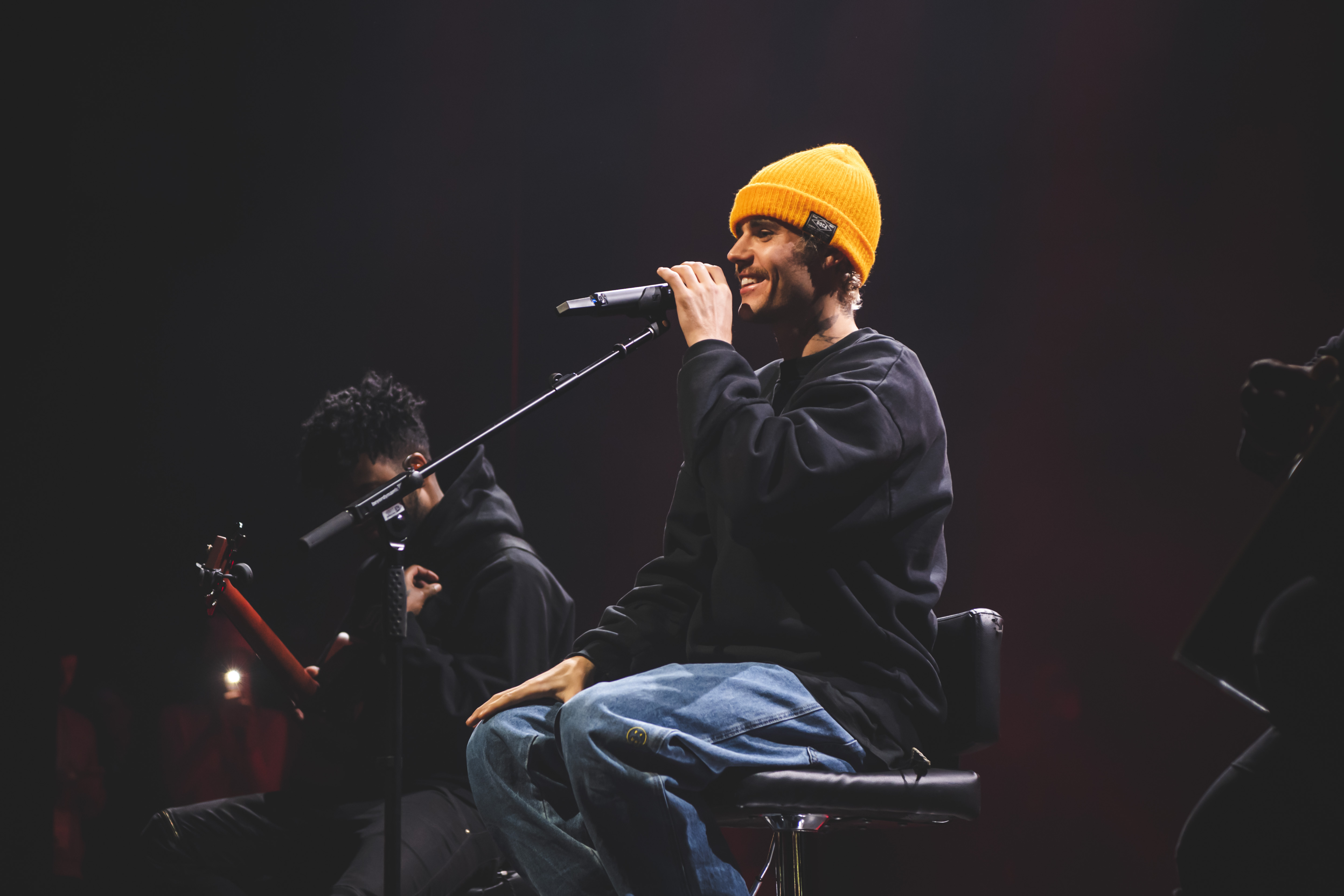 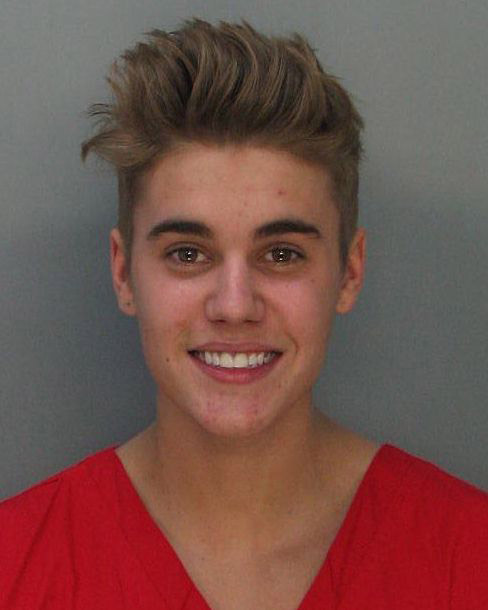 Instead of hunting out glamorous admirers, his affections are now saved for his close team members.

As he leaves the stage to head home to LA, he thanks a manager named Alison for helping to guide his career through his turmoil, and another record label executive for their long-standing loyalty.

One record boss tells me: “We’ve certainly had worries about him over the years.

“It hasn’t been easy for anyone involved, but he’s come through so much and he’s a totally changed man.

“A lot of people have worked hard to get him here but the biggest change has been in Justin himself. It’s a bit of a miracle.”

I’d thought that Justin was beyond salvation — but now I’m a Belieber.