Back to the Future, which is airing on ITV2 on September 25, is one of the most iconic eighties films and catapulted Michael J Fox’s into global stardom. However, Fox was not the original Marty McFly and only received the role after Eric Stoltz has spent weeks on set, but he was not the only cast member to be switched out.

For many fans, it may seem impossible to picture Back to the Future without its classic cast, but it very nearly happened with Fox due to a scheduling conflict.

The relatively unknown actor had just had a minor breakthrough in Hollywood as Alex Keaton in the sitcom Family Ties which started in 1982.

The sitcom was a hit and ran for seven seasons, unfortunately for Fox Back to the Future happened in the middle of his Family Ties years.

He had appeared in two films already, Midnight Madness and Class of 1984, but hadn’t decided on his stage name yet and thus was credited in both as Michael Fox.

The film’s director Robert Zemeckis struggled to get his Back to the Future idea greenlit and reportedly received over 30 rejections before Universal Studios took on the project. 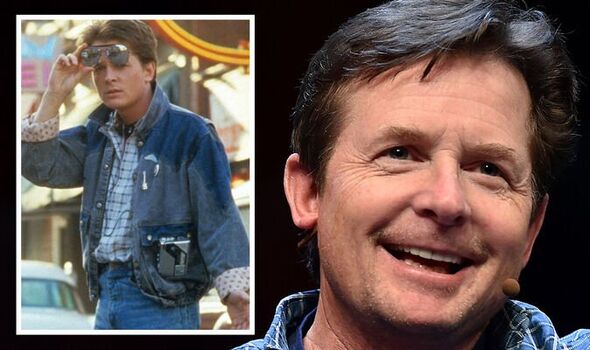 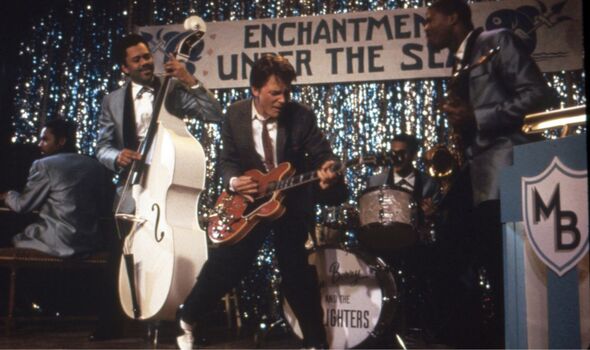 However, this saw the studio president at the time Sidney Sheinberg taking a vested interest in the film and influencing decisions in the development stages.

Screen Rant reported that it was Sheinberg who encouraged Zemeckis to cast Eric Stoltz as the leading McFly.

Stoltz had recently experienced immense success with the biographical drama Mask and earned him a Golden Globe nomination.

The producers and directors went along with the suggestion as the actor had a sizeable following already, but soon the artists began clashing on set.

Back to the Future is one of the most well-known action comedies, but apparently Stoltz read the script in a far more serious tone. 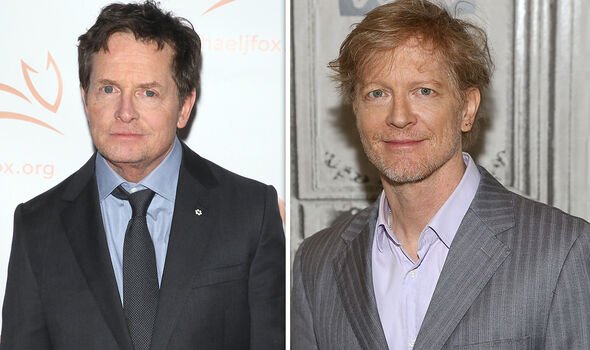 The actor was allegedly honing in on the devastating consequences of time travel and the impact of living a life that is not one’s own rather than the iconic punch lines.

Compounding these creative differences between Stoltz and the director was the fact that he was a method actor too.

Screen Rant reported that Stoltz would only answer to McFly’s name and wore the character’s clothes to and from set. While some admired his dedication to the role it was reported that the actor’s co-star Thomas F Wilson who played Biff Tannen was not a fan.

According to Indie Wire, Stoltz portrayed McFly for six weeks before ultimately being replaced by Fox who had to re-shoot all the scenes the cast and crew had already done with Stoltz.

The production team decided Stoltz simply was not a good fit for the character and returned to the drawing, where they remembered their first choice of Fox as McFly although he had scheduling conflicts with Family Ties when they originally reviewed him.

This seemed to be no longer an issue as Fox maintained his recurring role on the sitcom and helped to get the filming schedule back on track after weeks of delay.

Back to the Future would ultimately become a resounding success and spawned a trilogy of films, which would see Fox and Christopher Lloyd reprising their roles as McFly Dr. Emmett Brown but a few members of the original film could not say the same.

Jennifer Parker, McFly’s love interest in the films, would actually switch between three actresses during the filming of the trilogy.

For the original, Parker was almost played by Melora Hardin. The Office actress acted opposite Stoltz’ McFly and when he was replaced by Fox, Hardin was deemed too to star alongside him according to Screen Rant.

Claudia Wells, like Fox, was first slated to play Parker but had scheduling conflicts. By the time Fox had been cast as McFly however, she had finished production on her other show. 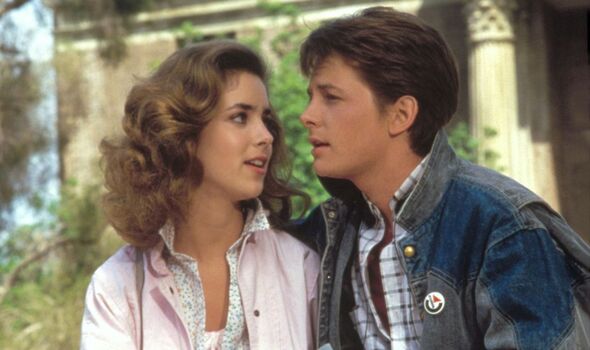 Wells played Parker for the first film, but when the offer of a second one arrived her mother was dying of breast cancer and she turned down the role.

Elisabeth Shue then stepped in as Parker for the next two films.

Crispin Glover, who played George McFly in the original, also chose not to return for the sequels and was recast as Jeffrey Weissman.

The fanbase took these production changes in stride and the character’s different physical appearances have been all but written into the lore of the films as part of the effect of time travel.