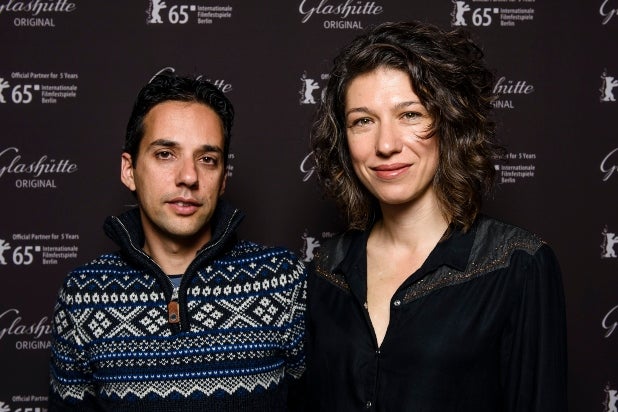 Hulu’s upcoming drama, “No Man’s Land,” tells the story of the all-female militia that fought in the Syrian civil war against ISIS. Called the YPJ, or Women’s Protection Units, co-creators Maria Feldman and Amit Cohen explained the stories behind these courageous women, and why ISIS soldiers were terrified of dying by their hand, during Hulu’s portion of the virtual summer press tour Friday.

“I think they became a potent force because, funnily, ISIS soldiers are scared of women,” Feldman said. “This idea came to me when I was watching a news report from the war in Syria about Kurdish fighters, and I saw an image of two very young women in camouflage clothes and colorful scarves. One was shooting a sniper rifle and another one was standing next to her and making this weird noise, shouting ‘la la la.”

“Then one of the women explained that they want ISIS to know that women are shooting at them because ISIS soldiers are not afraid of dying in the battle — on the contrary, they think they are going to heaven and [getting] 72 virgins — unless they are killed by a woman,” she continued. “Then there is no heaven, no virgins. They are simply dead.”

Feldman explained that the shouting sounds she described were like a battle cry to let the men know they were being hunted by women.

“When they hear the sound and when they see the colorful scarves and they know what women are shooting at them, they sometimes just freak out and run away,” she said. “That’s why the Kurdish fighters, and especially YPJ and all-female battalions, play such an important role in defeating ISIS. I thought that their story needs to be told.”

Cohen, who co-created and executive produced alongside Feldman, remarked on the alternate form of feminism they observed within the women-soldiers, which he said was “completely different” from Western feminism.

“Still, it was a way for a woman to express herself. It was amazing to explore it and dig into it to find the multiple reasons that bring young women and older women, married women, some of them widowed [together],” he said. “They look at it as a revolution. It’s part of a bigger ideology. And once you become part of it, you sacrifice almost everything — relationships, you’re not allowed to have sex — and still, this is a way to express equality.”

Read Hulu’s synopsis for “No Man’s Land” below.

“No Man’s Land dives into the depths of the Syrian civil war through the eyes of Antoine, a young French man in search of his estranged, presumed to be dead sister. While unraveling the mystery, piece by piece, Antoine ends up joining forces with a unit of Kurdish female fighters, fierce women and ISIS’ biggest nightmare, and travels with them in ISIS occupied territory. Antoine’s journey crosses paths with adventurers and anarchists, spies and innocent victims, and provides a unique look at the tragic events in Syria, and the way they affect the entire world.”

Ron Leshem and Eitan Mansuri also co-created the series alongside Feldman and Cohen. Leshem and Cohen wrote in collaboration with Xabi Molia, with Oded Ruskin serving as the director for all 8 episodes. “No Man’s Land” is produced by Feldman for Masha Productions, Mansuri and Jonathan Doweck for Spiro Films, Caroline Benjo, Simon Arnal and Carole Scotta for Haut at Court TV and Christian Vesper for Fremantle. It is co-produced by ARTE France and Versus Production. Fremantle distributes the series internationally.