I starved myself to get the most famous six pack – but it made me so sick my family were terrified, says Peter Andre

AT the height of his Nineties fame, Peter Andre was known for two things – his pop career and a flawless six-pack.

Now Peter has revealed he went to desperate lengths behind the scenes to maintain his physique, “starving” himself to the point of becoming ill. 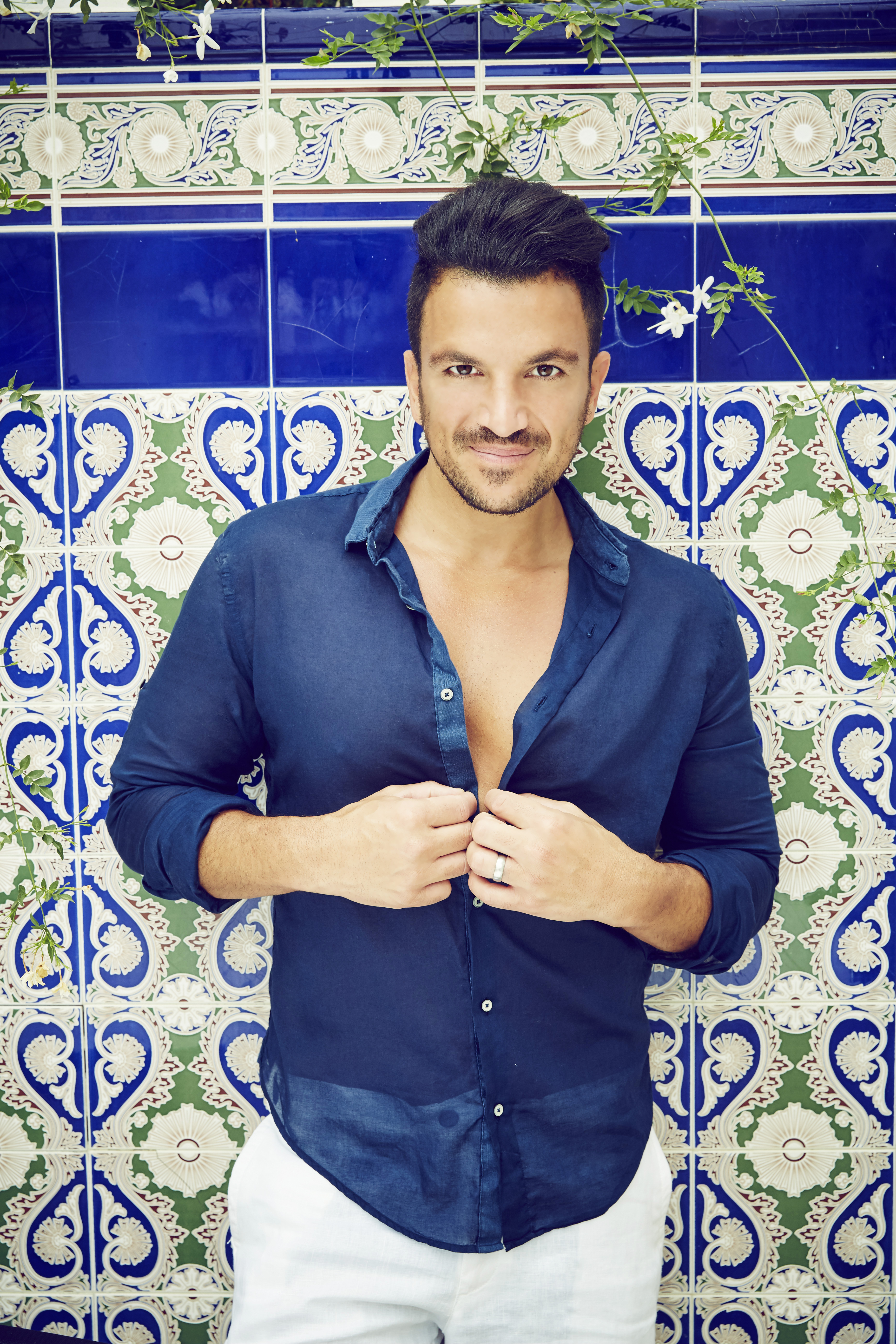 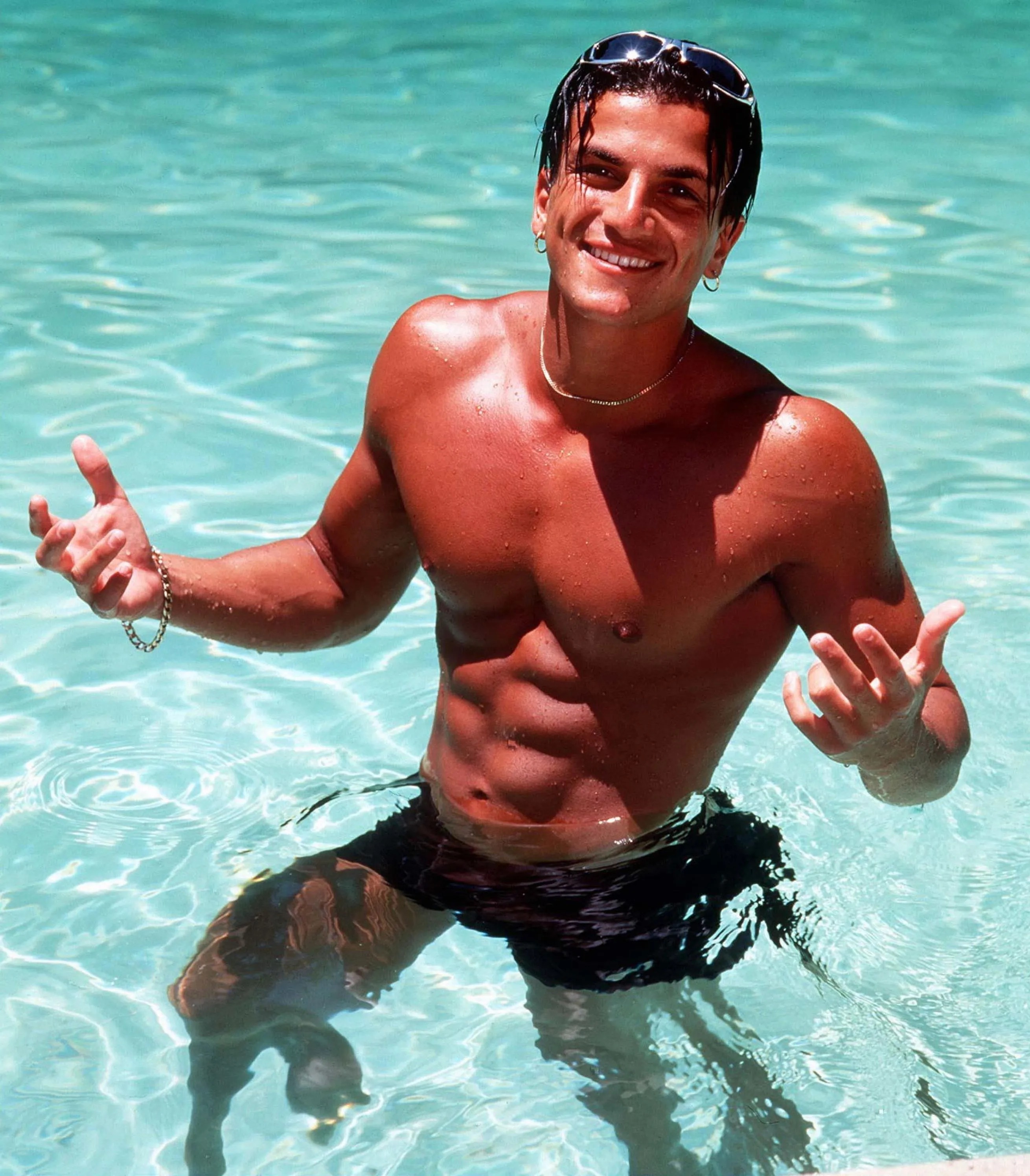 The Mysterious Girl singer, 48, told The Sun he was so terrified of looking fat that he would not eat in the run-up to any red carpet event.

Peter said: “I used to do this thing where I would starve myself before an appearance. I wanted to make sure I fitted into my suit and that I looked a certain way. Afterwards I would pig out for days.

“It was such an unhealthy relationship with food.”

Peter’s ripped physique made him a pop pin-up — and in the video for his 1996 hit Mysterious Girl, which made him a global celebrity, he stripped off and danced in a waterfall.

Christmas dinners ruined by 'rancid' gone off turkeys from supermarkets

Piled on the pounds

But he soon felt trapped by the pressure to maintain his toned look — while his family were horrified by the lengths he went to. Peter said: “Back in the day, I was really trim but I was always getting sick because I had no body fat at all.

“I was watching everything I ate. I had no fat in my food, no oil, no butter, egg whites, you know — doing the thing that I thought was the right thing to do.

“I would be totally ripped and I would ­exercise all the time — but I was ­constantly sick. I was always feeling drained and tired. It got to a point where my brothers told me that every time they saw me, I was ill.

“It was exhausting and by the time I had hit my thirties I did not want to do that any more.” But when Peter did finally stop starving him- self, he just headed in the opposite direction and put on weight at speed for the first time in his life.

But that made him even more ­miserable so he tried the Atkins diet, which involves eating fats but no carbs — to shed the weight again. It worked. But when he stopped dieting, he inevitably piled on the pounds once more.

Peter said it had taken until his forties for him to realise fad diets do not work — and the only way to stay in shape is through balanced eating, where no food is off limits, in moderation.

He said: “I eat the same all year round and I’m confident enough to do things last-minute if I’m asked. I don’t start panicking and thinking, ‘I need to starve myself for two weeks to go to this’. No one wants to do that. I want to be in a frame of mind where I feel good.”

Now Peter is keen to share the lessons he has learned and has joined with nutritionist Ben Smith to create a new health app called #itsfine. It provides users with a tailored calorie count which allows them to make sure they eat a balanced diet in which no single food is considered “bad” or off limits.

I would be totally ripped and I would ­exercise all the time — but I was ­constantly sick.

Peter reckons this approach is what gives his wife Emily, 32, a doctor, her svelte figure. The dad of four said: “Everyone always thinks Emily must watch what she eats but she doesn’t.

“She does what I do, which is eat what she wants and makes sure she has healthy and unhealthy food.”

Their relaxed approach has rubbed off on their children Amelia, seven, and five-year-old Theodore; and with Junior, 16, and Princess, 14, Peter’s children with ex-wife Katie Price.

He said: “With the younger ones, when they ask if they can have something, I’ll say yes — as long as they have something healthy too. They get all their vitamins and nutrition first and then they can eat whatever they like afterwards. They’re happy.”

The singer is proud that his kids willingly eat their vegetables and do not resort to begging for sweets and other junk food. In the Andre household nothing is restricted to weekends and both parents are unwilling to use the word “no” when it comes to food.

Peter is hoping to add to his brood, after saying if a baby didn’t happen in 2021, that would be it. He said in his New magazine column: “As we spent a lot of time in lockdown, I think we need to put everything back 12 months.

At the moment, prime family time comes in the form of a cup of tea and biscuits in front of the telly any night of the week. Peter said: “We never say no to particular foods because it’s much better to give children a good relationship with food and ensure they have a balanced diet.

“It’s good for your mental health to have a nice relationship with food and in the long term it stops them feeling like food is a way to sabotage themselves.”

Taking away the guilt he once felt regarding food has allowed Peter to feel proud of himself for putting on a few pounds in lockdown.

He previously said: “My beach body’s going to be on hold now until 2035, so if people don’t mind that, I’m happy with that. I’m still exercising — and it’s in my nature to do it — but obviously not as much.”

In fact, Peter only realised he had gained weight when he was appearing on Good Morning Britain and found his suit did not fit, leading him to do the chat in his underpants.

But he still doesn’t view fat — on himself or in food — as something to fear. Peter said: “Everyone thinks fat is the enemy but you actually need it. When we have milk in our house, we have full-fat milk because all the vitamins and minerals are in that two per cent fat.”

Peter’s new health app does not encourage people to diet or cut out certain foods. Instead, it helps users count of their weekly calories to ensure they are fuelling their bodies with the right amount. While he admits plans such as WeightWatchers and Slimming World are effective and successful for a reason, he thinks they have little sustainability because many people put the weight back on when they stop these diets.

And his new business partner Ben agrees. Ben was 20st 7lb a decade ago and lost the weight through a plain bodybuilding-style diet of rice and chicken. But 18 months later, having stopped when he reached his target weight, Ben put all the pounds back on — and more.

It was his next move that led to the collaboration with Peter and eventually the app. Ben said: “I knew everything about calories and what I was doing. I just thought, ‘Why can’t I eat the food I actually like?’ So instead of sticking to a daily routine, I counted my calories over the course of a week. It worked — and now I am happy, healthy and have a much better relationship with food.”

If you look at all the problems in the world, one thing you really don’t want to have a problem with is food.

Peter is clearly in awe of his pal’s transformation and thinks many other people want to maintain a healthy weight while still treat themselves each day. He said: “Life for a lot of people is really tough.

“If you look at all the problems in the world, one thing you really don’t want to have a problem with is food.”

And having maintained his weight in his forties without restricting his diet, Peter is adamant he will not return to diet culture. He said: “The first three letters of ‘diet’ are ‘die’.” 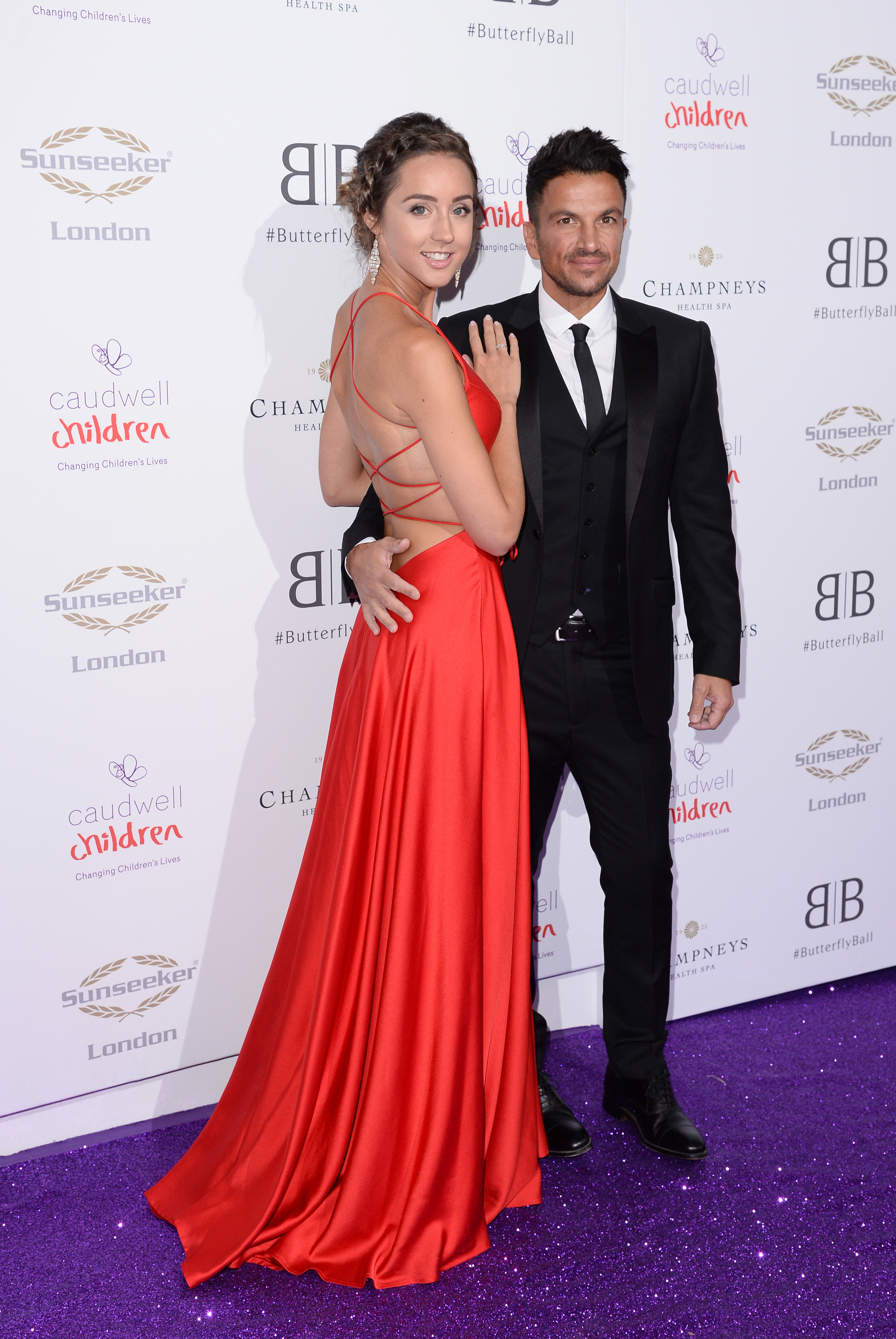 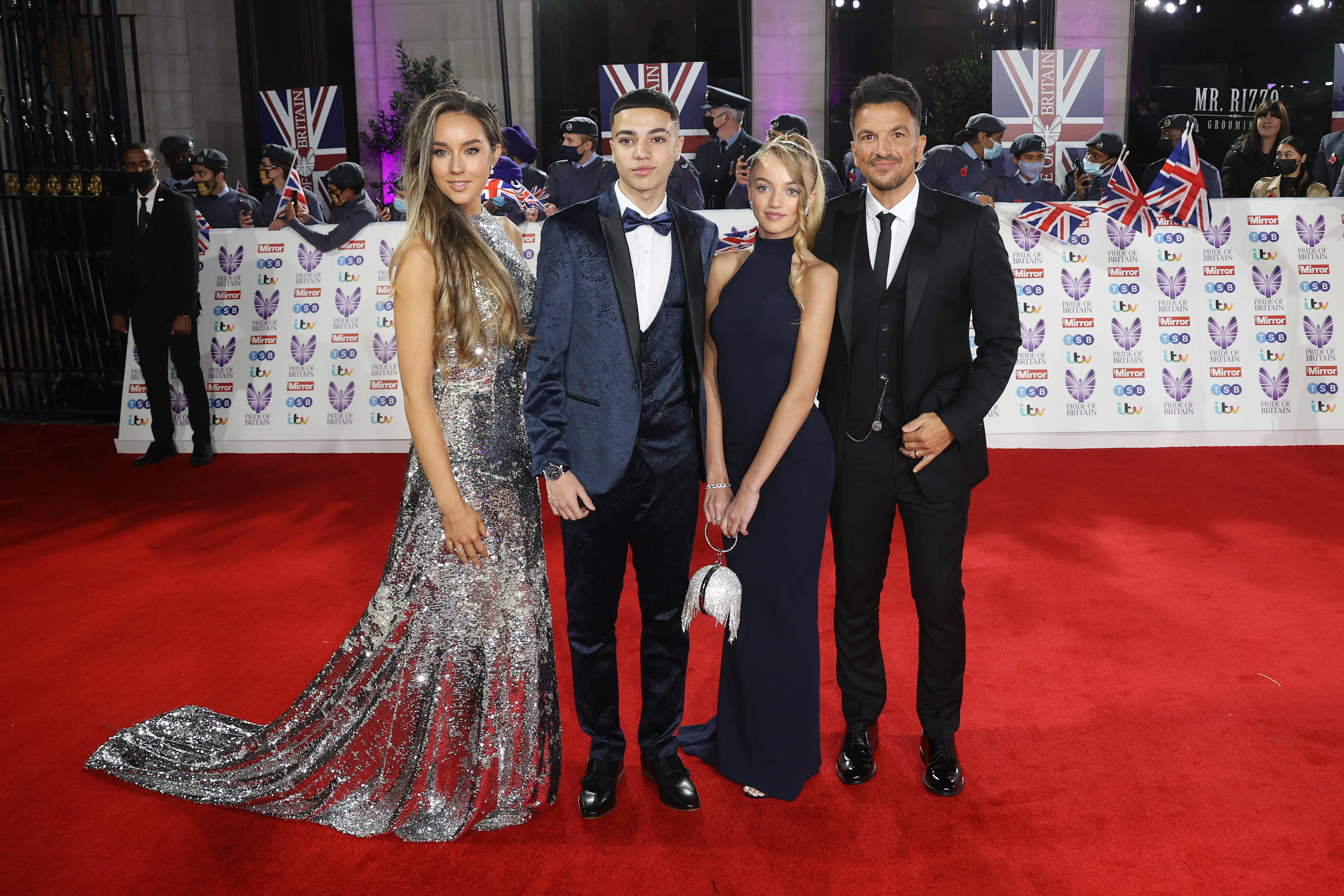 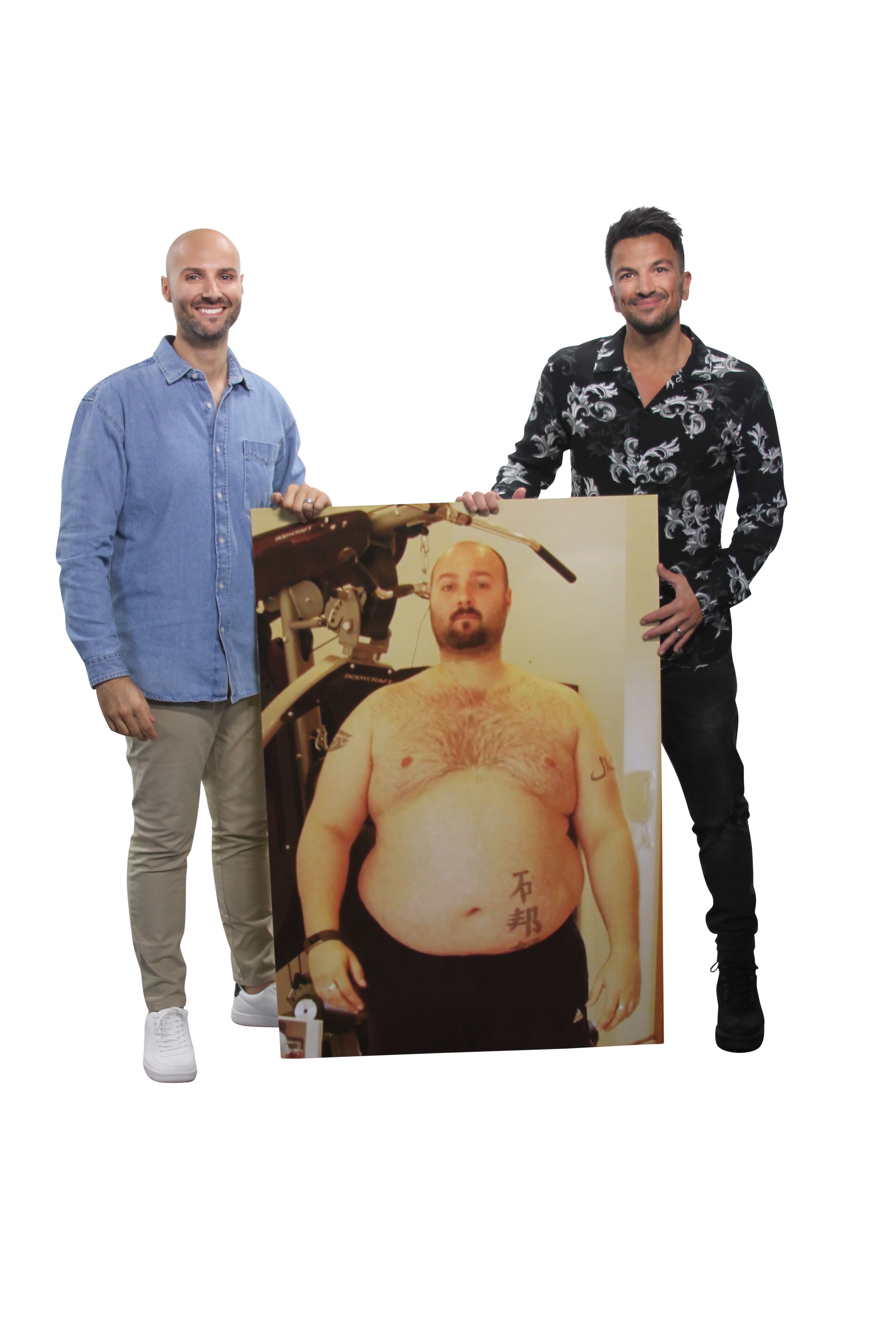