I wrote my dissertation on Love Island – it's not just 'trash' 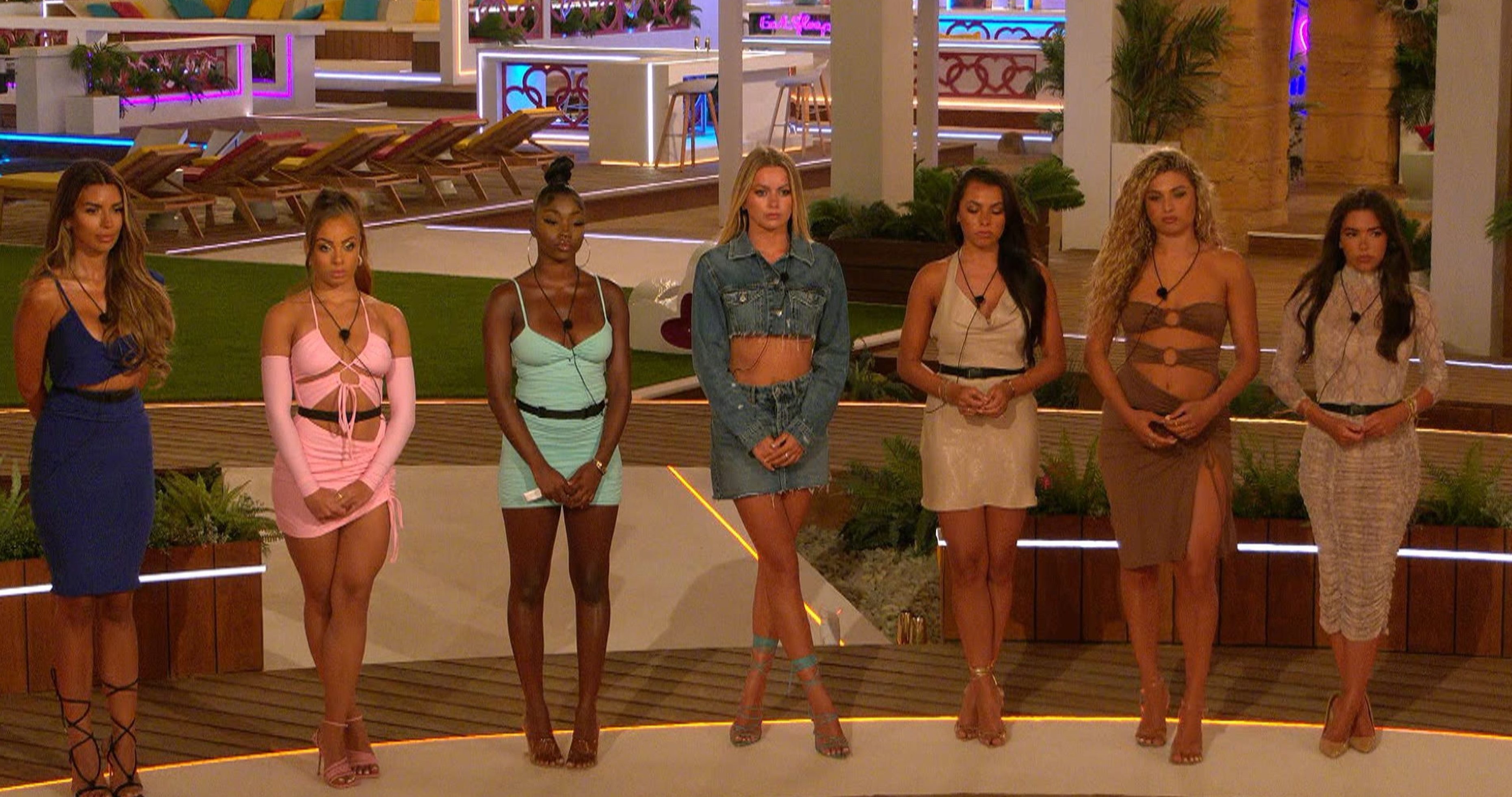 By the end of March, my desktop screen was plastered with Love Island-centred article downloads and screenshots of shouting matches by the flickering flames of the well-known Mallorcan villa firepit, running mascara and broken-hearted contestants holding their heads in their hands.

The reason? My university dissertation.

I’m an English Literature student and, as a seasoned reality TV fan, comparing television and literature for my dissertation felt obvious.

Throughout my years in education, I’ve studied many 16th century comedies and found that they explored narratives of courtship and sex in ways comparable to Love Island sex politics.

Shared themes started to emerge: the womanising energy of the Casa Amor segment with plays set in Naples during the hedonistic Carnival; smitten men like Andrew from this season or Blunt from The Rover; and sharp-witted women like Maura Higgins of season 5 or Rosaline in Love’s Labour’s Lost.

At first, it seemed like an outlandish theme for such an important part of my degree. After all, what has been deemed ‘worth studying’ has historically been decided by centuries of male, white gatekeepers.

Shakespeare’s dominance in secondary school curricula can be seen as this bias at work – a 16th century deceased playwright is valued more highly than a modern teen romance, for instance.

Both are literature, but one is seen as more culturally valuable than the other. It can be frustrating that works produced by men a long time ago are often awarded unquestionable value, while modern popular entertainment is reduced to being unserious.

And audiences often associate reality TV with trashiness first and foremost. After all, Love Island sees drinks being thrown in faces and people swearing at one another.

The show is massively influential on pop culture and the economy. It engineers a revolving door of influencers who often leave the show and step into lucrative fast fashion brand deals. Missguided’s Love Island partnership once led to a 40% increase in sales as a result of product placement on the show.

And it is constantly evolving with society. This year, it has ditched fast-fashion in favour of a pre-loved clothing partnership with eBay and now has better mental health measures in response.

You only have to watch one episode of Love Island to realise that it is its own self-contained universe, overseen by Iain Stirling’s disembodied narrative voiceovers and its own vocabulary with terms like ‘mugged off’ and ‘my type on paper’.

The show’s millions of viewers then mirror the language of the show and discuss it on Twitter in conversations that often influence producers’ decisions. For instance, this year, producers seemingly responded to complaints about contestants being picked last in initial couplings by getting the public to vote the OG Islanders into couples.

Plus, more and more people are arguing that consuming reality TV such as Love Island can have significant impact.

For instance, recent BBC Radio 4 podcast series Unreal: A Critical History of Reality TV unpacks the genre. On the podcast, they discussed the ways that the fame generated by the show can damage the mental health of participants and presenters, such as late presenter Caroline Flack.

As I shared my dissertation idea with friends, many of whom also watched the show and could see the angle I was approaching my topic from, I became more excited.

But still, I worried that, in an academic environment where I needed to present my ideas to my research supervisor, my topic would not be taken seriously. To be completely honest, my supervisor smiled excitedly then laughed.

As a Shakespeare specialist, she was probably intrigued to hear how I was going to link ‘Wherefore art thou Romeo?’ to ‘You’re my type on paper’.

I became particularly intrigued by reality TV’s reliance on interpersonal conflict. 16th century comedies were also full of this sort of confusion – cheating spouses, disguises and secrets being exposed.

In a sense, both media forms rely on this idea of mismatched expectations. Conflict between people in the realm of emotions and relationship expectations is what makes the Love Island world go round.

This often manifests as meme-worthy confrontations like Anna Vakili challenging onscreen boyfriend Jordan Hames, calling him a ‘game player’ with gun fingers to his face.

Within this, I was eager to explain how the portrayal of conflict reinforces social norms around gender.

When I’ve watched Love Island in previous years, I’ve always considered how storylines pointed towards power dynamics and issues apparent in real life beyond the screen.

For instance, in the 2020 winter series, I observed how the intense reaction to Priscilla Anyabu’s platinum blonde wig on and offscreen reflected the harsh scrutiny that society levels at Black women’s hairstyles.

Onscreen, participants in the show were fixated on her hair colour choice (not completely positively) and on apps like Twitter, she faced horrible jokes mocking her with racially charged undertones.

The ways Love Island highlights social norms around gender, race and more made me eager to compare it to the ways early modern plays also served as symbols of social attitudes in the times when they were made.

Luckily for me, my interest in comparing Love Island’s last season, the era of Chloe Burrows and Toby Aromolaran, to Shakespeare’s Love’s Labour’s Lost and Aphra Behn’s The Rover was nurtured by my supervisor.

I developed an argument that drew on media psychology and American philosopher Judith Butler’s theory of gender performativity to analyse audience attitudes and explore how producers, contestants and viewers all write the show’s script together.

It was weird and wonderful to watch so much Love Island content for my degree. I watched every episode multiple times.

The repetitive format of the show as a bottomless pit of poolside chats made for mind numbing viewing at times, but I still enjoyed telling people that my research was consuming trash TV. People seemed shocked and impressed when I told them my topic – but no matter which side of the fence, they were always curious about it.

As my dissertation examined heartbreak and betrayal, unpacking emotional outbursts was key.

So, I highlighted the implications of Faye Winter launching profanities and insults at Teddy Soares at the top of her lungs, a moment that received about 25,000 Ofcom complaints, as viewers watched on in horror as she reacted to feeling romantically betrayed.

This moment where the villa grew silent, social media platforms exploded with some viewers decrying the outburst as abusive and narcissistic, with others defending it as a moment of insecurity or frustration. But Early Modern comedies seem even more extreme in the way conflict manifests.

In a scene of explosive conflict in Aphra Behn’s the Rover, Angellica Bianca reacts to the humiliation of Willmore pretending to be in love with her in a plot to take her money and have sexual access to her. She plans to seek her ‘revenge’ and says ‘Thou, false as hell’ before threatening him with a loaded gun.

Generally, Love Island reflects not only a pop culture obsession with romance, but also common assumptions attached to gender, race, profession and more. Much like many 16th-century comedies, it is a sensational study in the convoluted dynamics of monogamous courtship.

It also doubles as a cautionary tale on the pitfalls of stereotypical heterosexuality. By bingeing this ‘trash TV’ and critically engaging with episode debriefs on Twitter, I believe that we may uncover harsh but important truths about the state of gender politics as it stands today.

I think that future generations may be able to look beyond Love Island as trash and find bizarre but captivating cultural treasure – an insight into our current world as we know it.

Kiss goodbye to your social life – Love Island is back to dominate your evenings, with the new series promising more drama than ever before.

For all the latest updates, visit Metro.co.uk‘s Love Island page.