I’M A Celeb stars were almost left high and dry when the shower broke just before the start of last year’s show . . . and were only saved by the handiwork of a local emergency plumber.

The book has revealed that in previous years, cameramen have fought over who got to film stunning stars such as Myleene Klass, Amy Willerton and Helen Flanagan washing down in their bikinis in the Aussie Outback. 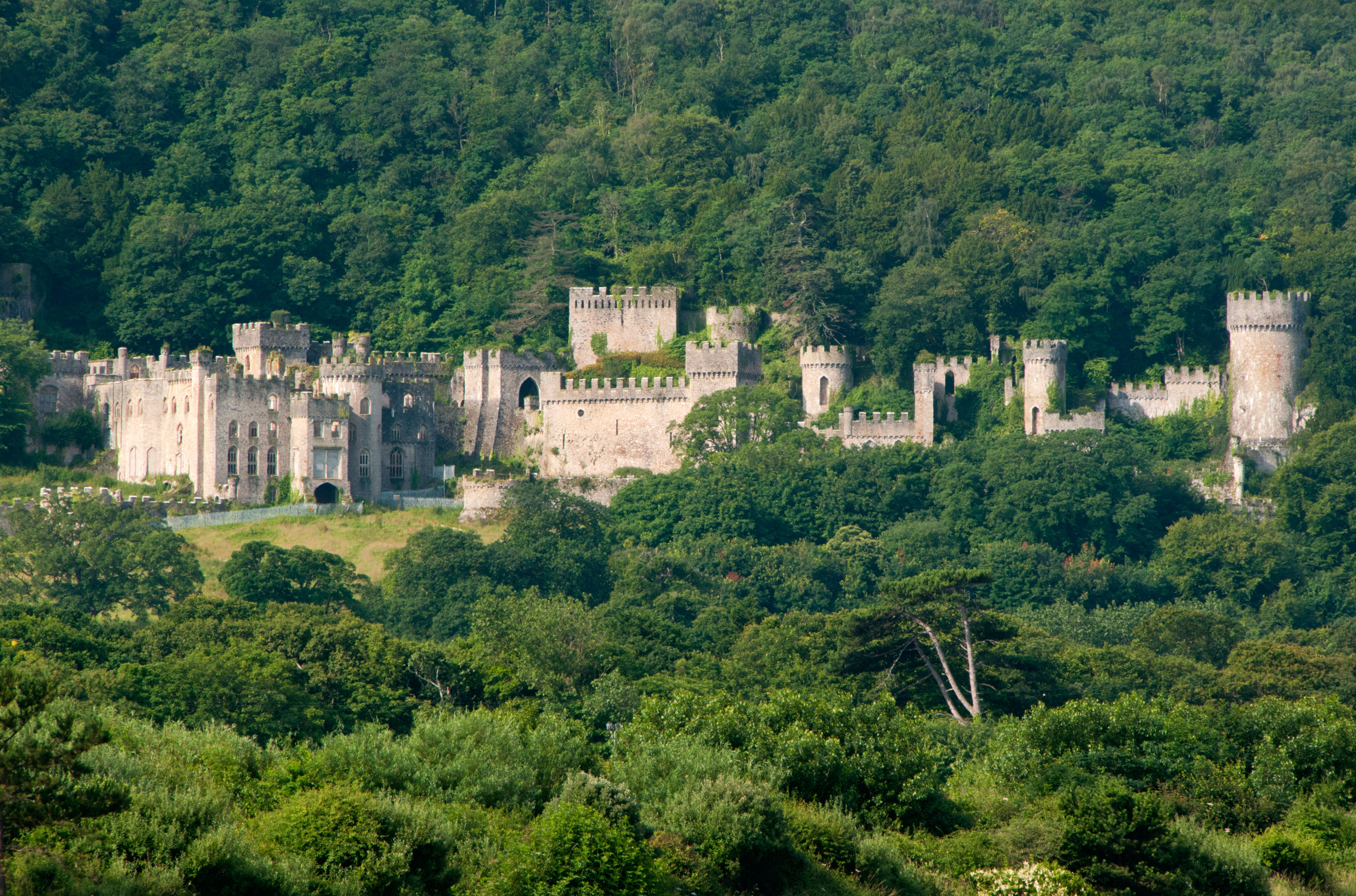 But as Gwrych Castle in North Wales had no running water, a special boiler was installed, operated by a hand pump and fuelled by wood which the celebs had to chop.

During the dry run the shower pump handle snapped. Then the back-up handle also broke and they were left without any water.

Luckily a plumber was hired to keep the system working, which he managed to do spectacularly, even though he’d never seen a system like it.

As the bathroom was in a part of the castle with no floor or roof, an entire new first-floor landing was created for the washroom — which consisted of an old tin bath and shower.

It was a two-person job to pump the shower so producers decided to give the celebs having a wash a curtain to preserve their modesty.

It was the first series where nobody got to show off their six-packs or curves in the shower!

The castle privy, or loo, was as basic as the one in the Aussie jungle — just a shed with a wooden plank seat with a hole in it over an open barrel.

One of the daily tasks was to empty it — no mean feat when a full barrel weighed up to 30kg.

One of the effects of a rice and beans diet on the campmates was widespread constipation, so when the call of the privy came, it was a great relief.

The only mod cons were a cold-water tap and a basin so the campmates could wash their hands.

All water had to be brought to the site in bowsers and pumped to the well in the courtyard.

The castle had fallen into disrepair since the late 1980s and the I’m A Celebrity team had just three months to transform it into a functioning camp and TV studio.

And because of Covid restrictions they had to stay socially distanced at all times.

The crew all wore buzzers that went off if they got too close to another person.

They slept in static caravans in a nearby caravan park.

There was regular Covid testing, of course, and a team of medics were on standby 24/7.

But the programme’s regular jungle medic, 70-year-old Aussie Bob McCarron, on the show since the first series in 2002, couldn’t make it due to travel restrictions.

Because of the scale of setting up the castle, two thirds more staff were needed in Wales than in Australia.

For a project of this size, work would normally have taken a year, but due to the pandemic, the crew didn’t have that luxury.

The castle was an empty shell — which meant it was the ideal location to test a group of celebrities.

A massive circus tent was put over the production village so everyone could stay dry but on one day the wind was so strong that the guy ropes came loose and everyone had to abandon their offices.

Fortunately everything stayed intact and everyone could return to work.
As some of the castle floors had deteriorated to mud, new ones were put in and walls were constructed out of wood and painted to match the existing stone.

To make it look even more abandoned, a “greens team” hung ivy over the walls and planted fresh weeds and moss on the floors and parapets, copying the types already growing elsewhere in the castle.

The plants actually grew during filming. Nature was swallowing up the place.

Additional sets had to be constructed within the castle grounds, to provide enough safe space for the usual features of the show, from the trials to the challenges.

Spaces also had to be created for various groups behind the scenes, such as the trials team, challenges team, the reality team and edit team, each of which had to have its own cabin.

The crew also had to build production offices, an art workshop, 24-hour dining hall, medical centre, a live gallery for transmission, huge cabins for the engineering team and an audio and edit suite.

The crew even extended the castle’s original staircase, as much of the marble had been looted.

They created wooden steps which were painted to match the original. 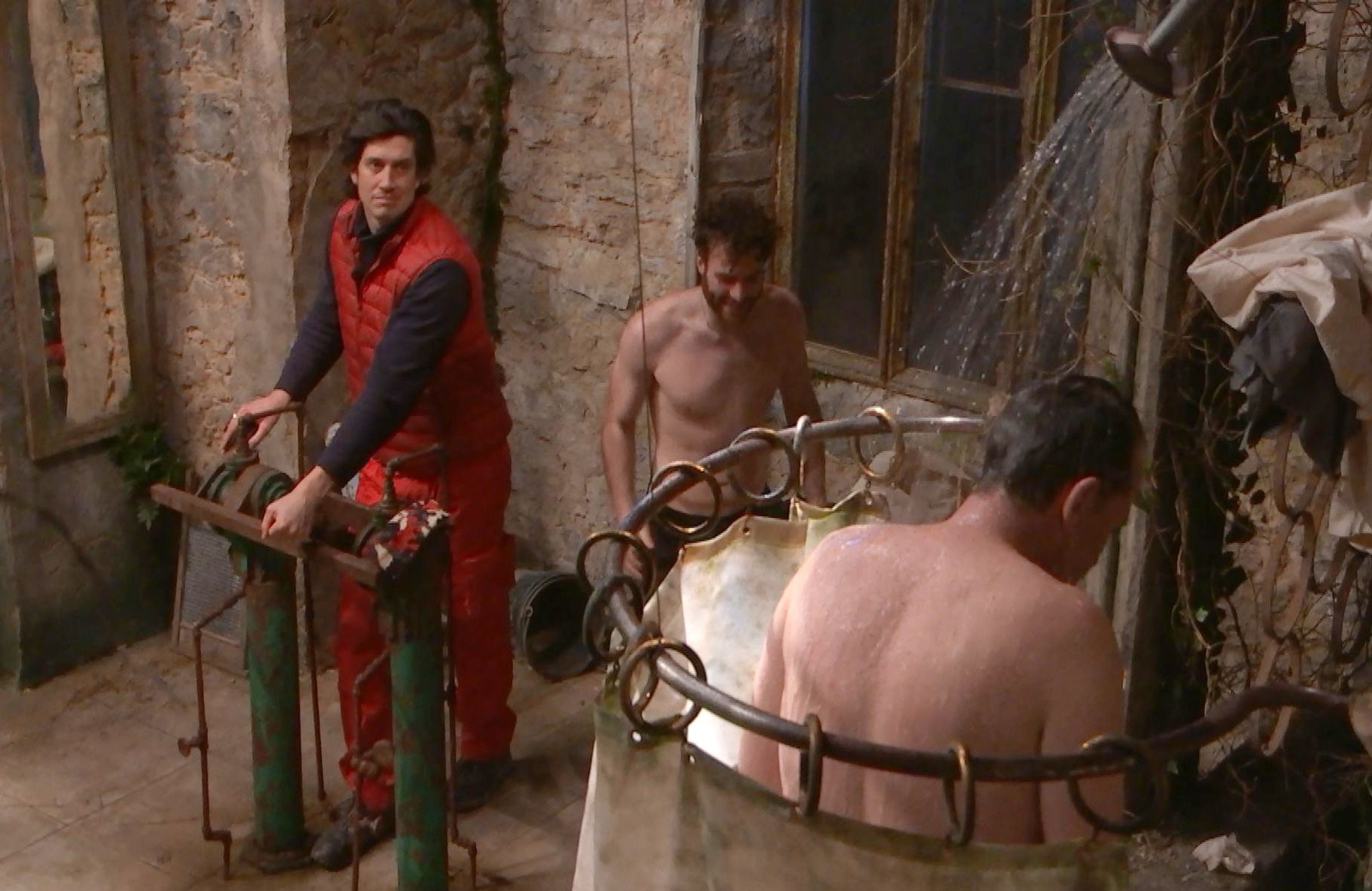 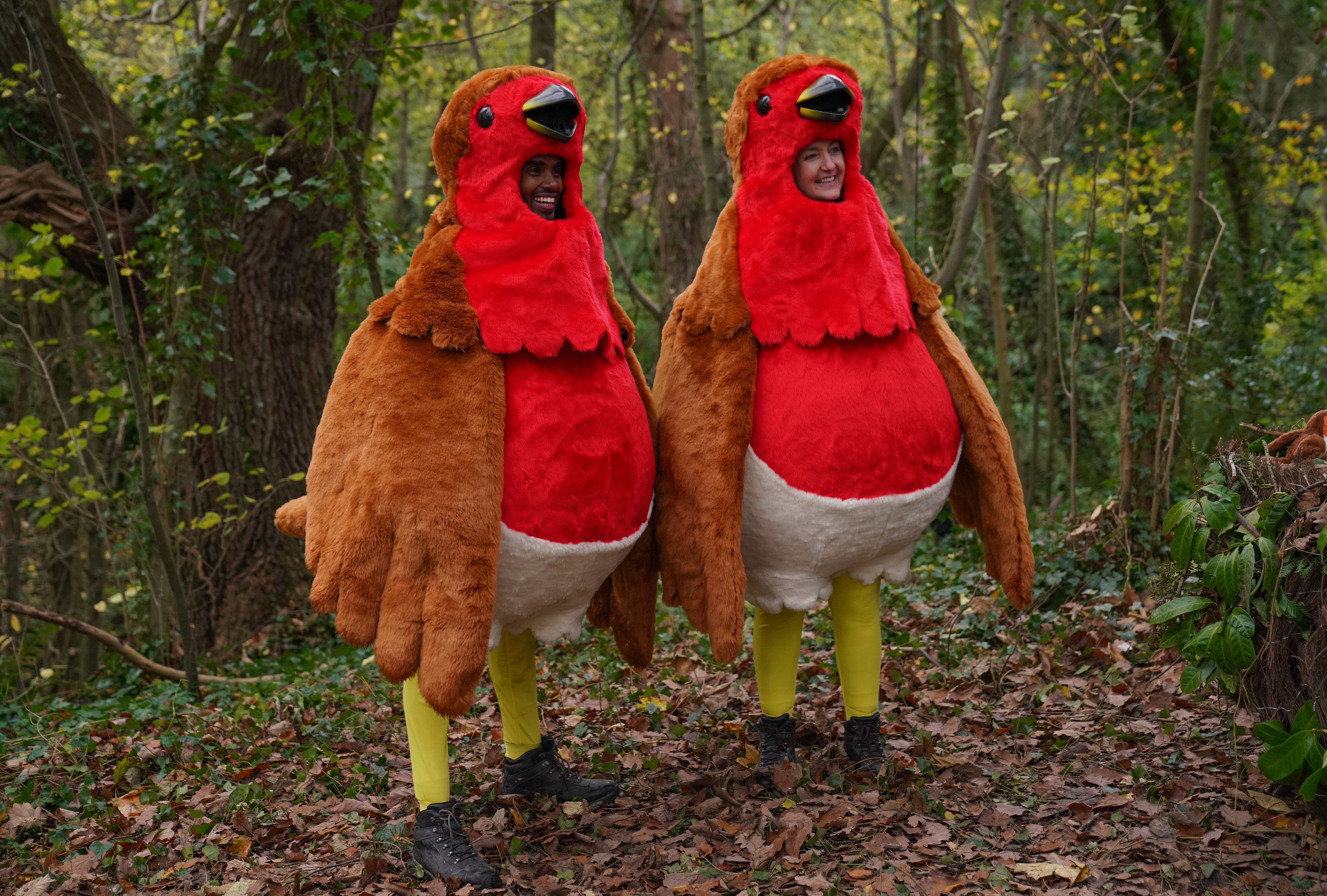 Having the show running on UK time had a huge impact on how it was made.

In Australia, the trials are filmed first thing in the morning, then edited with all the content through the night, ready for the live show that goes out at 7am Australian time, or 9pm in the UK. But with the new edition in Wales, the timetable had to be altered.

Campmates started their day at 11am and had to wait until midnight, after the live show had finished, before they could take part in a trial.

After the series was completed, the set was dismantled and most of it loaded into 19 articulated lorries to be taken away and put into storage.

Landscapers then went in to restore the grounds to how they were before the cameras moved in.

Not everything was taken away after the last show ended.

There were a couple of fake walls left, plus the privy and a few small items, such as the I’m A Celebrity throne and some items used in trials.

But the castle will return to its familiar look when the stars roll up ready for action and millions of viewers settle down for the latest thrills and spills next Sunday. 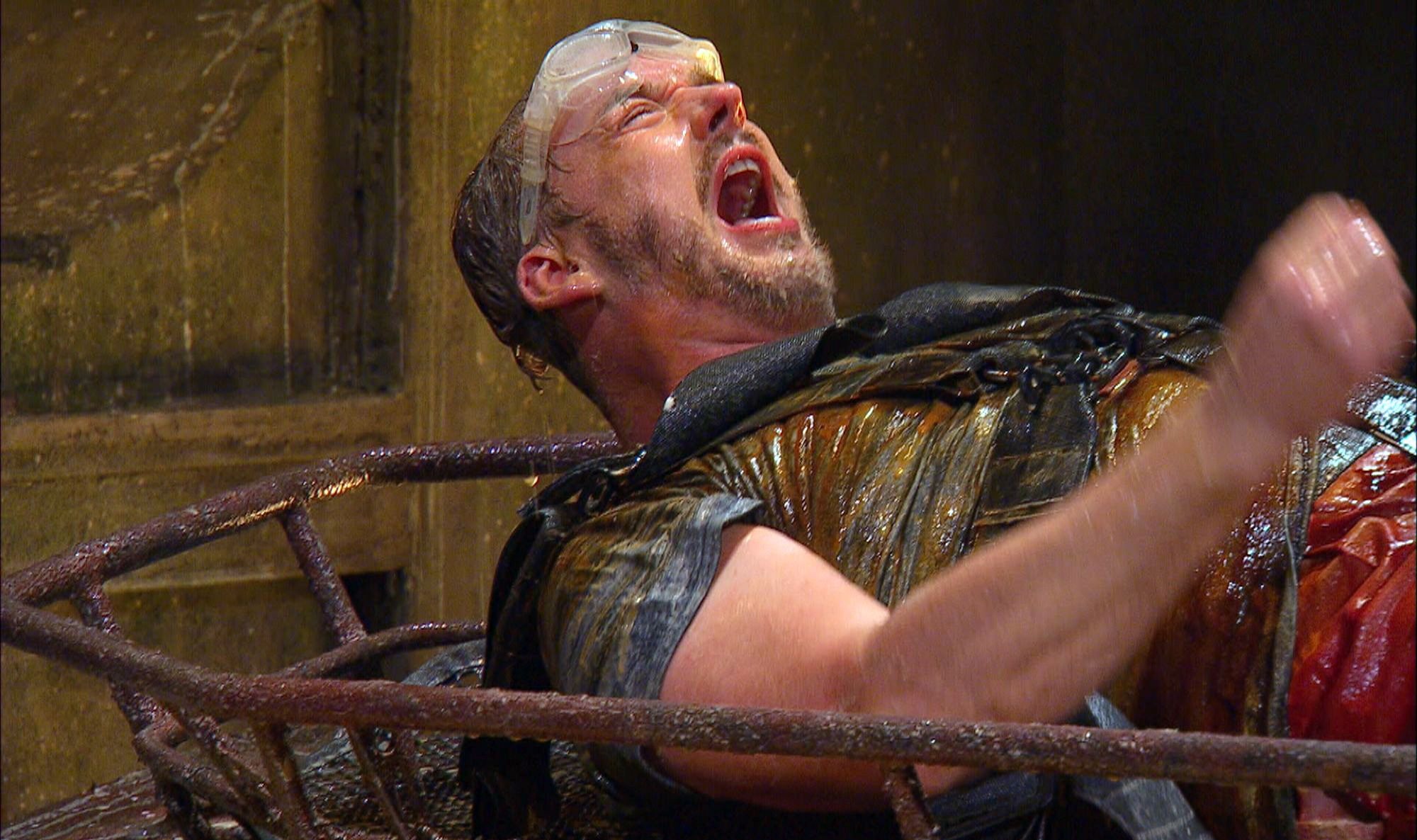 GWRYCH Castle is said to be haunted, with reported sightings of a distressed dairy maid, along with household staff, a gamekeeper and the countess’s former husband.

Opera singer Russell Watson, a campmate last year, claimed to have seen a ghost but it was part of a show prank.

No one reported anything spooky during filming of the first show in the setting.

The main road to the castle is said to be haunted by a headless monster – but this was later claimed to be a white sheep with a black head!

The castle is, however, inhabited by bats and the crew had to ensure these protected creatures were not disturbed during production.

WHEN Covid hit and Australia was off the cards due to travel restrictions, the I’m A Celeb team needed a new location closer to home.

They decided an abandoned castle that looked as though it was being swallowed up by nature would be perfect.

The location team identified more than 70 possible sites in the UK and Ireland before whittling them down to 30.

And once they saw Gwrych Castle, they knew it could be the new star of the show. 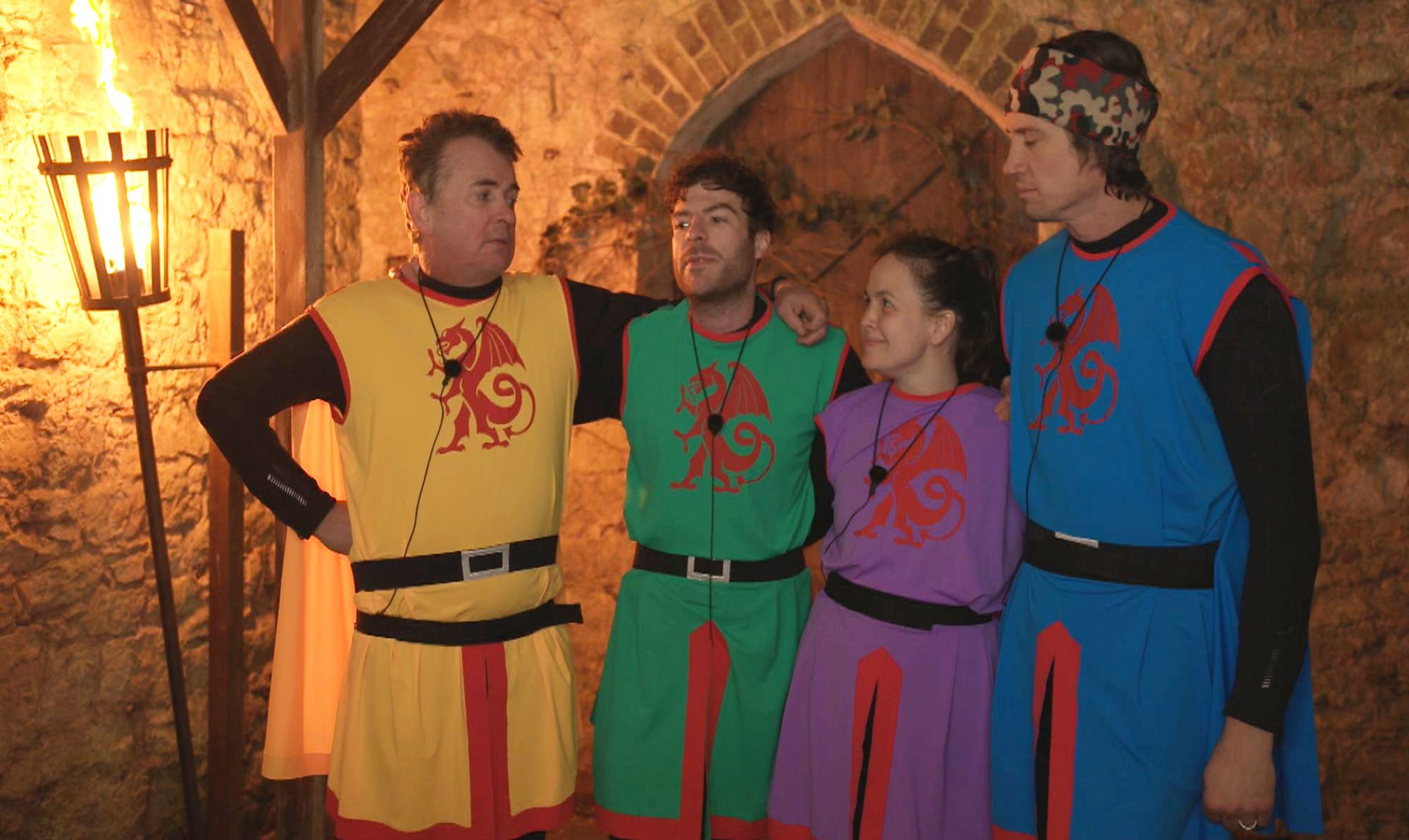 THE living quarters is where the campmates including Shane Richie and Jordan North, spent most of their day – and the only place Ant and Dec visited whenever they revealed who was going home or had been picked for a trial.

When creating the camp, the crew had to make sure the celebs weren’t breathing in smoke from the open fire that burned all day. They built a giant chimney with an extractor above the flames.

One crew member’s job was to relight the paraffin torches along the staircase on the way to the trials.

They only burned for 15 minutes and if any went out the celebs would not be able to see where they were going.

ALTHOUGH it looks ancient, the latest location was actually built in the 19th century as a country house in the style of a medieval castle.

Local historians believe the first Gwrych Castle was built by the Normans in the 12th century but was destroyed by Oliver Cromwell’s army following the English Civil War in the 17th century.

The new Gwrych Castle was built between 1812 and 1822 by Lloyd Hesketh Bamford-Hesketh.

It stands in 250 acres of gardens and has views over a deer park and the Irish Sea.

The castle has 19 towers, giving it the air of a fairytale fortress.

When the last heir to the home’s original owner died in 1924, it was bequeathed to the Royal Family, but King George V declined the offer.

It later became a visitor attraction and in 1989 was sold to a US businessman, though it had fallen into disrepair.

By the mid-1990s it was reduced to a roofless shell inhabited by travellers. A campaign was launched to restore it and in 2018 it was passed into the hands of a preservation trust.

A gift of the garb 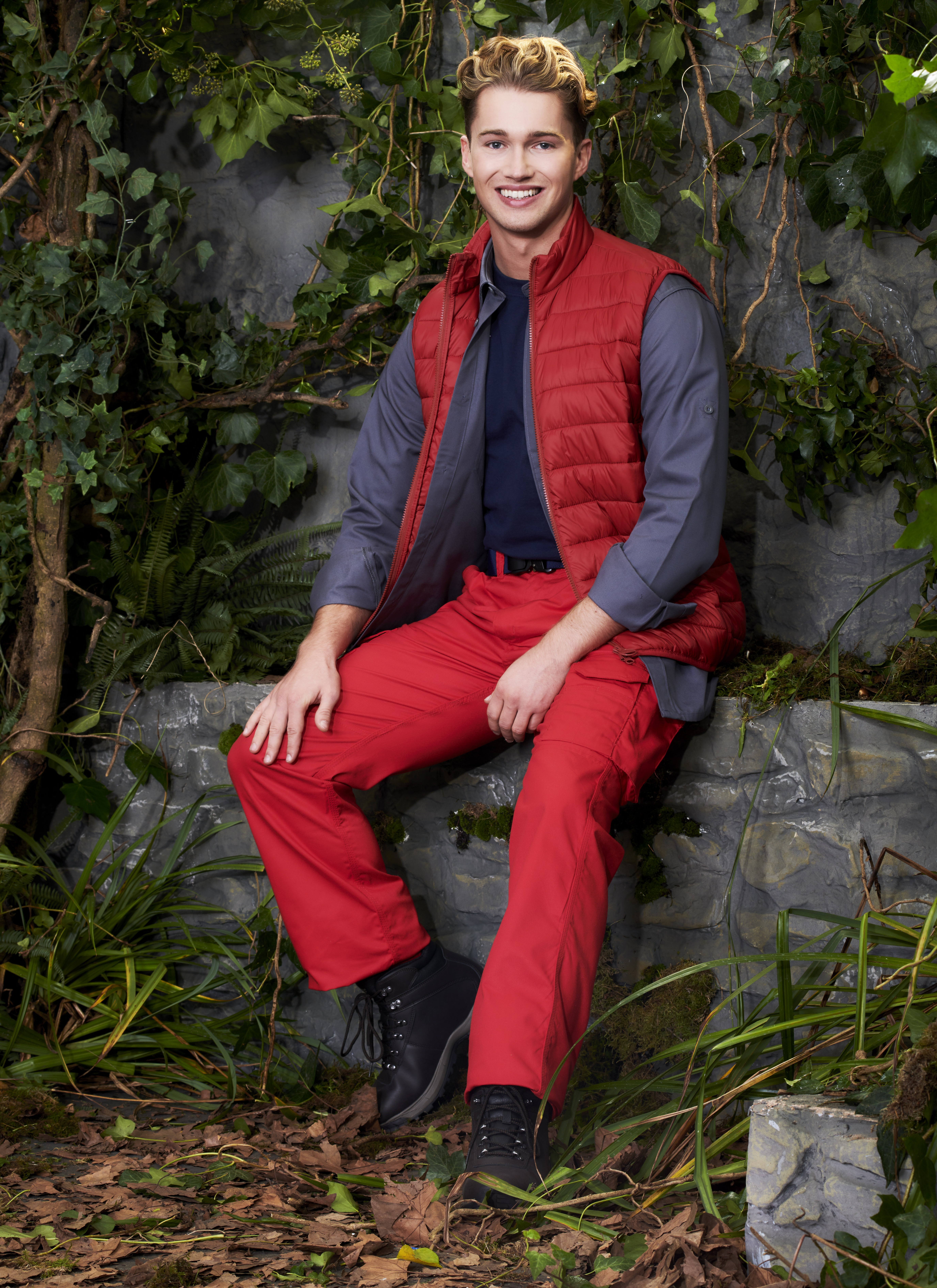 THE celebs, including AJ Pritchard were each given three sets of clothes – more than in Australia because they dry faster Down Under.

They were also given warmer gear to take account of the chilly Welsh weather – including thermal underwear – and some eco-friendly toiletries.

ONE dedicated team comes up with all the ideas for the trials and that also means they have to make the sets – and test out the challenges.

Whether it’s putting their head into a tank full of snakes or crawling through a spider-infested tunnel, a member of the group has tried every aspect of every trial.

They even have to down the gut-wrenching concoctions made from insects, animal innards and all manner of ghastly ingredients.

The revolting dishes are prepared in a special trials kitchen – where a pungent fish sauce is often used to make the gunk particularly smelly. 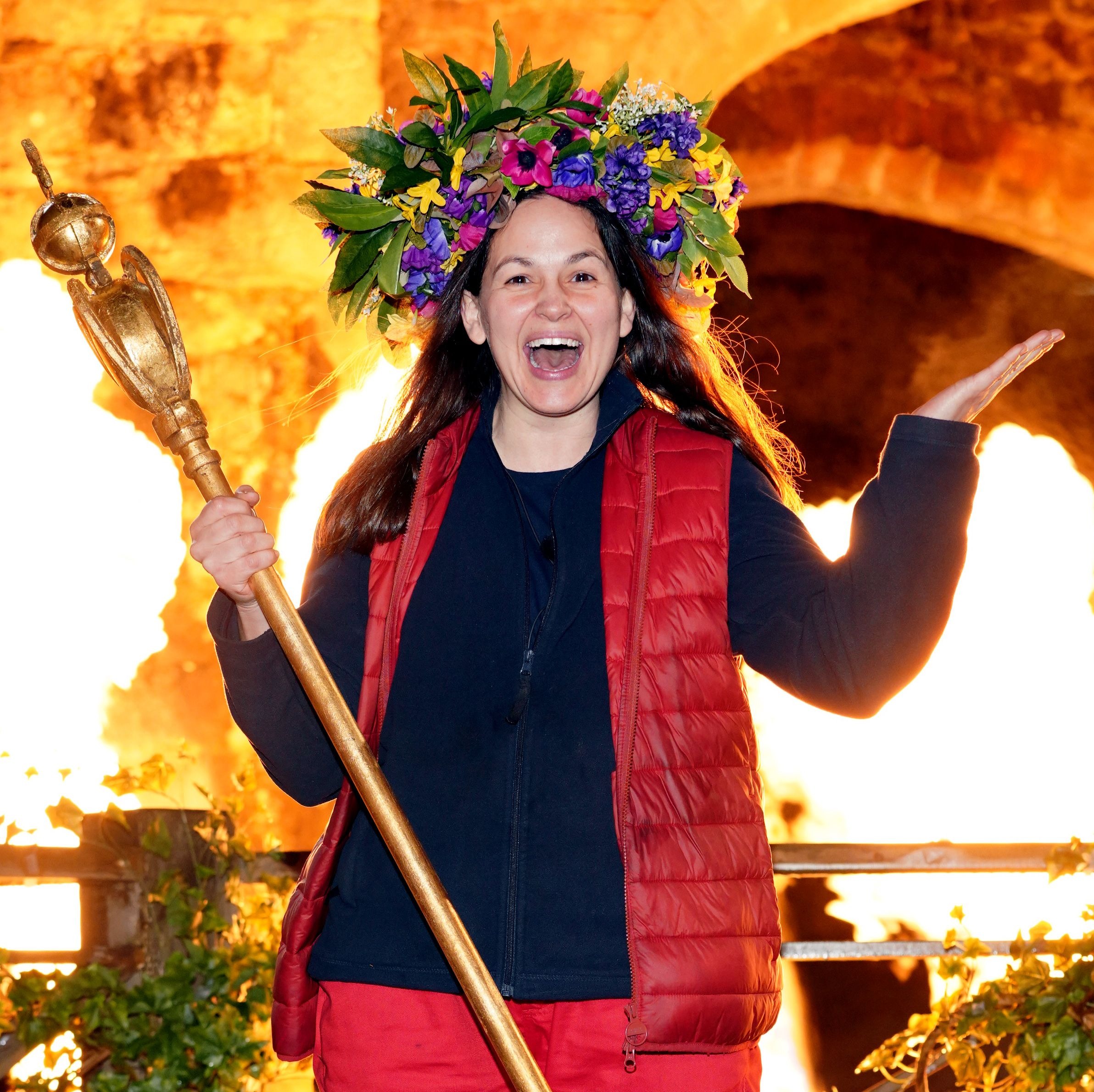 WHEN it’s time for a celeb to leave the jungle, they exit over a series of suspended walkways.

At the castle, the producers found an existing walkway leading from the courtyard to the gatehouse studio.

They added some flaming torches to make a fitting route.

The idea was that each celeb would leave Ant and Dec, make their way to the end of the bridge and, just as they waved goodbye to the TV viewers, fireworks would go off and the show would end.

An executive producers said: “Many of them weren’t sure of the way out and as it was a live show we couldn’t direct them.”