“Endeavor will be bloody from head to toe,” Eric Schiffer, CEO of The Patriarch Organization, tells TheWrap

The past six months for the empire that Hollywood power brokers Ari Emanuel and Patrick Whitesell built has played out like the tragic third reel of a film in which the protagonist falls from grace — hard, and fast.

After years of leading the William Morris Endeavor talent agency with a brazen, no-holds-barred approach, Emanuel and Whitesell borrowed billions of dollars to acquire glitzy media assets, such as events behemoth IMG and the mixed-martial-arts league UFC in an attempt to diversify the company and test just how close to the sun Endeavor could fly.

Emanuel and Whitesell, along with other senior executives, held a combined interest in Endeavor worth at least $1.5 billion before executives pulled the plug on a planned IPO last September, Bloomberg wrote at the time. The duo was also poised to collect millions in salary and bonuses.

They’re now on the verge of crashing back to Earth. When Endeavor opened its books last year as part of its IPO, it revealed an astonishing $4.6 billion in long-term debt and overall liabilities totaling $7.2 billion. Months after spiking the IPO, Endeavor now faces the scrutiny from having the coronavirus pandemic spotlight shown brightly in its direction. The company is in such a precarious state that it has raised questions about its ability to survive.

“Endeavor will be bloody from head to toe,” said Eric Schiffer, CEO of The Patriarch Organization and chairman of Reputation Management Consultants.

On Monday, S&P Global downgraded Endeavor’s credit rating to CCC+, which represents substantial risk, down from a B rating. The credit agency also changed the company’s outlook to negative.

“The negative outlook on Endeavor reflects a high level of uncertainty surrounding event and entertainment-based revenue streams due to the spread of the coronavirus, resulting in significantly heightened financial risk over at least the next several quarters,” S&P Global analysts wrote in a report. “We believe the level of financial risk could motivate the company to seek a distressed debt restructuring if coronavirus containment does not occur by midyear so that revenue can begin to recover.”

Endeavor has been weighed down by a massive amount of debt incurred mainly from its $2.3 billion acquisition of media, sports and fashion giant IMG, and its stunning $4 billion acquisition of the Ultimate Fighting Championship. After that acquisition, Endeavor’s fortunes began to change, according to Ross Gerber, CEO of media investment firm Gerber Kawasaki.

In 2012, Endeavor, then called William Morris Endeavor Entertainment, sold a 31% minority stake to private equity film Silver Lake Partners for $200 million. That investment helped propel the company’s growth. In an attempt to diversify the business away from simply being a talent agency, collecting a steady but mostly unchanging percentage of its clients’ earnings, Endeavor unknowingly set itself up for its downfall.

The coronavirus pandemic has forced many businesses in and out of Hollywood to their knees — none perhaps more impacted than the live events industry, which Endeavor has spent billions to enter. Based on its September filing, Endeavor’s entertainment and sports segment, which includes live entertainment and revenue from televised and streamed entertainment rights, earned $2.3 billion in revenue in 2018, compared with the $1.3 billion in revenue from WME. (And that does not include revenue it hoped to generate this year from its 2019 acquisition of the NFL-tied events business On Location Experiences in a $650 million deal.) 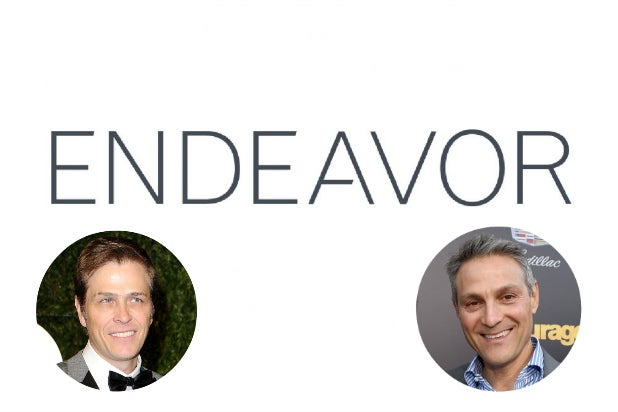 “Endeavor is sitting on like eight live-events businesses, none of which are making money right now,” Gerber said. “Usually when you diversify your business, you pick things that give you some safety… it’s not that anybody could plan for a pandemic, but everybody should plan for the survivability of the business. Anyway you do the math, live events is going to be the last thing to come back (after the pandemic). I don’t see how they get out of this.”

Despite UFC President Dana White’s best attempts, UFC was forced to call off its planned pay-per-view event scheduled for next Saturday after pressure from ESPN and Disney, its sole TV rights holder. UFC’s revenue is primarily based on staging fights, which is hard to do when state governments have all but banned such gatherings. UFC has the double-whammy of being the main driver of Endeavor’s live events business.

The company has tried to present a positive outlook despite the pandemic-fueled downturn. “The long-term prospects for our business remain unchanged, but like other companies, we are implementing measures to mitigate the impact of this pandemic,” an Endeavor spokesman said in a statement.

One bright spot is the revenue UFC attracts through media rights deals. UFC signed a $1.5 billion deal with ESPN in 2018 that made ESPN and ESPN+ the sole TV home for its fights. Last year, it added the Disney-owned sports network as the sole provider of its pay-per-view fights. In 2020, UFC is on the hook for 42 fights for ESPN — 30 to air on ESPN or ESPN+ and 12 for ESPN+ to sell via pay-per-view, including next week’s now-canceled UFC 249.

Those rights, however, aren’t enough to sustain the parent company, Gerber said. The reason UFC is such a valuable asset and typically a profitability machine is because it provides both media rights and revenue from its live events.

“The assets are world-class… The problem for them is going to be live events,” Schiffer said. “Maintaining those assets in today’s climate means they’ve been decimated from a revenue perspective… they have a wrecked business in the short term, but it doesn’t mean the business isn’t valuable ultimately.”

The likelihood that people will run back to sporting events, concerts and other live events packed with folks isn’t very high, at least in the near term. While that puts pressure on Endeavor’s business, Schiffer said the company could find a way to survive if they can maintain liquidity through the pandemic and the rough period to follow.

“It’s not an existential crisis for them, but it is a test of leadership and how they manage their reputation. They’re used to being the smartest in the room, and they’ve really been whacked in the head here,” he said. “They’re gonna have to do some sort of restructuring or financing, but I don’t think they’ll have to go through bankruptcy to do so.”

Schiffer added that Silver Lake has a vested interest in making sure Endeavor survives and would negotiate good terms as the “lender of last resort.”  “Endeavor’s not on their death bed,” Schiffer said. “They’ll survive because in Hollywood, they’re almost too big to fail, so they’ll be able to tap into industry resources.”

Gerber is less optimistic about Endeavor’s prospects, and he estimated that Endeavor is currently paying down debt at roughly $25 million per month — something that may become increasingly difficult to do with so many revenue sources in crisis.

Like many others struggling through the impact of the pandemic, Endeavor has already been forced to make company-wide pay reductions of up to 30% to all staffers to avoid additional layoffs.

Endeavor had already temporarily laid off 250 employees who were unable to work from home, and Emanuel and Whitesell agreed to forgo their salaries for the remainder of the year.

That is an epic turnaround from just six months ago, when Endeavor was on the verge of making history by being the first talent agency to go public, with its top earners in line for big payouts after staking their financial future on equity in the company that was expected to come fruition following an IPO.

“No one thought Lehman Brothers would ever go away. Who would think WME would ever go away? But this is the same thing,” Gerber said. “This is the stuff they make movies about… They file for bankruptcy and sell off the parts. The killer of all businesses is debt. It doesn’t matter how good your business is.”