PREGNANT Rihanna has had a lavish baby shower ahead of the birth of her first child with A$AP Rocky amid the rapper's shooting arrest.

On April 20, 2022, the rap star was arrested in connection with a shooting, though he has since made bail. 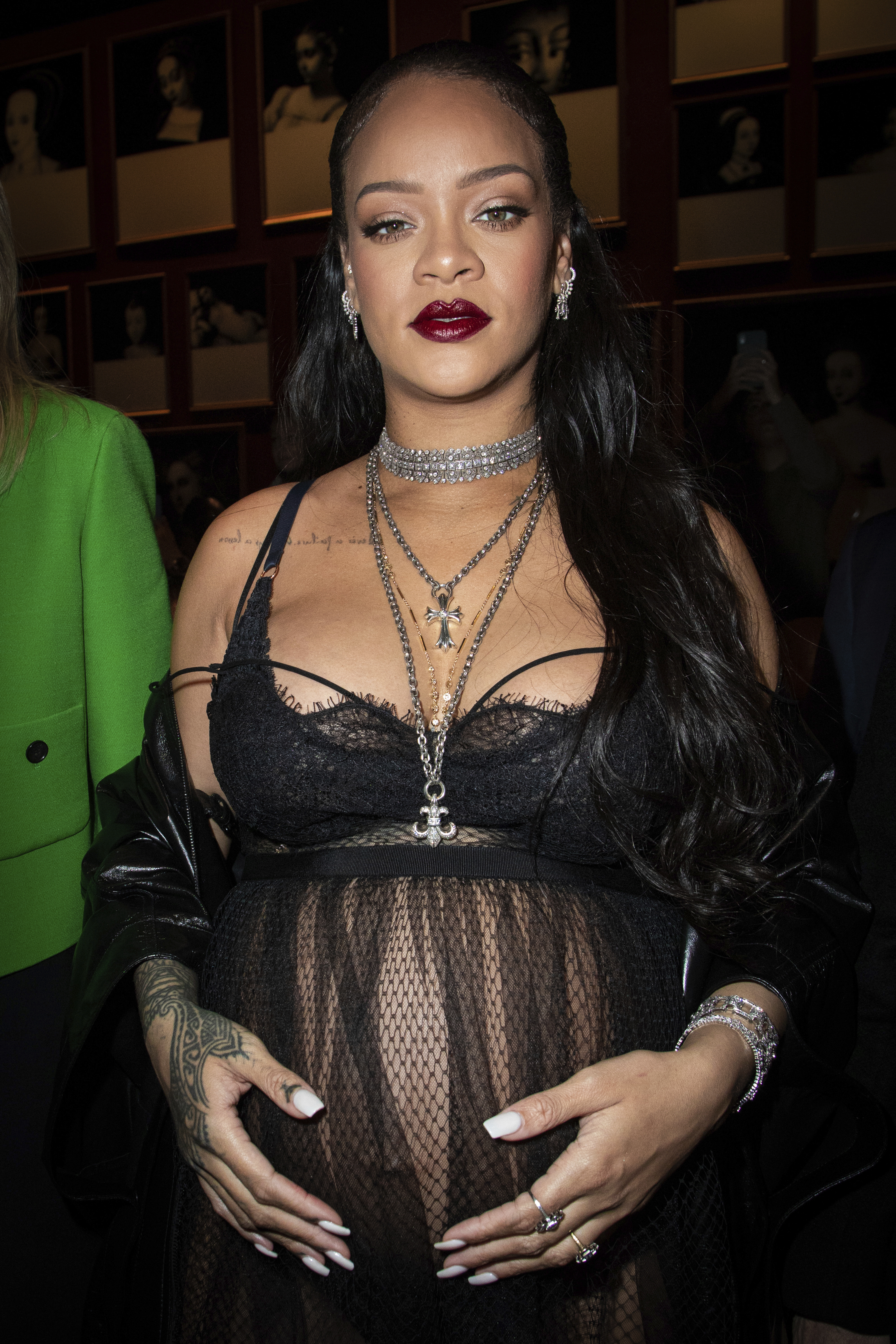 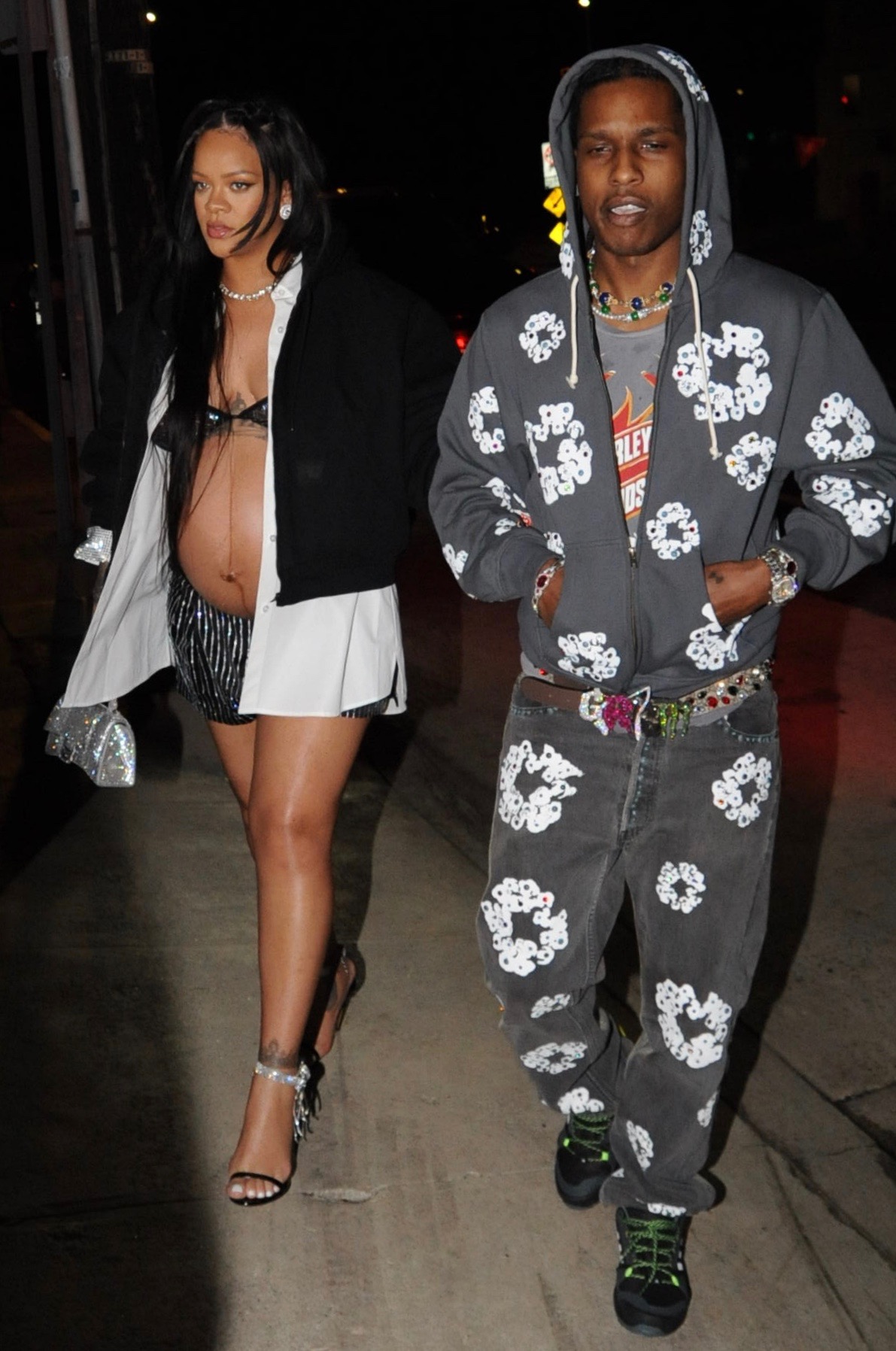 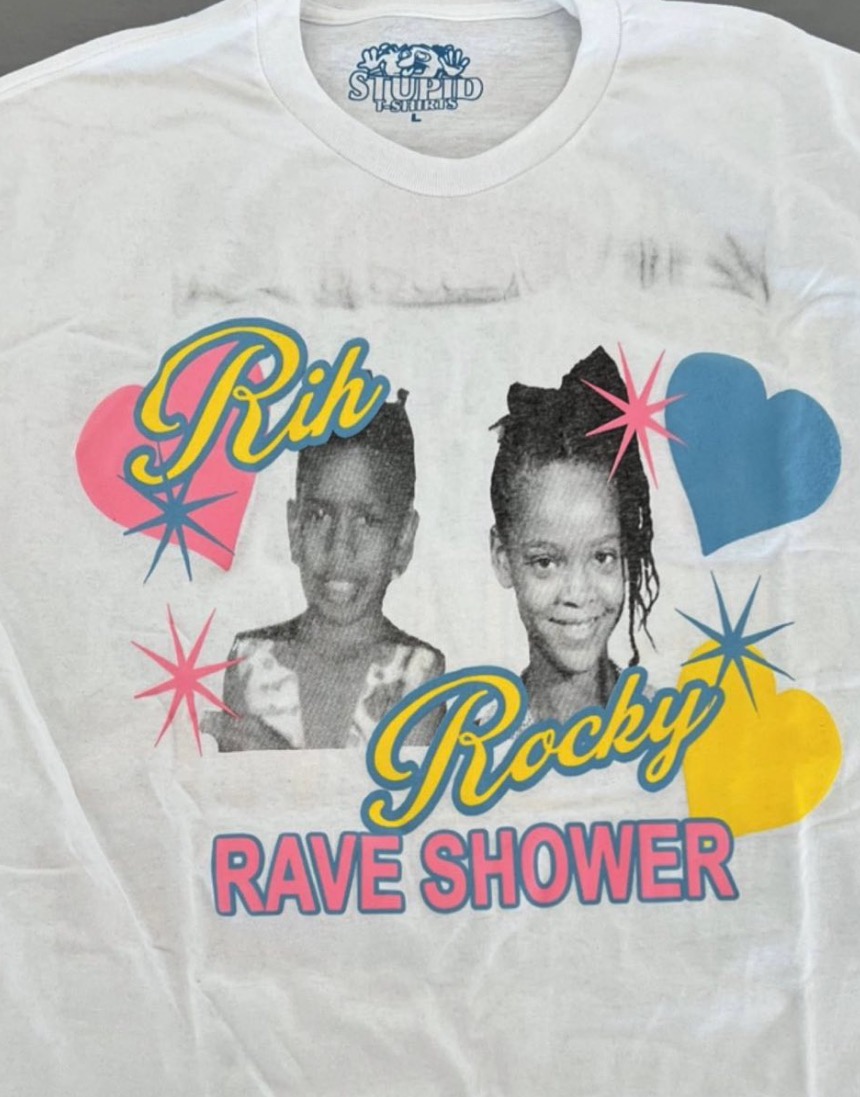 Rihanna, 34, and A$AP, 33, celebrated soon-to-be parenthood with an over-the-top baby shower on Friday night at a studio in Hollywood, California, HipHollywood exclusively reported.

The intimate affair hosted the stars' friends and family, including the Diamond singer's family from Barbados.

In typical Rihanna fashion – the outfit choices were a big part of the rave-themed bash as guests were asked to wear brightly-colored, neon attire. 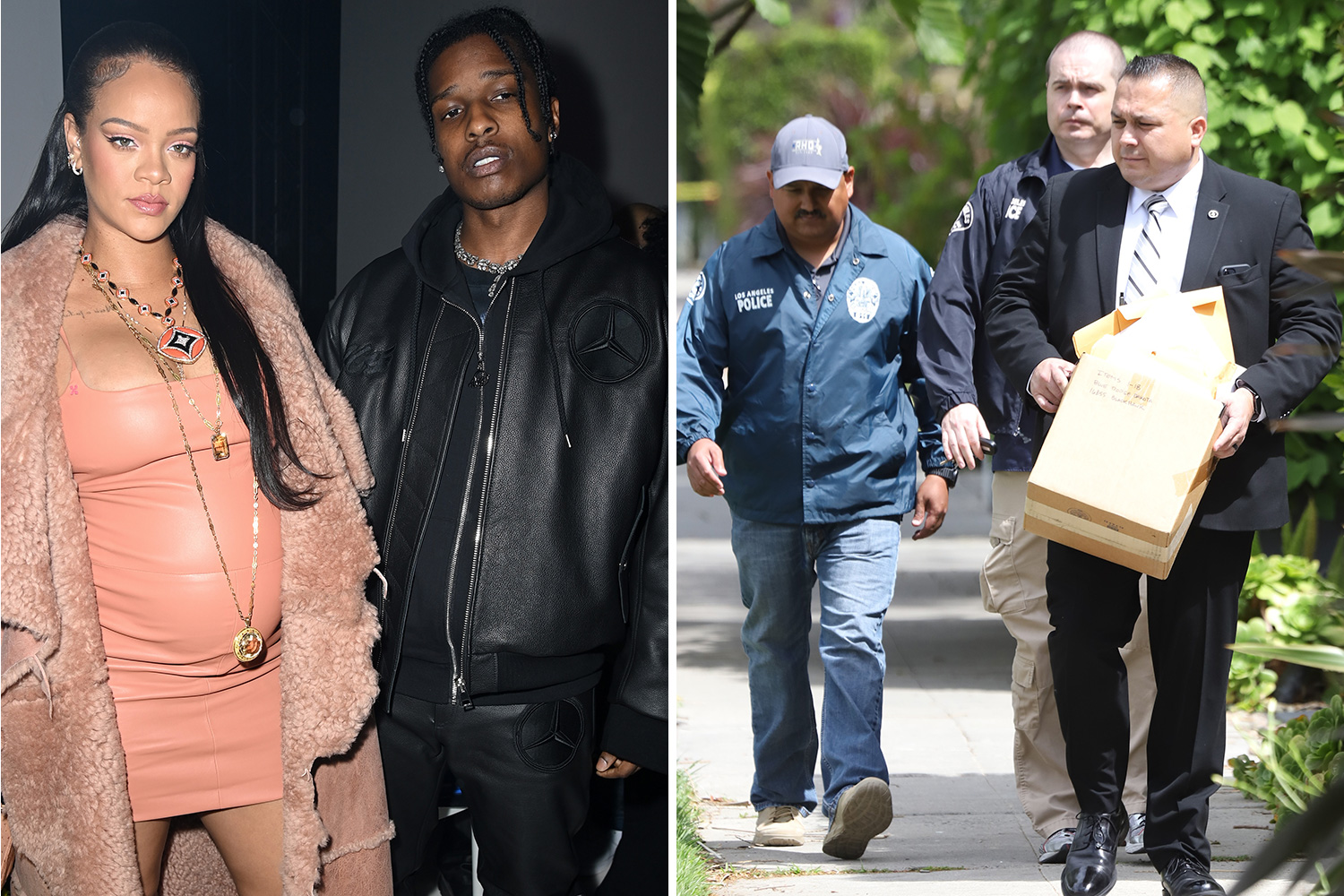 Although photographs were not allowed at the party, some photos of the colorful keepsakes circulated on social media.

A pic of the front of the shirt shows the lovebird's childhood photos and the names "Rih" and "Rocky" beside them.

Hearts and stars surrounded their photos as the words: "Rave Shower" were printed underneath.

The backside also included a fun message for their guests, which read in colorful bubble letters: "I went 2 Rih & Rocky's Rave Shower & all I got was this amazing shirt." 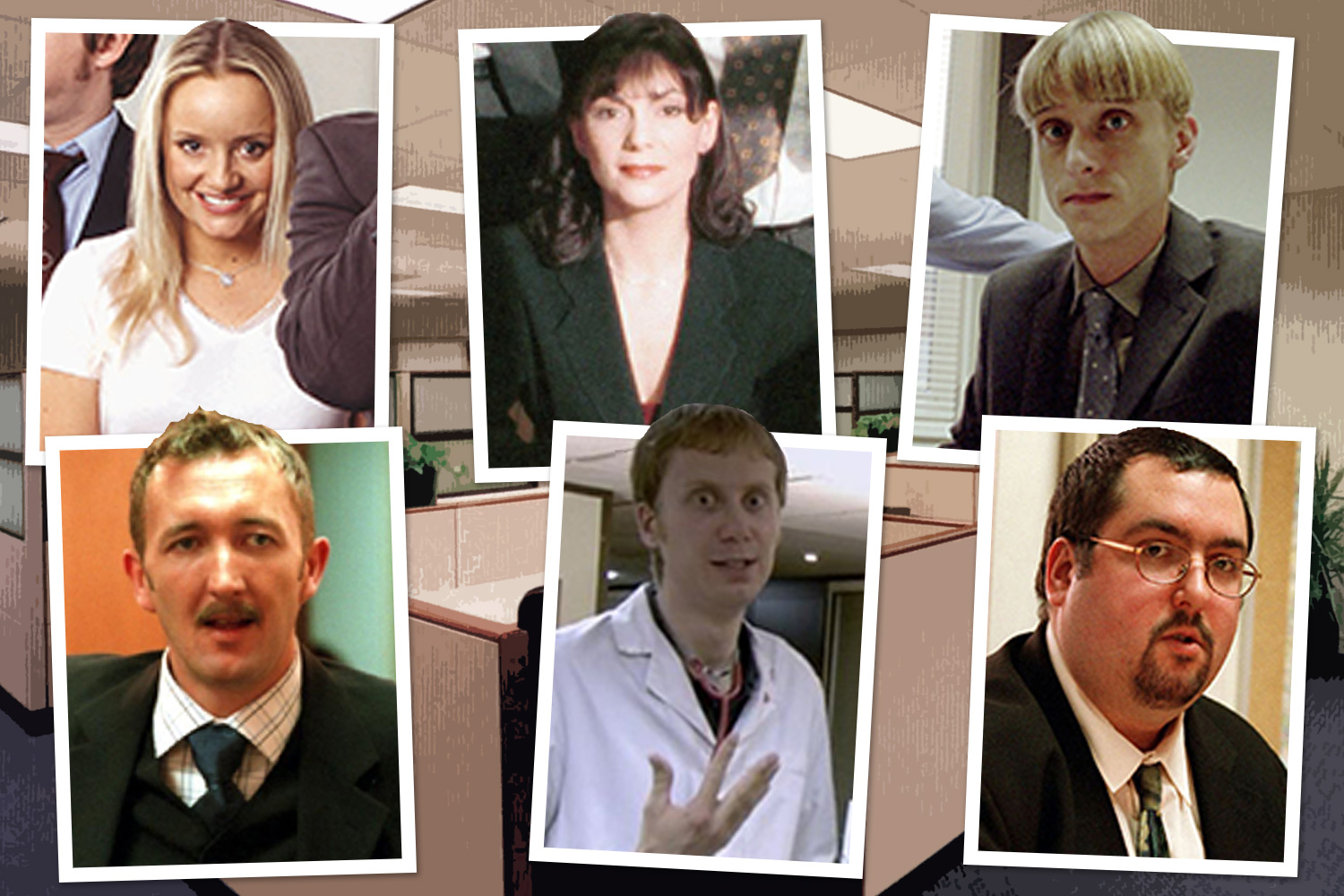 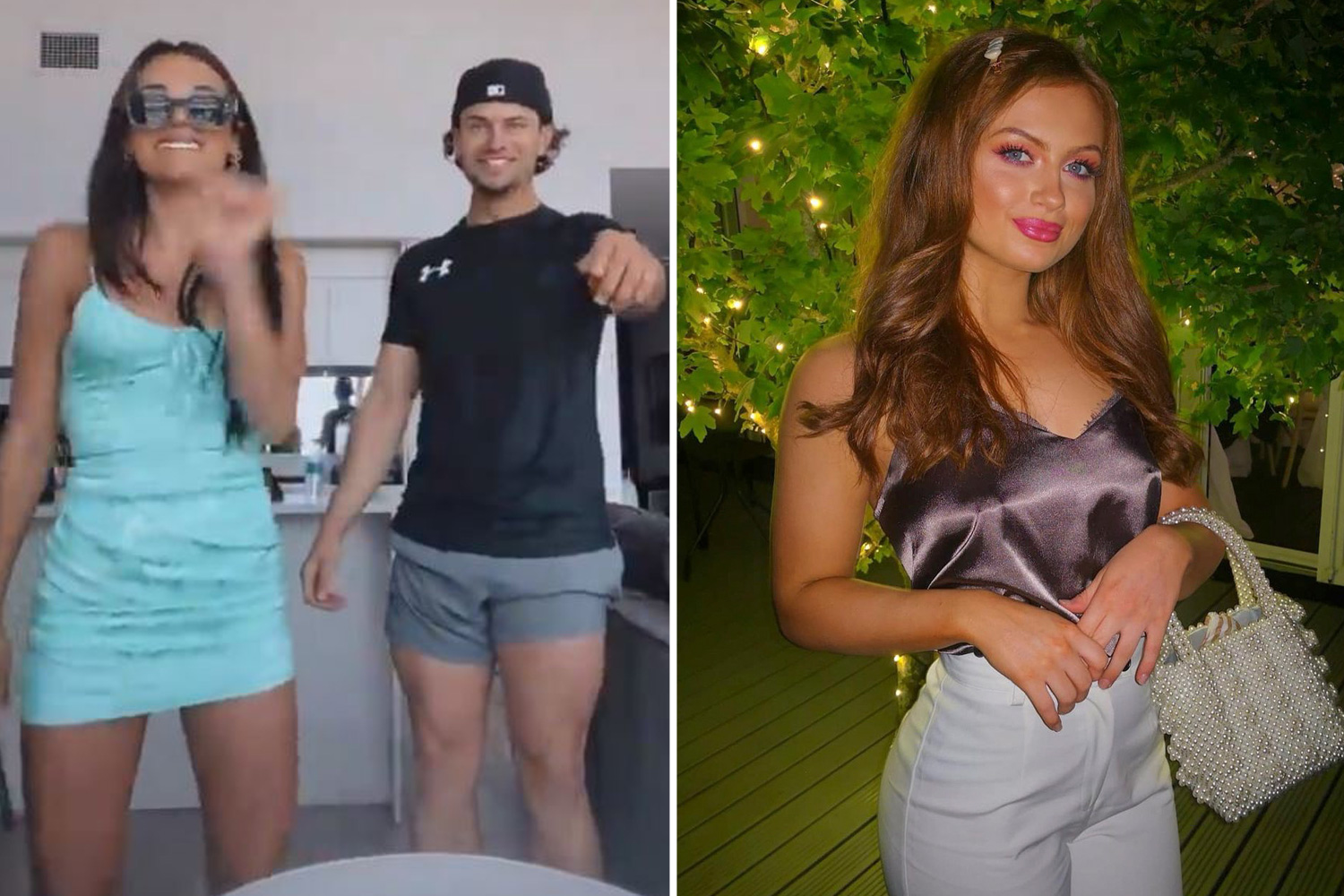 Another snap showed an array of colorful lollipops for guests to take with them as well.

The Sun initially reported the Umbrella singer was forced to cancel the event due to her beau's legal troubles.

Officers detained A$AP at LAX airport as the couple returned from a vacation in Rihanna's native Barbados.

He was held on suspicion of assault with a deadly weapon over an alleged gun attack in Hollywood last November in which an acquaintance was shot at, causing a minor injury.

Although A$AP was released on $550,000 bail later on Wednesday, The Sun has been told the planned celebration with pals to mark the upcoming arrival of their first child had to be postponed.

A source said: “Rihanna was there when Rocky was arrested and has been crying non-stop.

“She’s heavily pregnant and these are very serious accusations, it’s a nightmare scenario for her.

“It was meant to be Rihanna’s baby shower in LA on Wednesday night but they had to cancel.

“Rihanna was very, very upset and stressed by Rocky’s arrest.

“It’s not the best time for her to be on such an emotional rollercoaster.”

According to the LA Times, officers had been keeping A$AP – real name Rakim Mayers – under surveillance for months before making their move.

Following his arrest, officers searched his home in connection with the case, the LA Times reported.

The LAPD said in a statement on April 20 that the alleged gun attack in November last year took place following “an argument between two acquaintances."

The statement said: “The argument escalated and resulted in the suspect firing a handgun at the victim.

“The victim sustained a minor injury from the incident and later sought medical treatment.

“Following the shooting, the suspect and two additional males fled the area on foot.

“Detectives worked diligently to investigate and corroborate the reporting information which helped identify the suspect involved.”

The LAPD added that the case would be sent to the LA County District Attorney's Office for filing consideration.

It is unknown what A$AP was allegedly doing in the Hollywood area on the night of the attack, but the following day he headlined a music festival in Long Beach, California, with Rihanna in attendance.

The pair announced they were expecting their first baby together in January.

Earlier this month, Rihanna revealed in an interview that she wanted everybody to be “plastered and crawling out” at her baby shower.

She told Vogue magazine:  “No brunch, no blush tones. And no animal-shaped nothing.

“Personally, I want a party.

“I want everyone to be plastered and crawling out.

“Don’t put me on no wicker chair somewhere with gifts at my feet where everyone is staring at me.” 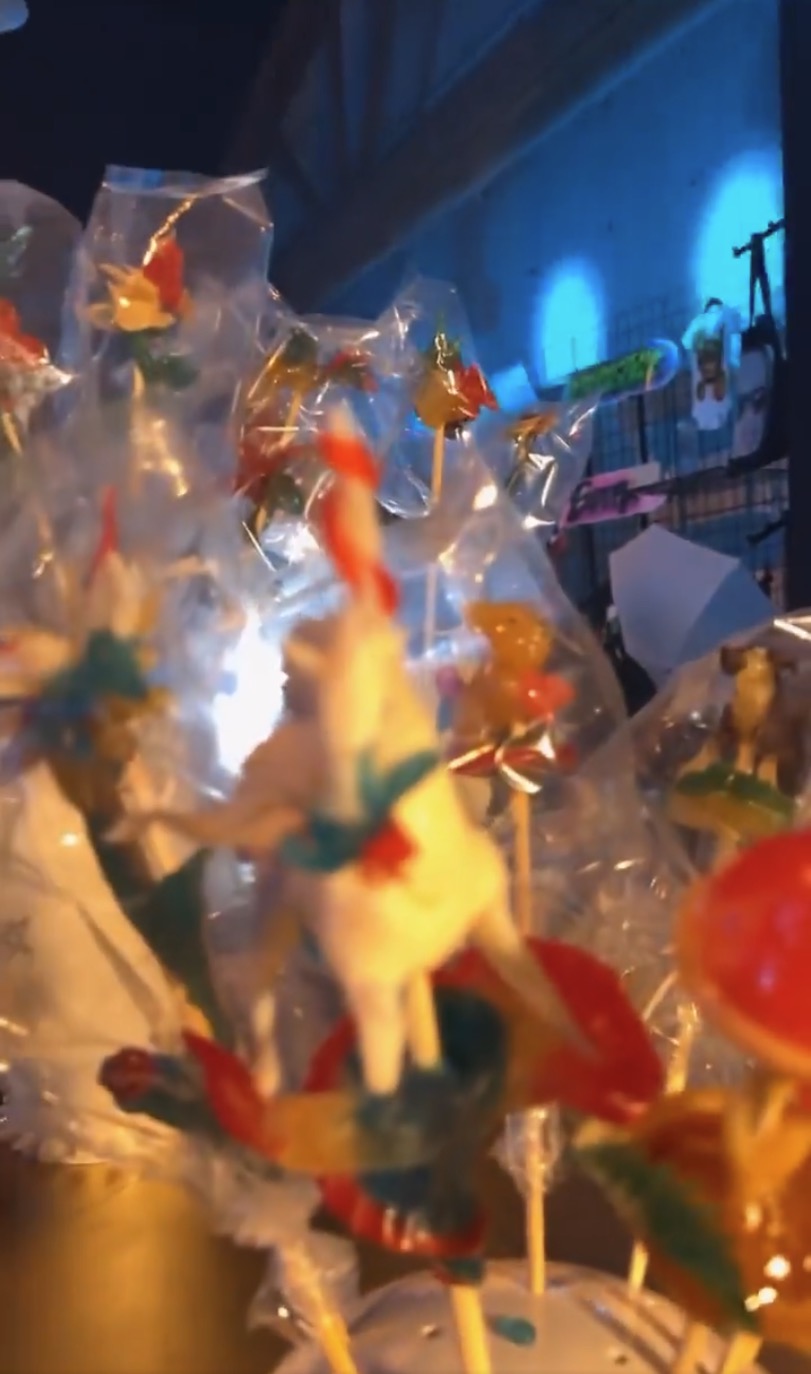 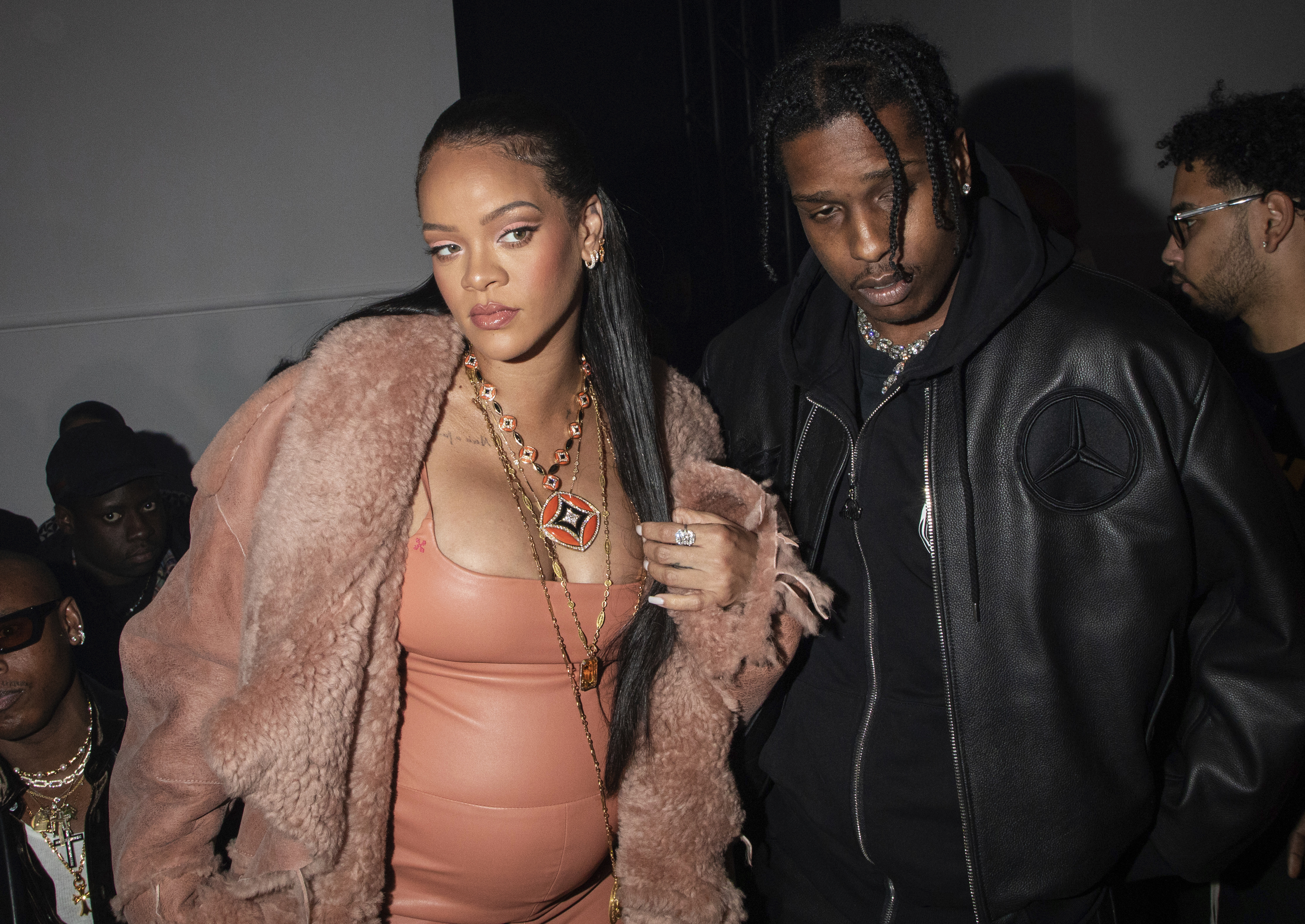