Home » Is 'The Real World: Homecoming' Filmed at the Same NYC Loft?

The Real World: New York loft became an eighth cast member, representing almost a Disney World of reality television at the time. Now, 29 years later as the cast reunites for The Real World: Homecoming, will the series be filmed at the same location?

Despite an unpredictable real estate market, producers were able to procure the same space that was featured on the 1992 series, Curbed reports. Designers married Gen X angst with the comforts of the Millenium to bridge 30 years of evolving design. The loft is approximately 6,500 square feet, plus a 1,500 square foot mezzanine. With four bedrooms and its signature soaring ceilings, the property is currently under contract for $5.5 million. The initial asking price was $7.5 million. 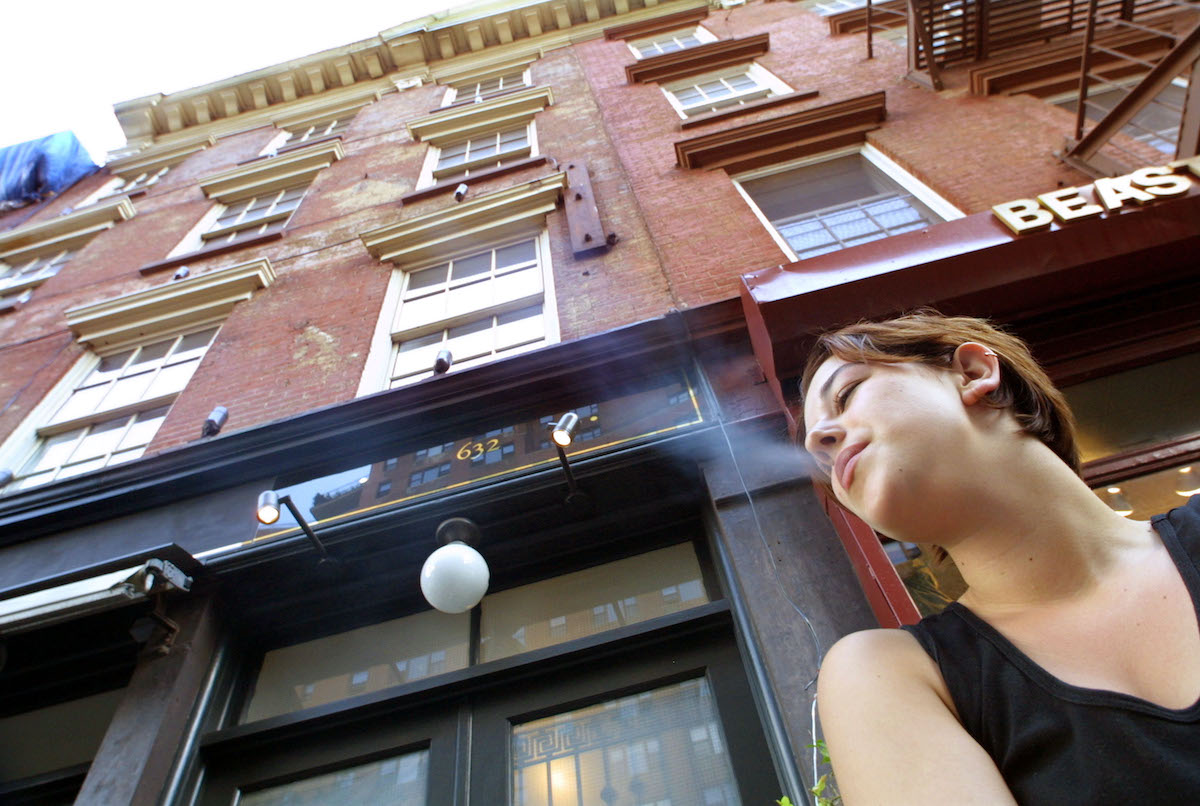 Original cast members Heather B. Gardner and Norman Korpi offered a video tour of the decked-out crib, that includes some throwback pieces sprinkled in with updates. Gardner and Korpi recounted the feeling they had when they first walked into the loft. Grand sets for reality television didn’t exist at the time, so cameras captured each cast member’s jaw-dropping moment when they got to experience the apartment.

“This loft is 2.0,” Korpi described. The signature fish tank and pool table remained but with an update. “So it’s a little bit larger, a little bit bigger,” he added. “And we didn’t have such glamour back then. We did not have the glamour.”

Designer touches included a 90’s inspired painting that recounted the date along the bottom of a bar code. “This show aired on May 21,” Gardner pointed out on the painting. “The last episode aired August 13 in 1992.” Korpi punctuated that the show aired nearly 30 years ago.

Heather B. Gardner reveals the room where the ‘secrets’ are told

The production crew slyly planted “conversation pieces” throughout the loft that the same cast discussed in 1992. Gardner and Korpi found the infamous “Love & Sex” book that the cast tossed around during the original series. The series also has a “Memorium” photo wall to some of the members the cast lost.

“Remember my cat Smokey that made it all the way to the loft from Jersey?” Gardener said. “You also remember Norm’s dog Gouda!” Gardner also found a photo of the dog the cast found on the street during the season. “I’m so glad the owner came to get this dog,” Gardner snarked.

Andre Comeau and Kevin Powell are seen shooting pool at the loft. But both cast members seem a little shy and not ready to gab. “We are all here for the homecoming and I can’t believe the pool table is here,” Gardner exclaimed. Adding, “The fish tank is one of my favorite things in the entire loft because I personally never had to take care of it. They said it’s bad luck to count fish in a fish tank.” So she decided to “guess” that the tank has seven fish for the seven cast members.

Gardner and Korpi head to a bedroom and dish that the bedroom is where a lot of “secrets get told.”

The Real World: Homecoming starts streaming on March 4 on Paramount+.