Piers Morgan was thrilled at the success of his interview with United States of America President Donald Trump, 72, which took place in Winston Churchill’s War Rooms yesterday.

Appearing on This Morning to reflect on his experience talking to the President, Morgan also brought up the recent controversy around Meghan Markle.

Trump could be heard saying the Duchess and new mother was “nasty”, in a recent interview, but there have been arguments over whether Trump was calling Meghan nasty herself for slamming him, or if he was simply referring to her comments.

The ambiguity of the topic was addressed by Good Morning Britain and ITV presenter Morgan, 53, who went back and forth with the President over what he truly meant.

Yet on discussing the subject with presenters Holly Willoughby and Phillip Schofield, Morgan unexpectedly revealed he’d met the Duchess and she’d made remarks about Trump.

“Meghan Markle, let’s be clear, she has been nasty about him,” Piers said.

“When I met her in my local pub she was pretty scathing about Trump, so he knows that.

“Yeah she did,” he repeated to the presenting duo.

The journalist added: “So let’s be realistic about that.”

During the interview, Morgan grilled the President on what happened. 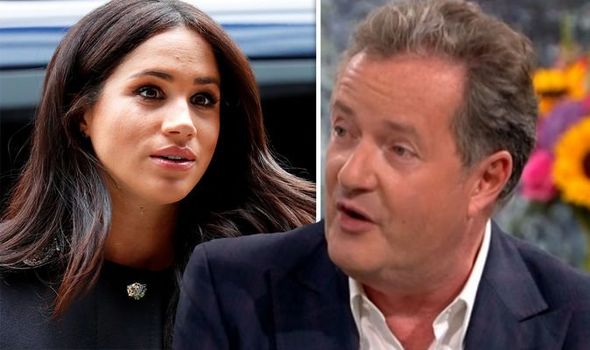 Let’s be clear, she has been nasty about him

Joking about his divisive opinions, Trump likened the comments about him to that of what Morgan receives too.

“Hey join the crowd right,” he teased. “You’ve heard about that too with yourself.”

“It’s actually on tape, I said, ‘Woah I didn’t know’,” Trump continued. “But you know what, she’s doing a good job.

“Shows you how terrible the news can be,” the President declared.

But Piers was determined to get the bottom of the incident, as he said: “Let’s clear it up because it was a little bit ambiguous.”

Trump insisted the interview wasn’t, but clarified again what he was saying.

“They talked about nasty but she was nasty to me, that’s ok for her to be nasty. It’s not good for me to be,” the President added.

Trump also joked the Queen warned him to keep their conversation at last night’s dinner completely secret, and the President revealed he intended to keep his promise.

This Morning airs weekdays at 10.30am on ITV.