“It would also be a great day to arrest the cops that murdered Breonna Taylor,” Rose says 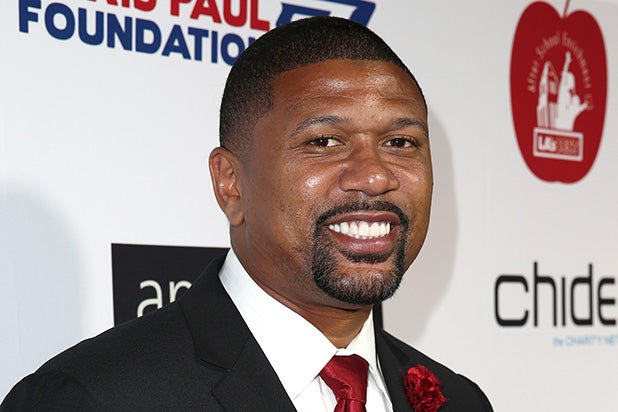 On the same day it was announced that the Louisville, Kentucky police officers who killed Breonna Taylor won’t be charged in her death, ESPN analyst Jalen Rose took a moment during the network’s live coverage of the NBA Eastern Conference championships to call for those officers to be arrested.

As ESPN was about to cut to commercial during a discussion of Miami Heat shooting guard Tyler Herro, Rose said “He’s been putting in work for a young fella. But it would be a great day to arrest the cops that murdered Breonna Taylor!”

Watch the moment below:

Taylor was killed March 13 at age 26 by Louisville police executing a no-knock warrant. They were investigating two men they believed to be selling drugs, one of whom had dated Taylor in the past and had previously received mail at her apartment. But during the raid, according to a lawsuit filed by Taylor’s family, officers in plainclothes — later identified as Jonathan Mattingly, Brett Hankison and Myles Cosgrove — broke into the apartment while Taylor and her boyfriend were asleep in bed, without announcing themselves. (The LMPD has countered that the officers knocked several times and announced themselves.)

After the door to the apartment came off its hinges, Taylor’s boyfriend, Kenneth Walker, fired a shot in self-defense, according to his attorney, and hit one of the officers in the leg. The police then opened fire in response, firing more than 20 rounds into the apartment and shooting Taylor six times. She was not suspected of any crimes, and Kentucky allows possession of a firearm with a permit. The attorney representing Taylor’s family has also asserted that the officers repeatedly lied about key details about the circumstances of her death.

There have since then been widespread calls for the officers to face trial, but on Wednesday a Kentucky grand jury indicted Hankison on three counts of first-degree wanton endangerment related to damage done to adjacent apartments by police gunfire.  The indictment essentially charges Hankison for the endangerment of Taylor’s neighbors, but not for the shooting of Taylor herself. The grand jury also did not indict the two other officers involved in the raid, Jonathan Mattingly and Myles Cosgrove.

In response, there have been widespread protests in Louisville Wednesday night, and two officers were shot, suffering non-life threatening injuries. A suspect is in custody and is likely to be indicted for that shooting.