The eagerly awaited debut of Peacemaker, the HBO Max series written and directed by James Gunn, has released its official trailer and key art.

The show, produced by Peter Safran and starring John Cena in the title role, explores the continuing story of the character in the aftermath of Gunn’s 2021 DC film The Suicide Squad.  It’s about a man who believes in peace at any cost, no matter how many people he has to kill to get it. 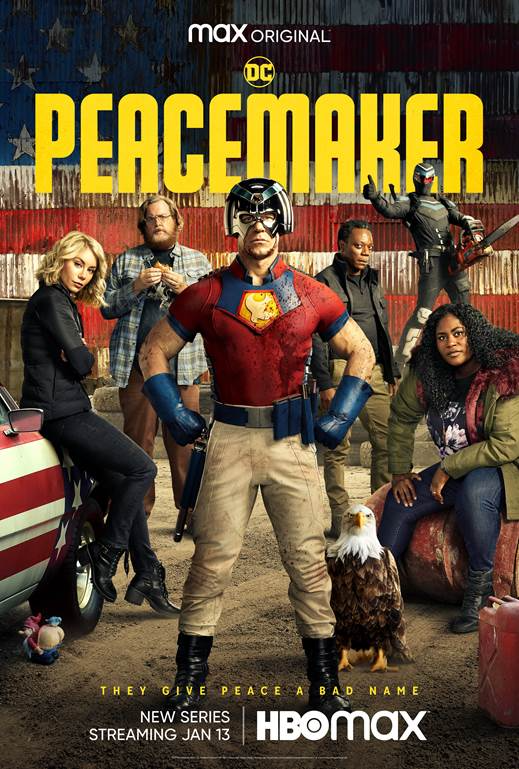 In addition to Cena, the series stars Danielle Brooks as Adebayo, Freddie Stroma as Vigilante, Jennifer Holland as Harcourt, Chukwudi Iwuji as Murn, Steve Agee as Economos and Robert Patrick as Auggie Smith.

The eight-episode series debuts Thursday, January 17 with three episodes, followed by one episode weekly through February 17.

Gunn wrote all eight episodes of Peacemaker and directed five, including the first. Gunn, Safran and Matt Miller serve as executive producers on the series, with Cena as co-executive producer. The series is produced by Gunn’s Troll Court Entertainment and The Safran Company in association with Warner Bros. Television.