James Ponsoldt is expecting this question. Why did the guy who made films like “Smashed,” “The Spectacular Now,” and “The End of the Tour” — dark, knowing dramas about messed-up adults, typically with substance abuse problems and a host of neuroses — turn his attention to “Summering,” a film about four tween girls in the waning days of their favorite season?

He’s got the answer in hand: He’s a parent of three kids, his wife Megan works in the public-school system, and this is the stuff he wants to share with his family.

But the real answer? It’s still a James Ponsoldt film. It’s not as dark as its predecessors, but the filmmaker is still using his craft to ask some very deep questions. “Summering” is, after all, about a group of girls (Lia Barnett, Sanai Victoria, Madalen Mills, and Eden Grace Redfield) who discover a very dead body and must grapple with what to do next. (Unsurprisingly, the film drew many comparisons to “Stand by Me” when it premiered at Sundance this past January.)

“Those conversations between parents and kids trying to understand each other, sometimes more or less successfully, is something that I’ve always been deeply interested in,” he told IndieWire during a recent interview. “A lot of the conversations I’m having now are trying to explain what seems totally upside down about the world to children, and realizing that I don’t have good answers in large part. In some cases, they have a much more on-point, less jaded, more true perspective than I do.”

Ponsoldt added that a friend recently reminded him that his Columbia University thesis film, “Junebug and Hurricane” was — oh, yeah! —also about a single mother and daughter (Janeane Garofalo played the mom). So while the bent toward younger protagonists and their concerns might seem new for him, it’s not. Neither is the inherent drama of the stories he tells. 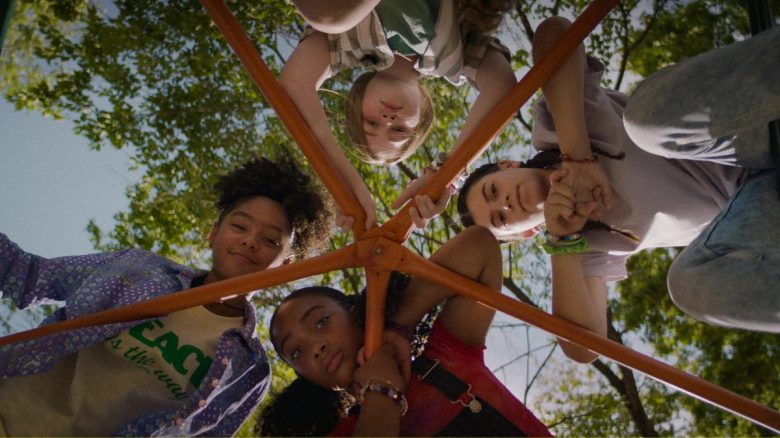 Ponsoldt said he enjoyed a culturally rich childhood — his grandfather, William Teason, painted book covers (like those Agatha Christie reprints in the ’60s and ’70s) and the occasional movie poster, while his older sister introduced him to horror movies like “Evil Dead II” and “A Nightmare on Elm Street.” “I had a subscription to Fangoria magazine when I was a kid and I was constantly begging my parents to let me watch horror films,” he said, adding with a laugh, “My parents were pretty open to some degree, but they regretted letting me watch ‘Exorcist’ too early.”

The genesis of “Summering,” Ponsoldt said, sprang from real-world horror. “There was a man found dead not so far from our home in Los Angeles, and he was not identified. He still, to my knowledge, has not been identified,” Ponsoldt said. What stuck with him was the notion “that someone couldn’t even receive the dignity of being named when they die. It felt like a signifier of a much larger breakdown culturally, and sort of our social contract. It was a catalyst for conversations with my family and with my kids.”

Ponsoldt said he was inspired by films ranging from “Picnic at Hanging Rock” and “The Virgin Suicides” to “Forbidden Games” and “Spirit of the Beehive.” He wanted to make something he didn’t much see in American cinema: a film “chiefly anchored through the subjectivity of a young female person’s experience, not just coming of age, but the first brushes with mortality and death, at an age that is definitely pre-adolescence.”

As a film about mortality and death, it’s much easier to see how “Summering” slots in alongside films like the alcoholism drama “Smashed” and the David Foster Wallace semi-biopic “The End of the Tour.” Still, Ponsoldt said even he struggles to draw connections between his works. 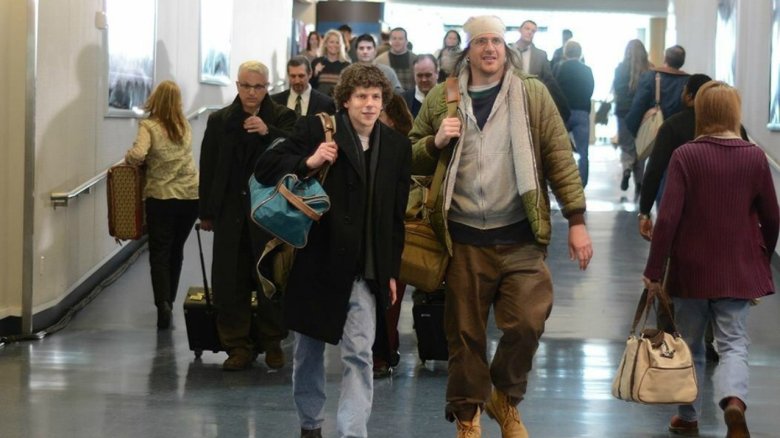 “The End of the Tour”

“Themes that are common from one thing to another, I’m not conscious of it, it takes other people pointing them out to me,” he said. “But everything that I get involved with and every story that I’m developing, there’s always something deep at the core of something that the protagonist is wrestling with that is wildly personal to me. It’s usually something that upsets me, is haunting to me, is something that I’m trying to engage with.”

After earning raves for “”Smashed,” “The Spectacular Now,” and “The End of the Tour,” all of which sold to distributors after debuting at the Sundance Film Festival, Ponsoldt took on his biggest gig yet: directing and adapting “The Circle” from the Dave Eggers novel of the same name, starring Tom Hanks and Emma Watson.

Financed by EuropaCorp and STX Entertainment, the film premiered at Tribeca 2017 and was Ponsoldt’s first to hit the festival circuit with distribution in place. It proved to be Ponsoldt’s biggest box-office hit ($40 million), but it earned the worst reviews of his career (16 percent on Rotten Tomatoes).

Asked how he felt after “The Circle,” Ponsoldt said he was busy focusing on his next project, the Elizabeth Olsen-starring Facebook Watch drama “Sorry for Your Loss.” That may sound like deflection, but when the filmmaker mentions the themes of the show, about a woman dealing with her husband’s sudden death, it sounds like he was working through some pain over the film’s reception.

“After ‘The Circle,’ I was already working on ‘Sorry for Your Loss,’ which we’d been working on for years,” Ponsoldt said. “A show about trauma and recovery, a half-hour show about grief. That’s very much where my head was and it was deeply, deeply personal for me. So by the time something comes out, I’m talking about one thing but I’m already thinking about another thing.” 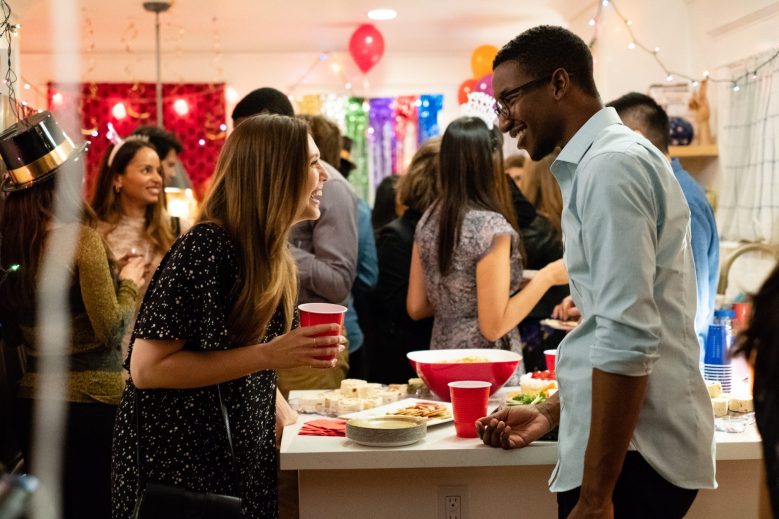 “Sorry for Your Loss”

One thing Ponsoldt has yet to do is direct a bonafide blockbuster, eschewing the career path taken by many of his contemporaries. (The original director of “The Spectacular Now,” Marc Webb, actually left that film when he was hired to direct “The Amazing Spider-Man,” opening the door for Ponsoldt.) Ponsoldt said he’s been in the mix for various franchises, but it wasn’t for him.

“My friends that are doing those things, whether it’s Marvel or the ‘Star Wars’ universe, they all have very specific voices,” he said. “Those filmmakers have been able to bring their personal voice and put their fingerprints on things, but one thing that is common, is that they really love those characters and love that sandbox that they’re getting to play in … The amount of time that it takes to make a film, you have to really be invested in it. Throughout that process, it has to have its hooks in your heart and in your psyche for you to do it well and for you to bring purpose to it.”

He added, “To me, everything comes back to character. So it’s always, do I connect to a character? The thing that they’re connecting or wrestling with, is it something that speaks to me? I think people can make deeply personal $200 million films, and people can make personal $2,000 films and everything in between. I don’t judge one versus the other.”

Which is all a very Ponsoldt way of saying “maybe that world is not for me,” but he’s happy to play elsewhere, like in the world of television. He’s currently in post on two series for streamers that he expects will arrive in 2023: the Amazon series “Daisy Jones & The Six,” based on the best-selling novel about a fictional rock band from Taylor Jenkins Reid and starring Riley Keough, and Apple’s therapy comedy “Shrinking,” which features Jason Segel, Jessica Williams, and Harrison Ford. Ponsoldt pointed out that both shows are about “adults and adult issues,” but through a wide lens. 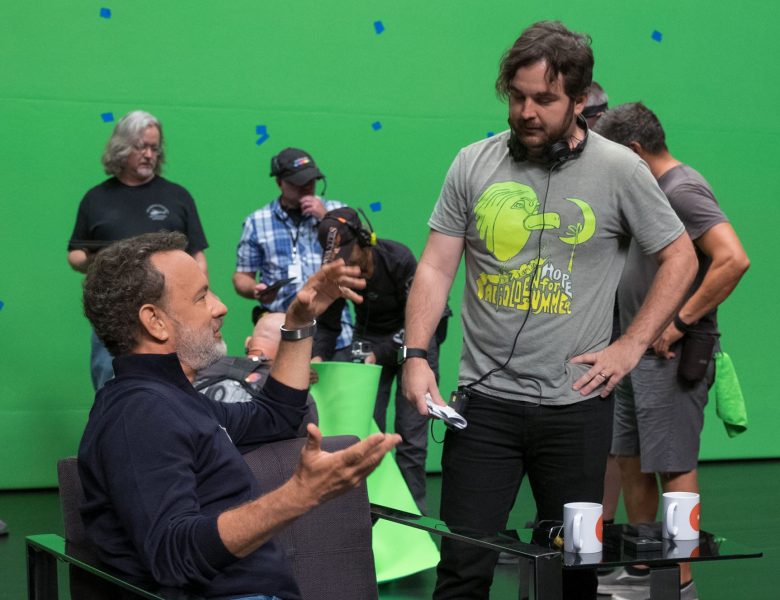 On any platform, he identifies a lack of “multi-generational dynamics.” Ponsoldt grew up hanging out with his friends and visiting local hospices filled with older people, where his mother was a volunteer. These days, he spends time with his kids and his wife and his parents. Where are those stories?

“In a lot of cases, it does feel like, ‘Well, if you can’t cast a 25- to 35-year-old movie star, there’s not a place for those stories,’” he said. “Anything I’m going to say is a generalization, but in a lot of ways, those stories are found in streaming television now. … I don’t think that’s gone from films. I sure hope it’s not, because I’m going to keep trying to make those films.”

He added, “We all benefit from films that have multiple subjectivities, and if we don’t, we’re just going to be stuck. I’m going to keep trying to make films about people who are my age, about kids, about old people, about everything in between.”

A Bleecker Street release, “Summering” is in theaters now.