Jeremy Vine was joined via live video link by James Max and Salma El-Wardany to talk about whether it was fair that Prince Charles was allowed a coronavirus test, when frontline NHS staff who are working hard to control the virus, are not. The debate quickly took a turn when Salma hit out at James’ attitude, but was branded ‘woke’ by James who agreed the Royal Family member should have got tested.

Jeremy asked his guests: “So, should Prince Charles have been tested when so many others aren’t allowed a test?”

James said: “If you have a situation when you have an NHS staff member and Prince Charles and you say to choose.

“More than likely the NHS staff will say ‘give Prince Charles the test’.”

But Salma bit back at James, who went on to dismiss her opposing view saying it was “rubbish”. 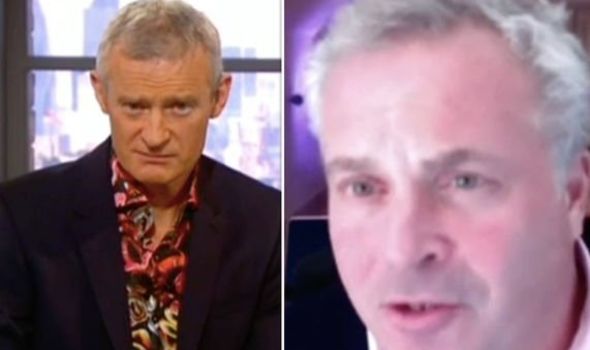 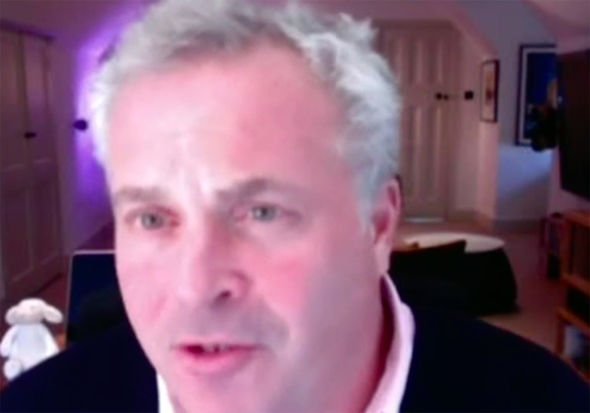 Salma retorted: “James, just because you are saying ‘rubbish’ to everything, doesn’t make your argument any stronger.

“I think there is immense private wealth here, which you are not even acknowledging.

“Remember that something like coronavirus and this pandemic, that we are currently going through is highlighting this massive divide between rich and poor. 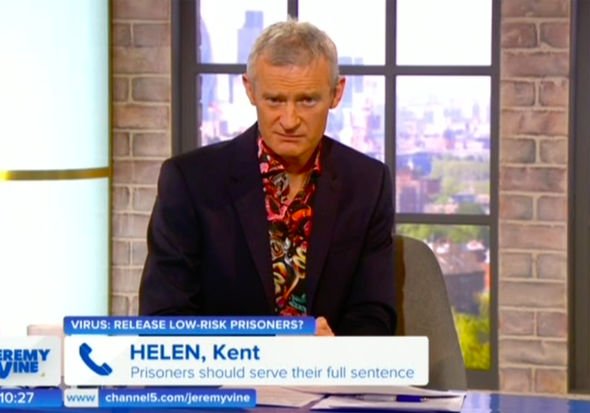 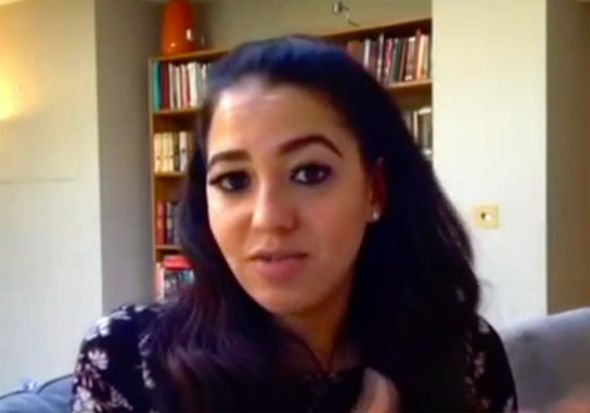 “Prince Charles and the Royal Family should not be using NHS resources.”

James Max was left laughing, putting his head in his hands and branding her “woke”.

Jeremy was forced to halt the interview as it continued to spiral and the host moved onto what the viewers thought.

Jeremy introduced royal commentator Richard Fitzwilliam, who said: “I think that quite frankly it is a simple matter.

“You are tested to find out if you have the virus and we wish everyone had the test.

“But there isn’t a country in the world that wouldn’t test its leaders and this has obviously been the case.”

Clarence House confirmed the king-in-waiting had tested positive for Covid-19 but was in “good health”.

They said in a statement: “The Prince of Wales has tested positive for coronavirus.

“He has been displaying mild symptoms but otherwise remains in good health and has been working from home throughout the last few days as usual.

The Duchess of Cornwall has also been tested but does not have coronavirus.

“The Duchess of Cornwall has also been tested but does not have the virus,” the statement read.

“In accordance with Government and medical advice, the prince and the duchess are now self-isolating at home in Scotland.

“The tests were carried out by the NHS in Aberdeenshire where they met the criteria required for testing.”

There was a clear divide in what the viewers thought about Prince Charles being tested.

One viewer said: “He needed to be tested if he inadvertently gave it to the Queen or Prince Philip that would have been terrible #JeremyVine”

Another added: “#JeremyVine who says Charles was tested on the NHS? I doubt he costs the NHS much, everything will be private and rightly so. If he can’t go private, who can?”

“Even if celebs get the test privately, it is a test that is not widely available for NHS workers. Celebs are self isolating. In fact some of them seem to have left the planet. They don’t need the test unless their symptoms are severe. #jeremyvine.” said a third.

And a fourth said: “#JeremyVine Will all Charles staff now be tested so they can feel safe?…Don’t think so.”

Jeremy Vine continues on Channel 5 tomorrow at 9:15am.