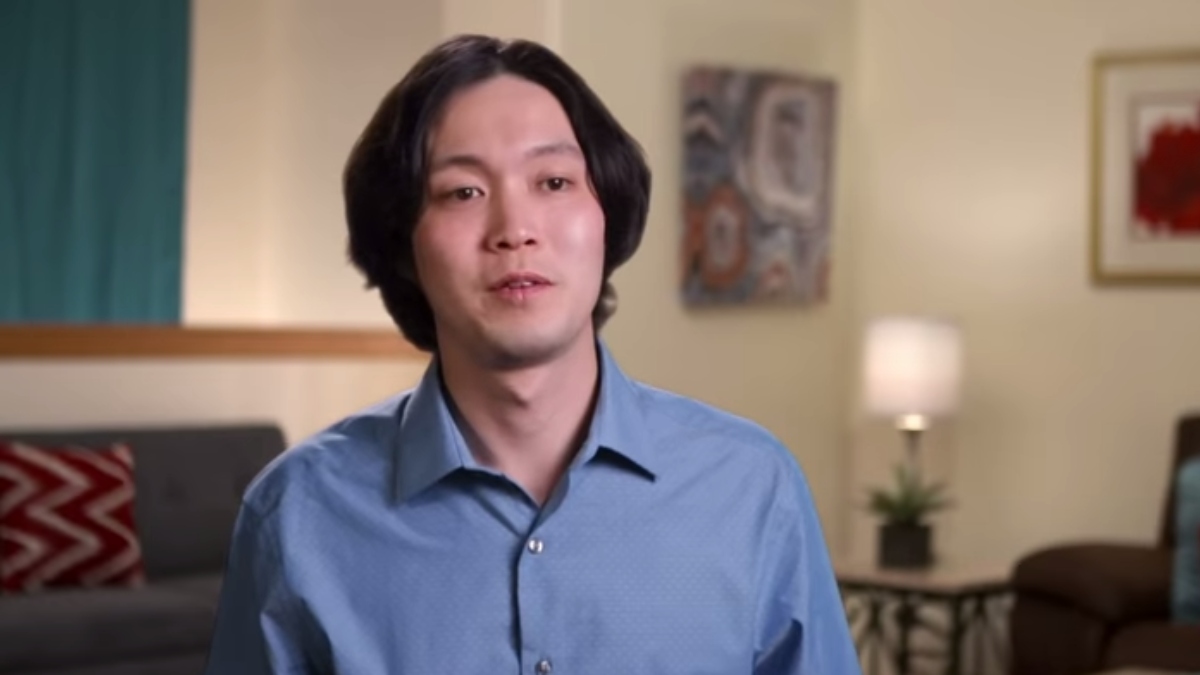 90 Day Fiance: The Other Way stars Jihoon Lee and Deavan Clegg are in the midst of a contentious split, but you wouldn’t know it from Jihoon’s recent Instagram post.

Deavan has blasted Jihoon on social media, saying that he’s blocked her and is refusing to sign divorce papers. Jihoon, however, has defended himself against her accusations.

Jihoon is now claiming that he and Deavan are “friends,” a surprising twist in this very drawn-out saga.

In an Instagram post last week, Jihoon wrote to his son Taeyang, who is currently in Utah with Deavan. He included a picture of Taeyang along with a message written in Jihoon’s native Korean.

The message translates to: “I really miss you today, Taeyang. Even if the world’s people blame me, the heart that loves you never changes. My only son, Taeyang. See you again soon.”

It’s no surprise that Jihoon misses his son, but fans were shocked at what Jihoon wrote in the comments of the post. “Don’t get me wrong. [Deavan] will bring him to Korea to show me. She and I are friends and parents.”

After all of Deavan’s accusations and the couple’s very public split, Jihoon’s assertion that the pair are “friends” raised eyebrows among fans. 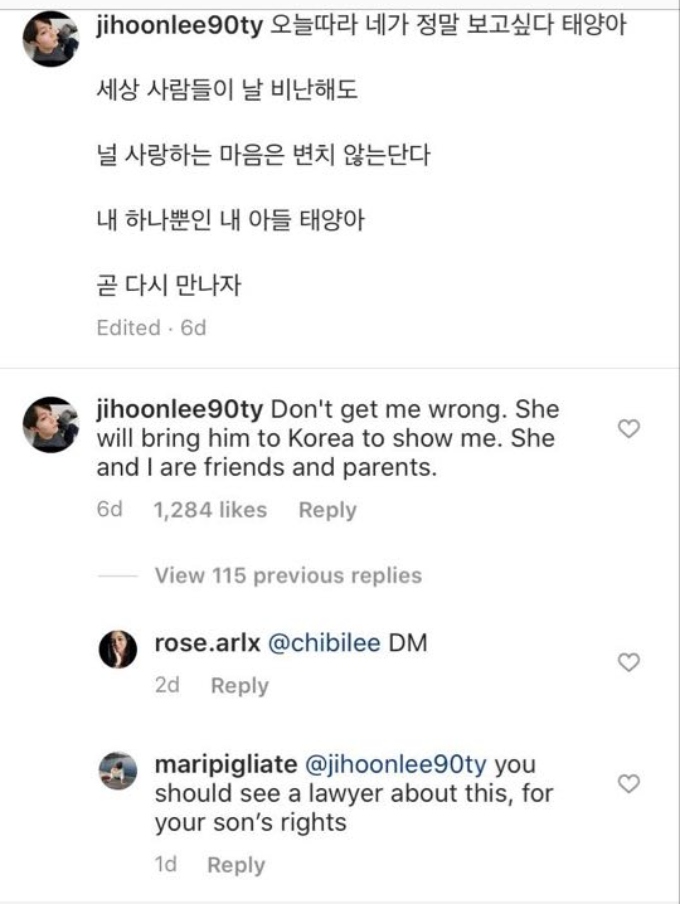 “She is saying she isn’t your friend and you blocked them and have 0 communication. If you’re talking again it’s great your beautiful child needs his real father and not a fake one💙” one surprised fan wrote.

Another echoed the confusion, writing, “That’s not what she’s saying tho, she’s saying you blocked her everywhere and that you want nothing to do with the baby. She’s spreading lies about you 😒”

Jihoon’s English is admittedly not the best, so it’s possible that he may not be able to express exactly what’s going on. However, his use of the word “friend” seems encouraging, and fans are hoping it means that he and Deavan are finally becoming effective co-parents.

Deavan has already moved on

The divorce isn’t finalized, but Deavan has already moved on with a new relationship.

Deavan has publicly announced a relationship with LA-based actor and blogger Topher Park. She’s posted about him frequently over the past month, prompting many fans to accuse her of moving on too fast.

However, 90 Day fans likely won’t get to hear about Deavan’s new relationship on the show- she and Jihoon were publicly uninvited from the Tell-All.

90 Day Fiance: The Other Way returns to TLC on October 11.